The virtual reality of virtual worlds

Dan Griliopoulos is Lead Content Editor at Improbable. He was a journalist for fifteen years.

“We’re writing a feature / launching an event on virtual reality and we’d love to include Improbable.” We get offers like this often and it causes mixed feelings. After all, it’s always very flattering for our company to be seen as a thought leader. And we're certainly excited about the possibilities of virtual reality hardware as a way to explore the huge virtual worlds our platform, SpatialOS, makes possible. But we don’t make VR hardware and we don’t make VR games, so are we the right people to talk to?

We understand that our company does something quite complex in a very new field, so people find us hard to categorise. Generally, when seeking understanding, people tend to look for familiar comparisons, and “virtual worlds” and “virtual reality” are close enough to connect.

Sky News called us "British virtual reality company Improbable", as did City A.M. C.N.N.’s headline said of us "This virtual reality startup is now worth $1 billion”. The New York Times’ more nuanced take was “SoftBank Leads $502 Million Stake in Virtual-Reality Designer Improbable”. Even our national news outlet the BBC said “UK virtual reality firm Improbable raises $500m”. This is not wrong, exactly, but it is something worth addressing.

To be clear: for us, virtual reality technology is an interface – a doorway into virtual worlds. We provide the platform that developers build those worlds on.

The unreal history of imagined realities

In science fiction culture, virtual reality and virtual worlds were synonymous. The assumption was that you’d access your virtual world or virtual reality through a piece of technology specially designed for the purpose. And that piece of technology took a variety of forms – from the familiar headset or glasses to optical projectors, spinal cables and neural meshes. Large or small, wearable or implanted, this was the technology science fiction writers thought would enable VR. 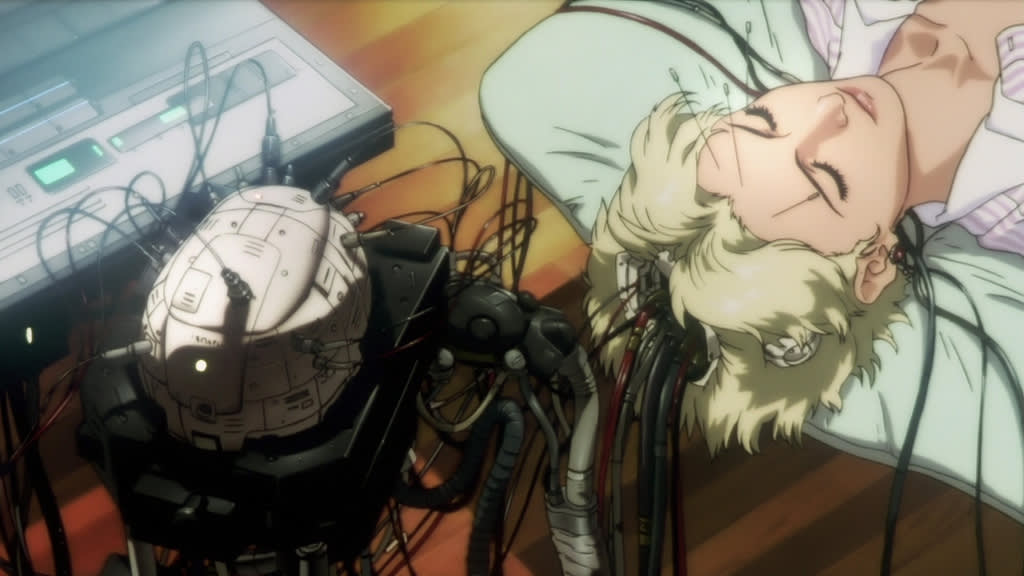 Here’s how it was envisaged by Neal Stephenson in the novel Snow Crash, as worn by the eponymous Hiro Protagonist:

"He is wearing shiny goggles that wrap halfway round his head; the bows of the goggles have little earphones that are plugged into his outer ears. The earphones have some built-in noise cancellation features. This sort of thing works best on steady noise…"

"The goggles throw a light, smoky haze across his eyes, and reflect a distorted wide-angle view of a brilliantly lit boulevard that stretches off into infinite blackness. This boulevard does not actually exist; it is a computer-generated view of an imaginary place."

"Calling what we do virtual reality, is like looking through a pair of goggles and calling them a swimming pool."

This was horribly prescient – all of the tech in that piece didn’t exist then, but does now. However, the reason we’re fastidious about the term ‘virtual reality’ is that more recent tech and games culture has altered it. This community has changed the meaning from the entire virtual world – that is, a reality which is virtual – almost entirely to the physical headset that lets you see the virtual world. Which is like looking through some goggles and calling them a swimming pool.

At the most typical level, modern virtual reality is a very limited, single-player version of a virtual world. A virtual reality world like this is the nearest we could get to the Metaverse – the virtual universe as envisaged by Neal Stephenson in Snow Crash back in 1992:

“As Hiro approaches the Street, he sees two young couples, probably using their parents’ computers for a double date in the Metaverse, climbing down out of Port Zero, which is the local port of entry and monorail stop. He is not seeing real people, of course. This is all a part of the moving illustration drawn by his computer according to specifications coming down the fibre-optic cable. The people are pieces of software called avatars. They are the audiovisual bodies that people use to communicate with each other in the Metaverse.”

“Hiro’s avatar is now on the Street, too, and if the couples coming off the monorail look over in his direction, they can see him, just as he’s seeing them. They could strike up a conversation: Hiro in the U-Stor-It in L.A. and the four teenagers probably on a couch in a suburb of Chicago, each with their own laptop. But they probably won’t talk to each other, any more than they would in Reality."

“Through the use of electronic mirrors inside the computer, this beam is made to sweep back and forth across the lenses of Hiro’s goggles, in much the same way as the electron beam in a television paints the inner surface of the eponymous Tube. The resulting image hangs in space in front of Hiro’s view of Reality…”

“So Hiro’s not actually here at all. He’s in a computer-generated universe that’s drawing onto his goggles and pumping into his earphones. In the lingo, this imaginary place known as the Metaverse.” 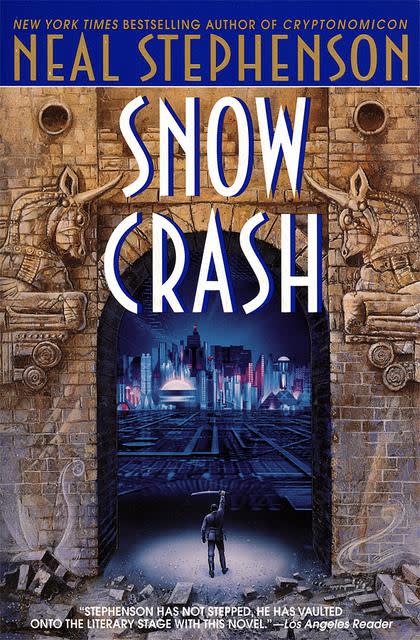 Yet, on mobile devices or on PC, modern virtual reality technology itself takes up most of the processing power of the computer, leaving little room to run the simulation. This means that virtual worlds are typically single-player or small multi-player simulations, with small, non-interactive environments. Virtual reality increases immersion, potentially, but reduces fidelity. And, when you are reaching out with your hand, reaching for a book on a shelf only to find that your hand slides off a textured surface can damage immersion even more.

So, we are a long way from the Metaverse, and even further from the Matrix.

Whilst the technology is still maturing and products for first adopters are edging towards mass-market availability, the killer tech hasn’t arrived yet. However, at Improbable we want to support virtual reality – because we think virtual reality is a major contributing technology to the mass enjoyment of virtual worlds. 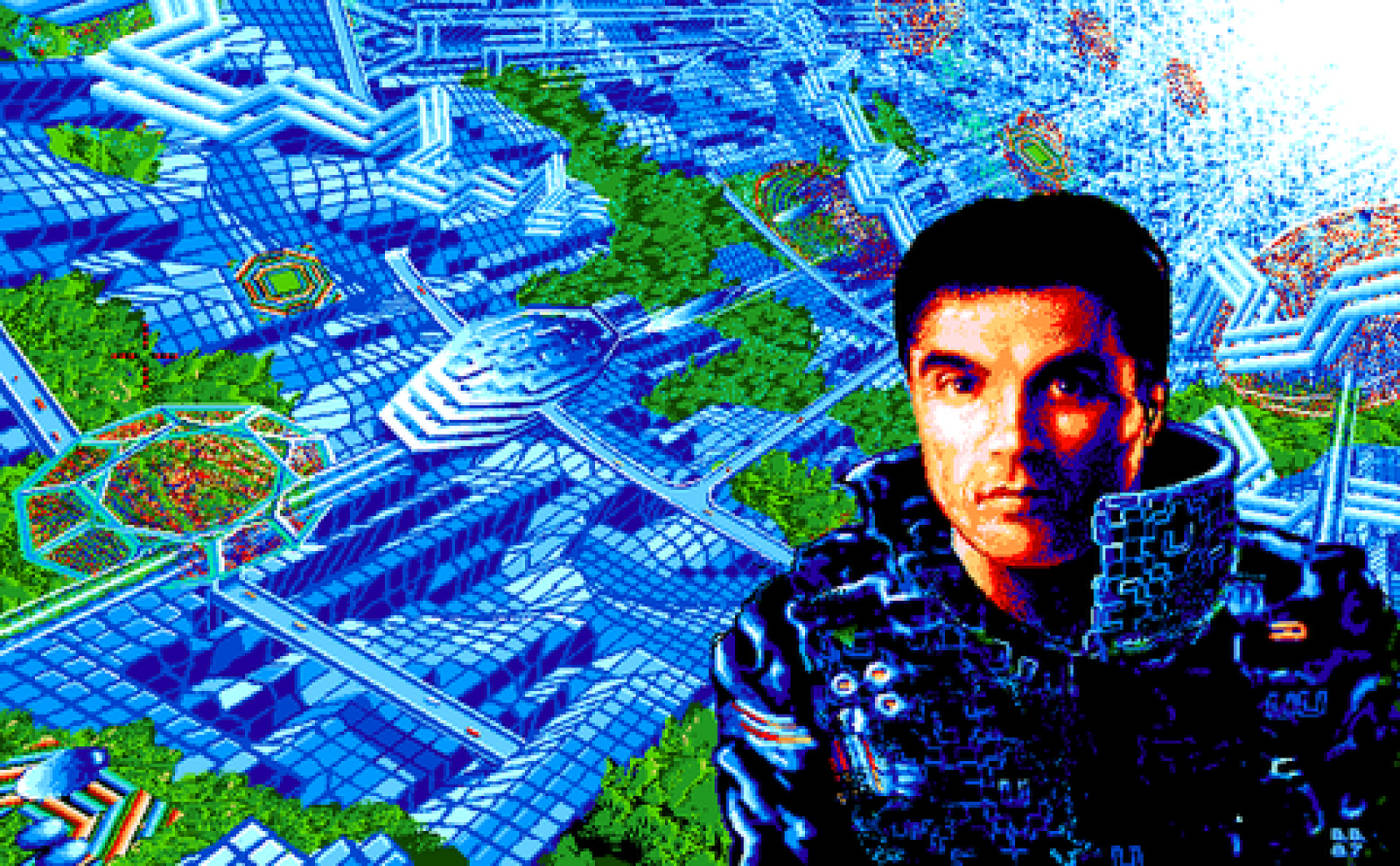 MMORPG creators have never lacked ambition, for example, Ultima Online’s attempt to create a living ecosystem (called the “resource system“) in its alpha release. However, technical limitations have funnelled MMORPGs towards a number of standardised features – sharded areas, PvP arenas, instanced dungeons, levelling of heroes, items and enemies, an expansion-pack driven story and so on. Even the most ambitious projects were limited by the platform they were built on – these standard practices have been adopted as the best compromise between the creators’ vision, the players’ desires, and the limitations of client-server architecture. There are many great MMORPGs, but huge amounts of design ingenuity, technical ability and resource are poured into pushing a little more performance out of single servers or concealing transitions between areas.

SpatialOS is changing these worlds too. This month saw the closed beta of the first of Bossa Studio’s Worlds Adrift, a massive 3D open universe with a persistent world and pervasive, realistic physics. Other games being developed on the system are equally ambitious, with Klang’s Seed bringing persistence and massive multiplayer to the civilisation-building mechanics of cult hits like Rimworld, Chronicles of Elyria from Soulbound Studios aiming to create a true MMORPG with characters who age and die, and Geekzonia being a huge social hub, which can be explored as easily with VR equipment or traditional mouse and keyboard. 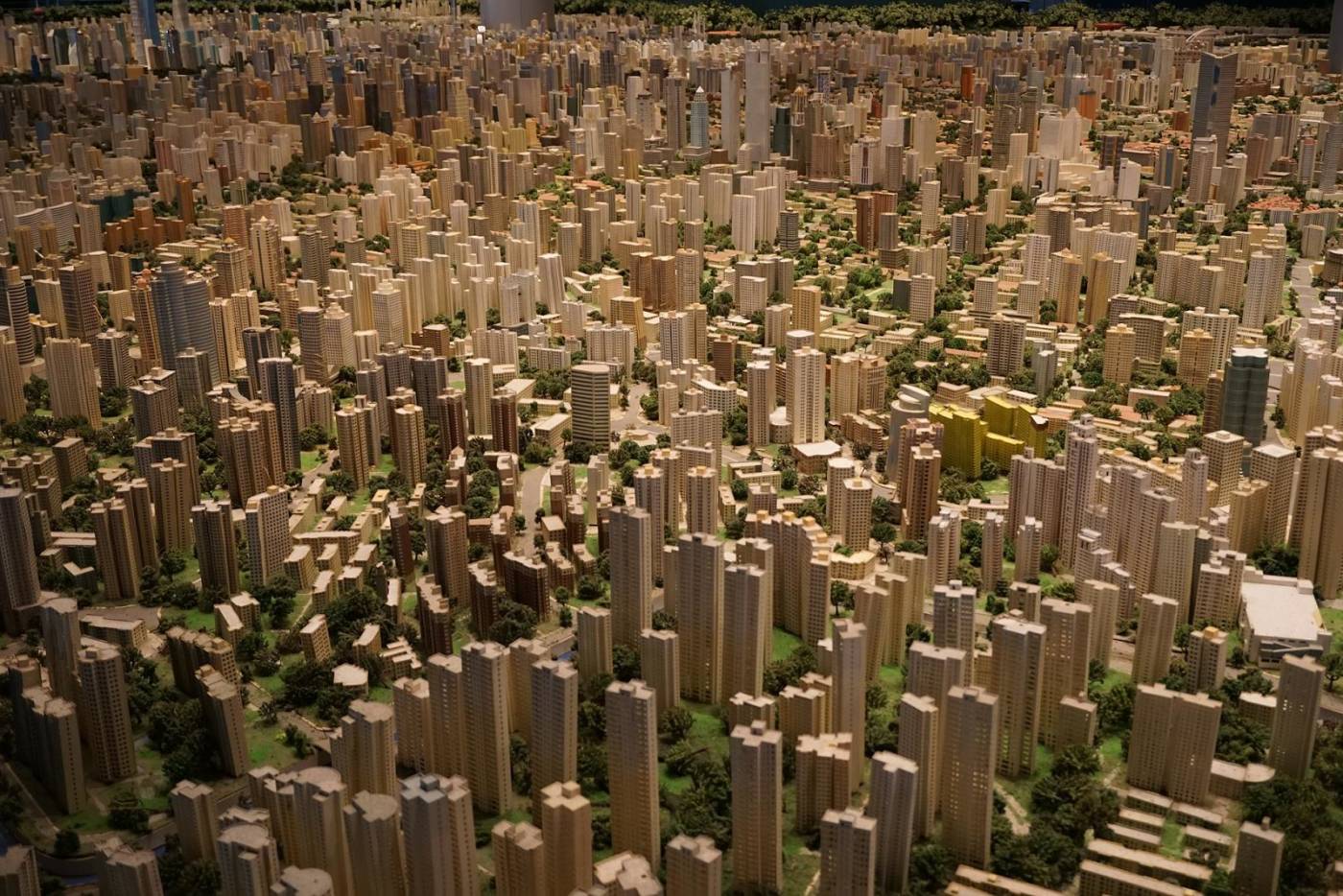 And games obviously aren’t all the possible virtual worlds. At Improbable, we are embarking on exploratory projects to better understand the potential applications of the underlying technologies that currently power SpatialOS to simulations of the real world. These projects might be used as decision support for complex systems or for scientific modelling.

Still, none of these projects is the Metaverse as Stephenson wrote it – a massive, persistent, interactive virtual world accessed through virtual reality tech. But they are all applications of modern-day ingenuity to the same desire, enabled by SpatialOS.

Find out more about SpatialOS
Discuss this article