The cost of creativity: balancing innovation with commercial success

Industry experts with decades of experience have a tendency to tell you exactly what they think. That’s why we got three of them on a call to share their experiences and discuss a key question - how do successful studios balance creativity with commerce to build profitable games?

We've pulled out three key learning areas to focus on (or, if you’d like to learn more about the gaming habits and backgrounds of our contributors, you can watch the talk in its entirety): 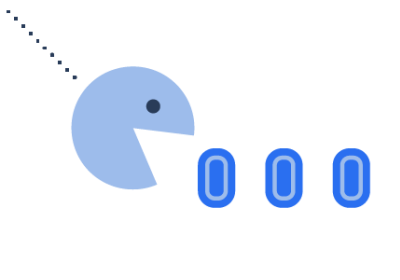 If creativity isn't profitable, it's unsustainable. 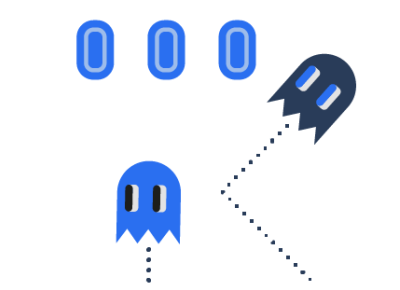 How do you balance creativity with commerce in game design?

Recalling the early days of developing Insurgency at New World Interactive Keith Warner reminds us how, historically, studios were led creatively, sometimes with a cavalier approach to hard data. “We built iteratively, we didn’t have any numbers. Bandai Namco would have eaten us alive.”

Even at seasoned studios like BioWare (owned by EA), it isn’t always easy to consistently balance between commerce and creativity.

Aaryn Flynn says Mass Effect 2 was “a perfect masterclass” in achieving that balance, taking less than two years to make. But then Dragon Age: Origins took more than seven years, mainly due to deliberations over the target console and stakeholder changes.

The trick then, as Patrick Rose reminds us, is to balance creative and commercial goals. To do this, you need to begin with the numbers, and commit to a data-driven approach throughout delivery.

Patrick gives the example of starting with a small prototype, then quickly and regularly play testing, and using data analysis from the play tests to help you see where your game is fun, and how you might monetise it. This test-learn-iterate approach continues throughout the game’s life, and long after the initial release.

On discussing the origins of Insurgency at New World Interactive Keith notes how most of the company’s leadership wanted to build premium only games – players buy the game, but there’s no further monetisation after initial purchase.

Although lower prices brought new players, this lowered the game’s value and its average revenue per user. At the same time, the studio was developing and improving the game even as its value and returns decreased.

Keith knew this situation didn’t make sense – there were clear financial sustainability issues. Since the studio was improving the game and providing a better player experience, it should be charging more, not less.

So Keith convinced the leadership team to add in-game microtransactions (MTX), which helped to reinvigorate growth and gain returns to enable further investment.

Supporting Keith’s solution, Patrick Rose advocates free-to-play or GaaS (games as a service) models using MTX. This invites players to engage with the game first, with in-game options to make small purchases for cosmetics or upgrades.

Patrick explains how this is a better model for both developers and players. It's better for developers because it helps monetise the game through its lifecycle (solving Keith's problem) and better for players because they can try games for free, and only pay if they like the game.

It’s important for game developers to consider monetisation models early in their creative development so they can build these factors into the game.

Why is managing costs important for multiplayer game development?

Multiplayer game development is increasingly complex, and managing production costs is challenging, often with hidden or unknown expenses along the way.

Our experts agreed that one of the most common (but also most damaging) reasons for spiralling costs is when development timelines get extended.

If you have a dev team of 100 and need to extend a deadline by three months, then wage bills can soon blow the budget, Aaryn points out. He suggests hiring a specialist team to help quickly solve a problem, which can help reduce the risk of overrunning timelines.

Patrick makes the point that it's easier to hit timelines if studios start projects at a small scale. Bringing back his earlier example of using a small prototype to test, learn and iterate, Patrick explains how this development method can reduce risks to costs.

Sometimes ambitious design, gameplay or story ideas have to be compromised because of budget restrictions.

Patrick Rose’s mantra when costs overrun is “negotiation, negotiation, and more negotiation.” It’s vital for the dev team and the publishers to keep talking so that an amicable compromise can be made.

As a games developer, Aaryn Flynn sympathises. When asked to cut back on content scope, instinctively devs want to retain the big pillars of a game and trim around the edges. However, this can prove too complex, since so many game elements are interwoven.

Which is why, even though it’s painful, it might be a better plan to remove a larger part of a game (for example an entire multiplayer mode) as it’s easier to cut out in its entirety. Also, if you take a GaaS approach, you can always add elements back in at a later date, or even bring in co-dev services to manage and develop the mode.

Most online multiplayer games, and particularly ones that use dedicated servers, have significant ongoing costs after the game launches, from server hosting, monitoring, maintenance and support to fixing bugs and content creation. However, all too often these costs are not considered until much later in development.

New World Interactive initially launched Insurgency and Day of Infamy on community servers. Then, when they built Sandstorm, they needed to shift to paid-for servers with monitoring and support services to help meet demand, which increased running costs.

As they optimised their business, the studio looked at how to offset hosting costs, crucially without upsetting their community of hard-core players.

The studio used a data analyst to examine what worked and what didn’t work for the game’s updates, sales and promotions. Looking at the data analysis, Keith’s team came up with microtransactions (MTX) as a possible solution.

The solution worked, leading the studio to adopt MTX as a model, effectively monetising their game while offsetting its running costs. On this topic, here’s an article we found showing how Mediatonic successfully used MTX with Fall Guys.

What should you consider when designing games for future success?

Studios might try to copy successful games, but successive hit games often seem to be unexpected – it’s hard to predict the next 'big thing’. This tells us something about the nature of the games industry.

With 20 years of experience, Aaryn Flynn sees how, as an entertainment medium, games are highly disruptable and subject to exponential changes driven by technology and lifestyles.

This is potentially an advantage to studios. As the industry continues to expand, it offers more opportunities for developers to innovate and invite new players to their games.

Maintaining a progressive spirit is a vital ingredient to success. And another key ingredient is perseverance. Aaryn professes his love for playing Fall Guys over summer (as did countless other players), however this wasn’t Mediatonic’s first game – the studio achieved its success through great creative and engineering skills, but also persistence.

This thought brings us back to an earlier point – that, to make a hit game, you need to master the art of building commercially sustainable titles. Commercial sustainability is essential to a studio’s ability to keep developing ever-greater games (and possibly score a hit title).

Analysing the appeal of games, Patrick Rose uses self-determination theory to explain how a hit game will be a strong engagement driver. Patrick notes how successful games appeal to human motivation, enabling the player to feel empowered, autonomous or socially connected.

A critical factor to creating a successful game is accessibility. Patrick argues how the next hit title is something that’s more accessible than its predecessor, giving the example of the easy (and endearingly engaging) gameplay of Fall Guys.

Accessibility is not just usability, Patrick reminds us. It also means accessible pricing. PUBG (PlayerUnknown's Battlegrounds) was a popular premium game that laid the groundwork for the success of Fortnite, a title which not only offered greater freedom, but significantly was also free to play.

Manuel, Keith, Aaryn and Patrick cover all the above plus a lot more. You'll learn about their early days in the industry, crucial decisions that enabled their studios to succeed, and what they believe it takes to make the next big hit.