From Prussia with love: A history of simulated war games

Robbie Lee works as a writer for Improbable. He previously worked for MMO creators Jagex and Wargaming.

Here at Improbable, we believe that technology can help answer the world’s most important questions. How do we prepare our cities for autonomous vehicles? How can we build an architecture to combat cybercrime? Who would win in a fight between 20,000 chickens and 1,000 medieval knights?

And nothing drives technological advancement quite like war. But could the same be said for simulation technology? After all, the relationship between games that simulate war and the progress of simulation tech has always been a close one. Game franchises like Total War and Civilisation are not just genre classics but cornerstones of the entire medium. And firms behind games like Kuma\War and ARMA 3 also work on military simulators. The 1983 film WarGames even imagined a easily-crossed line between simulated war and nuclear apocalypse. 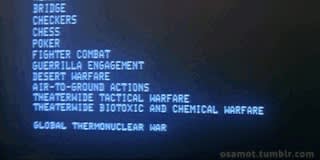 Improbable is certainly not trying to build amoral supercomputers, but we do think that the shared lineage between large battle simulators and the games made possible by our SpatialOS tech is fascinating.

So why are people so interested in battle simulation? Perhaps the real question is why has warfare been so ripe for simulation?

From a broad perspective, you can identify that people just seem to enjoy watching things unfold. What is it about a marble run that we find so captivating? Why do we spend ages setting up lines of dominoes only to knock them over again? Perhaps we like these things because we are in love with cascades of consequences. We take joy in noting a series of expected and unexpected results. This, you could argue, is the most abstract and simple simulation programmed into our minds – what happens when I do this?

Warfare takes this basic idea of simulation to the Nth degree. Historically, war involved huge numbers of people and things acting in complex or coordinated ways. Being able to control a domino falling over (and subsequently what that does to other dominoes in the vicinity) is one thing, but being able to control platoons of soldiers or battalions of tanks is another. 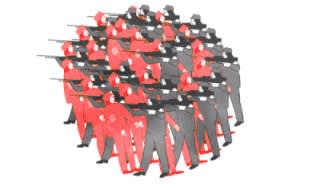 It is precisely this degree of scale and diversity of entities that makes warfare so compelling to simulate. The more entities within a simulation and the grander the overall spectacle, the more it grabs us. And, as a massive battle simulator like UEBS demonstrates, people enjoy watching things unfold spontaneously in virtual worlds even without large amounts of agency over the simulation.

From Prussia with love

This is not a modern obsession either. We’ve been playing soldiers for a long time. Chess – wooden warriors – dates back to 6th century India, where it started life as a military simulator. HG Wells brought battle simulation into the anglophone mainstream in 1913 with his book Little Wars (available for free.) The book contains a set of rules that turn inanimate collections of toy soldiers into a complex – relatively speaking – simulated battle. 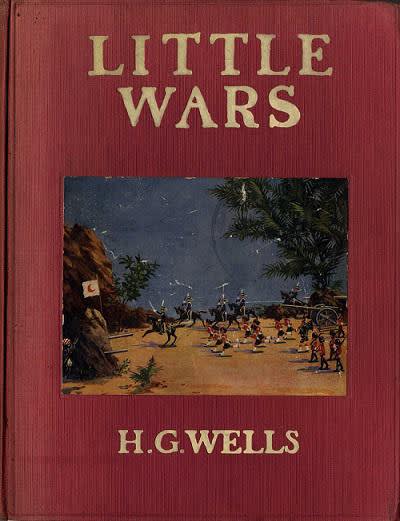 However, Wells’s game was actually predated by a Prussian ruleset called Kriegspiel. This employed a special table with wooden counters that represent different kinds of military unit. While both games were designed with children in mind, Kriegspiel quickly took an unprecedented step for a battle sim. The Prussian military adopted it as a training method.

"This is not a game! This is war! I must recommend it to the whole army!" General Karl Freiherr von Muffling, Chief of General Staff, Prussia.

Here we see the foundation of a new idea – simulations of serious topics can give real world advantages. With such powerful political and military backing, any technology would begin to develop more rapidly – battle simulation was no exception. 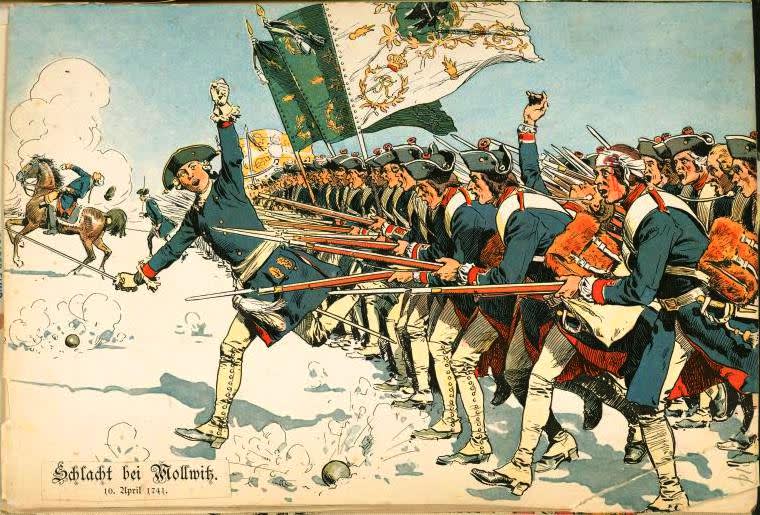 It makes sense. Simulation offers a godlike perspective and godlike powers. You are given the ability to zoom in and out of a world because you control some or all of its variables. For instance, understanding the tactical reasons behind Harold’s defeat to William the Conqueror would be a lot easier if you could rebuild the hilltop position that his men descended from in their ill-fated charge. You could do this by marching to Hastings with a shovel – or you could do it on your kitchen table with Kriegspiel and a copy of the area’s historical and geographic records. 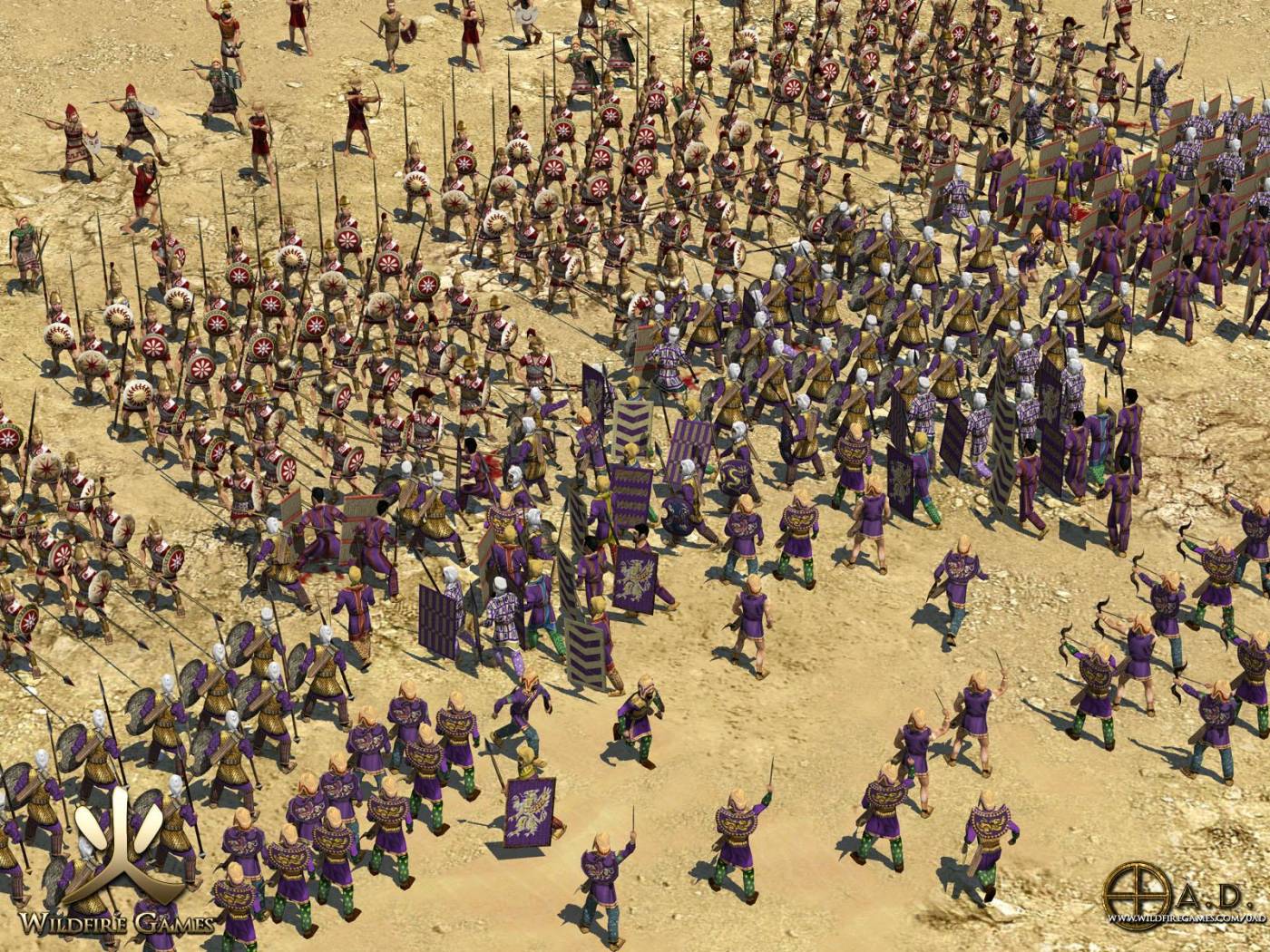 But turning a child’s game into military prediction machine does not come without consequences. The trouble with seeking the truth in a simulation is that you need to ensure that it’s filled with as much detail as possible for the most accurate reading, which can undermine the ‘fun’.

For example, take a look at The Campaign for North Africa. This is a ten-player recreation of the WWII campaigns, which has a suggested playtime of 1,000 hours. Much of this game’s ‘play’ is just laborious pen and paper calculation and logistics that a computer can do much better.

Wooden counters might have solved the problem of scaling armies down so they could be viewed from a higher perspective. However, they do not (and by their physical nature cannot) replicate the complex behaviours of soldiers in a field. The arms race for high fidelity simulation of war starts here and continues all the way up to technology like SpatialOS.

The early-to-mid 20th century saw incremental steps towards increasing the fidelity of war simulation. Little Wars for instance, transposed artillery into a toy catapult or pop-gun that launched wooden pegs – a bit like a player kicking a ball in tabletop soccer-sim Subbuteo. It was a stat, but you can imagine how little realism this really adds – what about environmental factors that affect gunnery, like wind or rain? 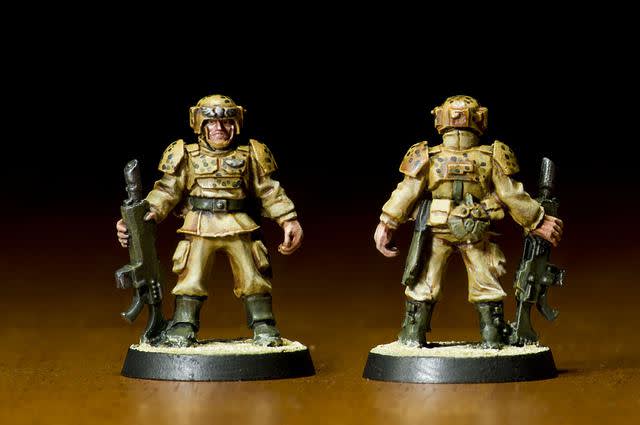 The next step was to move from crude wooden figures to highly detailed and characterful plastic figurines like in Warhammer. Games like this also developed more complex rule sets than their predecessors for terrain and the effect that, say, boggy ground would have on a unit traversing it. But these changes were still largely aesthetic. Nothing could change the fact that inanimate objects do not move on their own and do not behave like the living things they represent. Soldiers in real life, for example, might not want to do the things that you, as a general, ask of them.

To simulate more complex behaviours of entity and environment, wargaming needed to find a much greater shift than the move from wooden counters to plastic elves. Computing provided the way.

Battle sims in the age of compute

With computer power, the ability to scale was easier than ever and new levels of fidelity could at last be attempted. At first, in-game cameras were quite static and war simulations looked more like Google Maps than Gettysburg. Eventually, as processors became more powerful and graphics cards began working their magic, higher levels of realism were possible. Even games with as much complexity as The Campaign for North Africa can now be played by one person in half an hour. 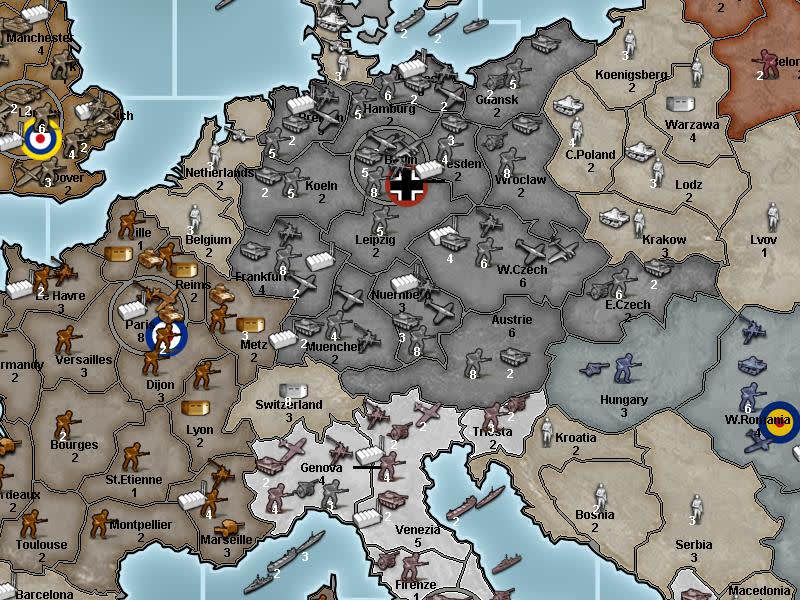 But breakthroughs in the field of artificial intelligence are perhaps the biggest single contribution to this. Spartans imbued with computer AI could be programmed to fight like Spartans, with their discipline and stamina allowing them to out-phalanx other Greeks. Romans could be programmed to resort to their testudo formation when appropriate. Morale mechanics could be designed so that units flee if you give them confusing orders or haven’t fed them the night before.

This could all sound pretty niche. Apart from Peter Cushing, not everyone cares who would have won in a fight between Elizabeth I and Genghis Khan, even if you could now simulate it with a mass of historical data. Yet I’d argue that there is a significant mainstream desire to interact with simulations outside of hobby wargaming – war sims are very much a part of popular culture.

Even primetime TV (in the UK at least) has been infiltrated. The BBC’s gameshow Time Commanders, which is powered by the Total War game engine, has recently been revived after a few year’s absence.

Mobile games like Clash of Clans also show mass appeal. Many people who might not even consider themselves to be gamers enjoy the thrill of battle, even while commuting to work. Clash of Clans isn’t a simulator per se, but it is certainly evidence that people are open to a digital life that revolves around war play.

It’s against this gaming backdrop that our own simulation technology, SpatialOS came into fruition.

How can SpatialOS improve battle simulation?

SpatialOS enables the creation and cloud-hosting of enormous virtual worlds. It does this by exceeding the power of a single game server or engine. In theory, a world built on SpatialOS could be as big as you like, with as many complex unit types as you need. This is why we feel that our tech could be the next stage in battle simulation.

SpatialOS essentially does a lot of the heavy lifting. By leveraging the power of the cloud and distributing compute across multiple cores, the levels of fidelity and detail of this simulation and all of its constituent entities could also increase. That enables developers to focus their time and budget on features like complex terrain and AI. As SpatialOS is multiplayer by default, it has the potential to create a battle sim where multiple players control the same army, to replicate a military hierarchy.

Given the current resurgence of interest in battle simulation, it would be good to see how people would react if a developer chooses to build the next hit battle sim with this depth of real-time complexity. And if they do, we’ll see you on the battlefield!