Klang’s Seed is an MMOG that takes equal inspiration from real-time strategy games, The Sims, and social media. In Seed, you manage the everyday happiness of a group of characters living on an alien planet after Earth has been abandoned. Mundi Vondi is co-founder of Klang Games and here he talks about the game’s concept, ambitions and integration with the SpatialOS platform.

If you want to build an online community populated entirely by players, how could you ensure that enough were online at the same time to make the community function? How are you going to make sure that everyone isn’t only interested in running around and killing each other? More interestingly – is it possible to get to a point in the life of a virtual world where players will want to walk on the sidewalk like an actual human being instead of side-strafing everywhere?

Seed is an MMO in which we are trying to attack these kind of problems head on.

The sound of Klang

We are Klang Games. We’re a Berlin-based developer with just five full-time staff, with experience on successful launches and some big backing. We have over 20 years experience in developing games from large scale MMOs to console FPS titles, notably at Eve Online developer CCP, so we’ve seen the power of a purposeful multiplayer world working first-hand.

We heard about Improbable very early on and were intrigued by the big idea. A couple of years later we met at Slush and started talking. This is why we are currently working on a game called Seed which is being made on Unity and Improbable’s SpatialOS platform. 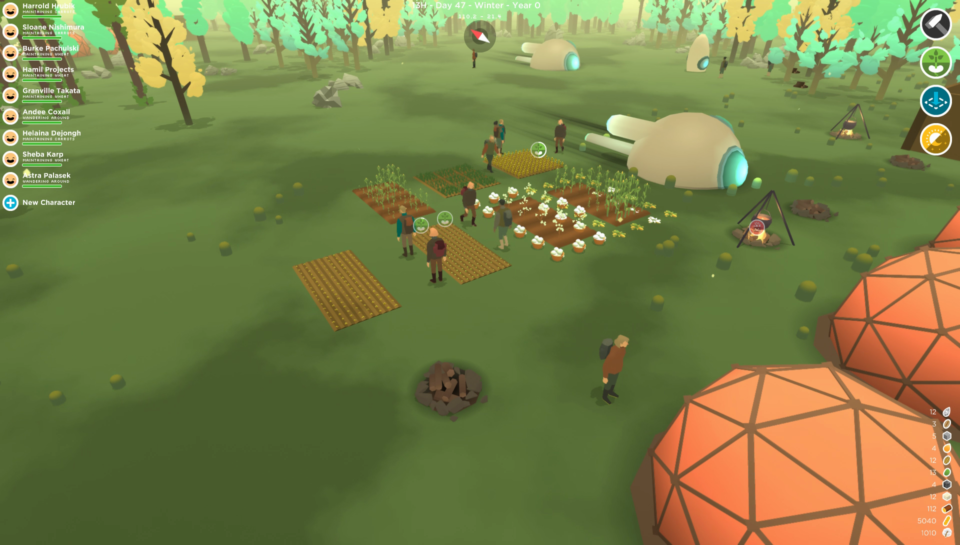 The idea for Seed began over ten years ago, at a time when we were playing a lot of real-time strategy (RTS) games. Our initial thought was simply; ‘how could someone make a proper RTS game in the massive-multiplayer sphere?’ Typical RTS elements like base building began to feel redundant when we started thinking more and more about the kinds of communities that were developing online and in video games around that time.

We soon realised that we were more interested in how you could make a believable functioning community in either an MMO or in a game in general. Our initial ideas for how a game like this would look were quite utopic. We want to build a world where every person, every character, is somehow related to every other player. 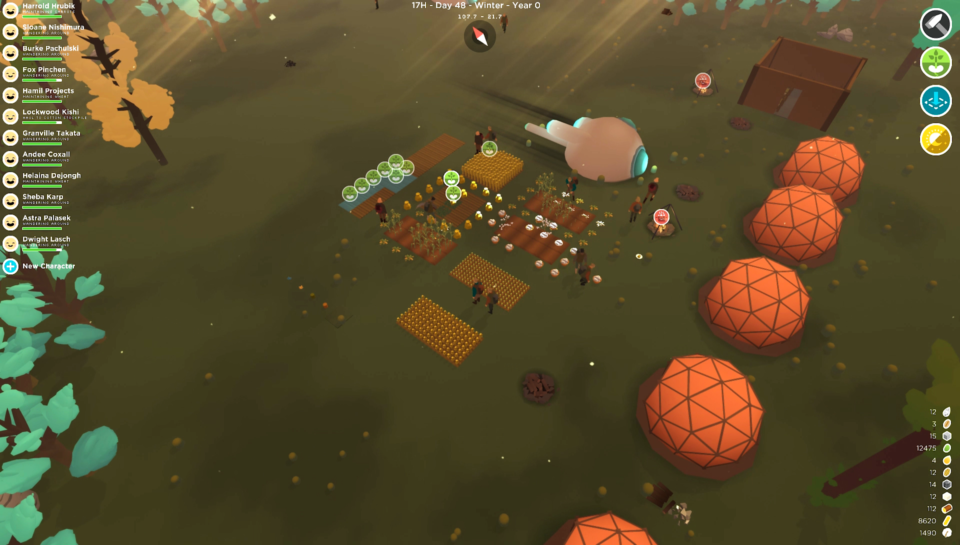 In Seed, you must manage the lives of multiple characters who live in the game world and progress/grow on their own – kind of like characters in The Sims. Your characters are always online but you can take control of them whenever you want, as if you had a kind of secret entrance into their minds.

The object of the game is simple. You have to maintain your characters’ happiness levels by ensuring they are fed, comfortable and alive. As things happen to them organically through events in the gameworld, or as you succeed and fail to keep them sane, so your characters will grow, maybe breed, and so your endgame will vary immensely.

This makes Seed a kind of anti-grind MMO. The boring thing about most traditional MMOs is that you have to kill a thousand-million crabs before you can get to anything fun. We want to avoid this in Seed by having characters live their own lives too. This means that the village you live is more like a living breathing community, almost like a social network as everyone in it depends on each other in various, changing ways.

In some respects the early MMOs themselves were the first step in the social-media movement, but no-one has taken this idea its whole length. If you think about a game like Clash of Clans, for instance, you could call it an MMO because everyone is in the same world, but it’s also more like a social network because it’s more focussed on being continually online. 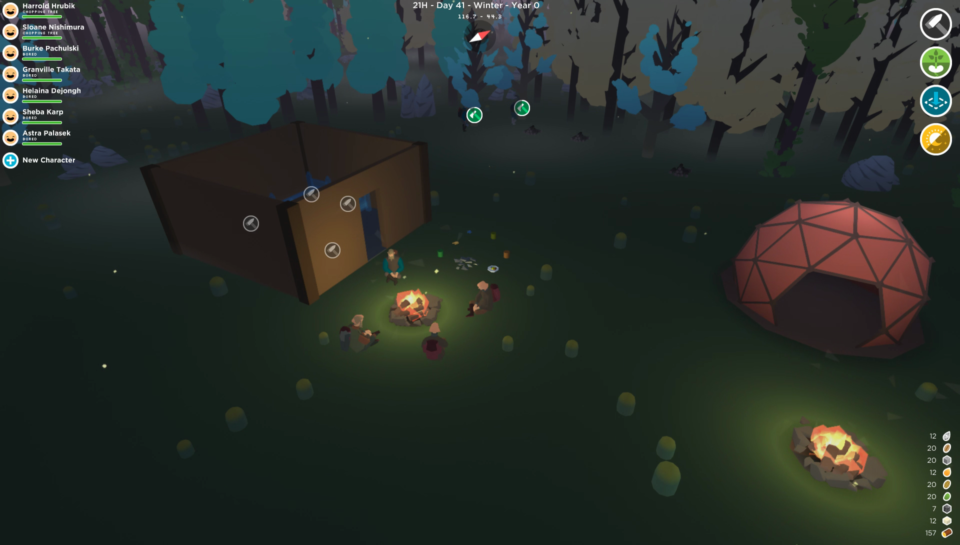 Powering a world with social-media thinking

Taking our knowledge of social networks and building a game that drives forward these more modern ways of thinking about online communities is part of the key design of Seed. We’re not talking about building a game that just has Facebook as a plug-in! Seed will not just be a social space – it will be a full-on computer game but one in with social features as a crucial factor in creating a living environment where the things you do will have a cause and effect.

We hope that a social-media influenced environment like this can build stories. The end game of Seed will be emergent and will change a lot during your play. You’ll just end up in scenarios. One day it might be the case that somebody in your family has been kidnapped by other players from another village, and you have to rally up your friends to get them back. The next day you might just be working your usual job in a factory making something for other players so that you can earn the living that maintains your characters’ base happiness.

You will always want to make more babies

If your characters breed, you can create genetic benefactors that will improve your DNA. The idea is that the next generation of your characters will benefit from the learnings of ones that have passed. You will always want to make more babies!

Join our community forums to discuss this article or find out more about SpatialOS. Or download the free SpatialOS SDK for games and start experimenting now!