We hopped over to Copenhagen for the 10th anniversary of the Nordic Game Jam. This year, Nordic Game Jam brought together over 900 developers, designers, artists and game lovers for a weekend of building games. As if building a game with amazing developers from all over the world wasn’t enough, the event begins with a mini-conferencefull of speakers from well known names, such as Unity, Blizzard and Indie Train Jam. Headlining the Copenhagen Games Week, the 10th Nordic Game Jam was at its biggest yet, and we were really excited to be a part of it!

We sent a crack squad of developers to take part in the jam, with Rob (CTO), Paul (Head of Product), Callum (Customer Engineering) and Marcus (Web tools). The event was a great opportunity to have some fun with SpatialOS and do some aggressive dog fooding. Keep an eye on the blog to find out how we built an MMO in 48 hours, more on Toxic Justice Squad coming soon!

The event kicked off with a party, showcasing some of the games built in previous years. As well as serving some very clever game themed cocktails – “Too many designers” is not only deadly for game jam teams, but apparently also alcohol content – the party gave this year’s attendees the opportunity to see what a jam-winning game looks like. 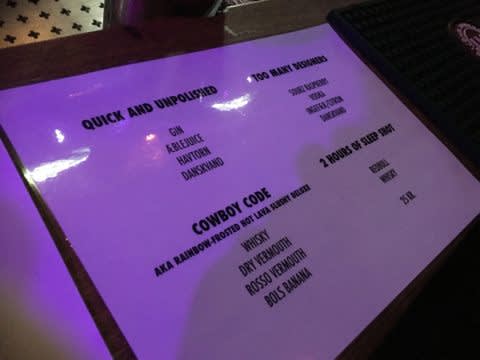 Despite the party running until 2am, the conference was full next morning as people came to enjoy a full programme of fantastic talks. We got to check out a few of the talks, learning a lot about “designing to the left” from Framebunker, and some crazy shader magic from Unity’s Andy Touch. We were very happy to be included in the schedule alongside such great speakers, with Rob delivering “Building Simulated Worlds”.

The ending keynote was delivered by Blizzard, with a talk by Lead Designers Jesse McCree and Kevin Martens. Besides giving some great insights into game design and development at Blizzard, they also included a lot of great game jam tips.

The jam took place from Friday night to mid-day Sunday. The theme, LEAK, was of course leaked ahead of its scheduled 8pm announcement, giving teams a little bit of a head start in brainstorming. A good game jam theme guides thematically, but doesn’t restrict, and this was a great one; interpretations varied from government documents, to fluid dynamics, to spinning vegetables.

Events of this length give an opportunity to interact with and meet with so many of the other attendees, and see what they’re working on. It was great talking about our game to so many teams who stopped by our table, as well as getting to play a game of leek snap, plug leaks in a wall, and have a gruesome monkey knife fight.

One of our favourites was a group of students, building a really clever state-based game that reminded us a bit of Gish, with adorable hand-drawn assets. The closing ceremony brought everything together, taking place in the spectacular Imperial cinema, where the top 15 demoed to the whole jam. The quality and polish at this level was spectacular, and everyone was well deserving of the opportunity!

See you next year!

Taking part in Nordic Game Jam was an absolute pleasure, and we were very proud to be able to both sponsor and participate. Thank you to everyone we met and who took time out of their jam to chat to us, and we hope to see you all at Nordic Game Jam 2017!