Dr. Konstantinos Dimopoulos is an engineer and urbanist, with a PhD in urban planning and geography, and a love of videogames, evidenced by his many articles on RockPaperShotgun, Gamasutra, Indiegames.com and more. He is currently working on the urban aspects of such games as The Sinking City and Cyberganked. Follow him on Twitter or visit his site www.game-cities.com

Large urban formations are systems of virtually-infinite complexity. Capturing their essence on maps, 3D recreations, detailed plans, or elaborate statistics is all but impossible. The vast data tables managed by state-run institutes assisted by armies of scientists fail to convey the sense of civic life a talented writer can – and even she will have to imply a lot if she really wants to succeed in her conjuring of a believable urban atmosphere.

(Unless she’s Alan Moore, in which case exhaustively detailed descriptions of Northampton are to be expected.)

To make matters more daunting, the bigger cities get, the more complex and dynamic they tend to become. It is this combination of size, perpetual change, density and complexity that makes London, Paris, or New York the fascinating places they are. It is indeed those very same attributes that also make digitally modeling and simulating believable cities such a herculean task, which only rarely manages to capture hints of actual urban vibrancy.

Said task isn’t Herculean only when it comes down to the assets or lines of code required. Simulated and/or game cities are incredibly taxing in regards of computing power too. In fact, judging by the almost constant evolution and improvement of digital cities over the past decades, I would argue that virtual imaginary urbanism can only be further revolutionised when standing on the solid foundations that abundant computing power can provide. 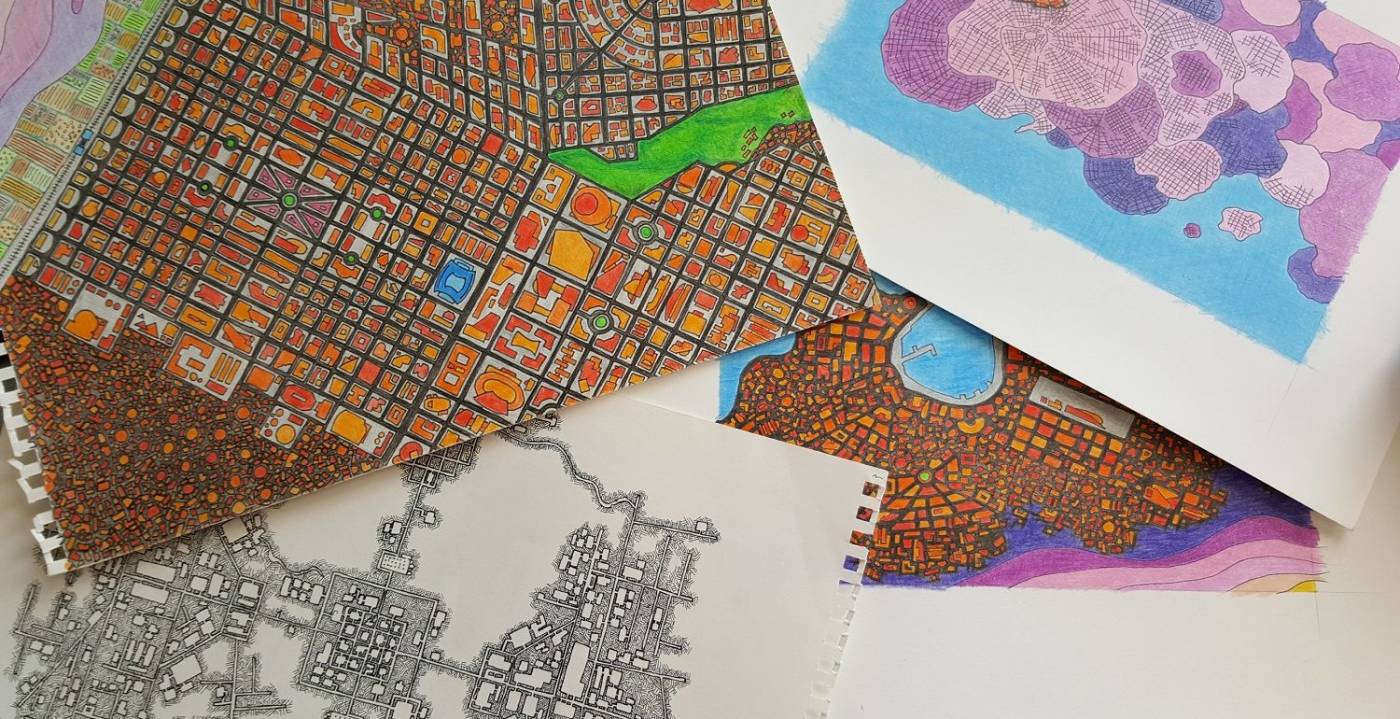 I won’t pretend to comprehend what makes SpatialOS work, but I do understand that it allows access to massive amounts of processing power and data storage over several servers, and is thus able to support huge, detailed, and persistent online worlds. Worlds that, as an added and rather crucial bonus, are relatively easy to craft, change, and maintain, while also being able to both exist and evolve without players, and yet also adapt to player input when it is provided.

Interestingly, there’s a city metaphor right there. Cities shape and are shaped by us, yet simultaneously exist regardless of our individual presence. As SpatialOS allows for spaces that can permanently and dynamically respond to players’ actions, it can also act on a very fundamental level as a potentially close simulation of the actual forces and procedures that dialectically produce a space.

"More importantly, I believe that SpatialOS is the only platform that could actualise my dream project of a city-building multiplayer game that would follow proper historical, societal, and geographical procedures."

What’s more, and once again like real life settlements, SpatialOS can theoretically scale, and add complexity to itself in order to support growing populations. With limitless computational resources our simulations can be both deep and wide. They will allow for systems that can handle thousands of buildings, tens of thousands of cars, millions of digital citizens, and the hundreds of rules regulating their digital existence and function; if nothing else, the technical barriers holding back urban simulations have been smashed.

It seems that a solid foundation for ambitious imaginary city constructions has already been established. It is a platform that can support cohesive, unsharded urban formations where player crafted objects, networks, and buildings will remain in place, and co-exist with developer-authored constructions and geographies. These will be virtual places governed by physics, systems, and urbanism rules that reside in the cloud, and can thus be both numerous and complex enough to create convincing illusions, or realistically model parts of an actual city.

Freed from old technical shackles, artists could flourish. World builders, urban planners, architects, graphics artists, geographers, programmers, sound specialists, and animators will be free to create believable urban spaces, without having to constantly push against tech limitations. Provided basic systems have been implemented, they will not even have to address every single detail themselves.

No one, you see, will have to script or record the particular soundscape of each square, as it will simply emerge by combining the sounds of passing NPC or player driven vehicles, pedestrians, local shops, the wind moving through the leaves, or even the occasional barking AI dog. 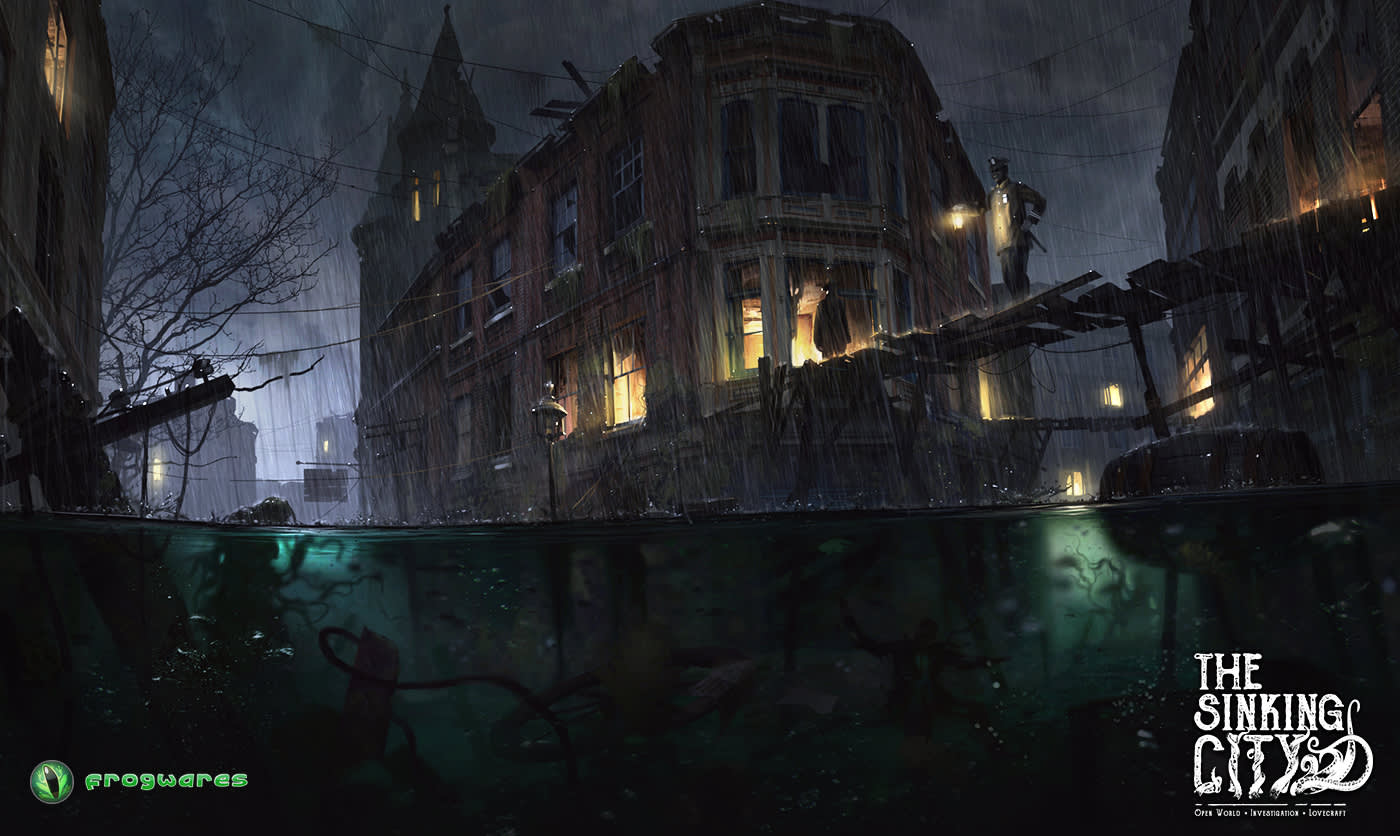 Similarly, natural traffic flows comprising of both players and AI will fill the streets with activity, and hopefully incorporate player-designed vehicles. Even more excitingly, I can’t help but imagine players attempting to profiteer by becoming real estate moguls, exploiting the more beautifully-designed parts of the city, and uniting other players and NPCs against them in a showcase of impressively-accurate urban politics.

Provided ways of modeling and reacting to the social presence of gamers are developed – ways that go beyond crafting or leasing – we can expect all sorts of emergent situations that will amplify and help evolve the designers’ original city. These will add a sort of life and variety that can only be achieved collectively.

As game cities and virtual urban geographies have already made huge strides, we can finally attempt to achieve excellence in world-building, by providing both players and designers with the tools that will allow them to realistically shape and influence even the most exotic of environments. Who knows what superstructures will emerge, or how players will experiment with massively-collaborative city-building projects.

Scale and complexity aside, a major problem facing virtual cities has been failing to provide the sense that everything has a particular purpose in its context – failing to showcase the fact that expert and amateur minds shaped the environment according to their needs, ideas, and eras. Additionally, modern gamers are themselves experienced urban dwellers yet game cities are rarely good at making sure that every single civic function meets their expectations.

Sometimes this is down to bad design. We have been trying to elevate suggestion and abstraction to art forms, yet we still occasionally miss important things. Importantly, we have to be economical on assets, memory, and CPU time too, thus maximizing our needs for abstraction and new smoke and mirrors. We keep on wrestling with technical stuff, instead of focusing on the really exciting and frankly exotic opportunities that digital space provides. 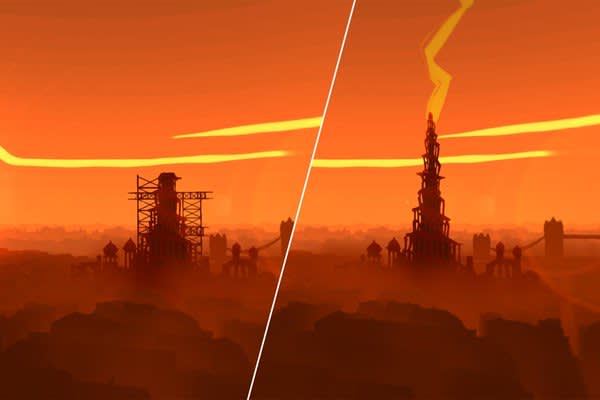 For example, we have to create multiple models for a building to be shown according to its distance from a view – a huge waste of resources. Similarly not having to think about storing massive amounts of data, or the burden of updating persistent worlds can also be liberating, as can the knowledge that any number of buildings is feasible.

Add in the fact that we are freeing the end user’s hardware from massive computing loads, and we can hopefully do wonders. When a world engine can handle the physics of erosion and water dynamics, and we have city wide regulations determining at what point bridges need to be inspected and fixed, we already have a system in place that can provide believable and interesting civic actions, and thus help with spatial immersion. Interestingly, it’s a system that can be incredibly “assets light” too.

"We could recreate and attempt to understand ancient Athens and its early democracy, feel the forgotten power of Carthage, explore the ancient metropolis of Rome, or just wonder at the magic of Tenochtitlan."

A touch of realism

Of course, even when several such systems are in place, along with the impromptu systems players will create, not every conceivable urban element can be included. Even a creative team of hundreds along with thousands of players cannot really recreate what took millions of people centuries to create. We’ll still have to simplify, generalise, abstract, and come up with lean models for urban simulations.

Besides, a finite amount of resources can impose natural-like limits on infinite computing power. Wisdom, and a sense of elegance when deciding what is systemically relevant can never be done away with. Especially in the first steps of building the simulated cities of the unprecedented scale and complexity SpatialOS can allow.

I can’t help but feel that an initial strong design, coupled with persistence and the agency of a thousand users, can create new layers and new stories for the city. Which, over time, will create a truly living, breathing, and completely immersive urban environment, that has been layered according to its needs and restrictions.

More importantly, I believe that SpatialOS is the only platform that could actualise my dream project of a city-building multiplayer game that would follow proper historical, societal, and geographical procedures.

Gaming aside, SpatialOS could finally allow for the modeling of ancient cities, and the simulation of now lost urban worlds. We could recreate and attempt to understand ancient Athens and its early democracy, feel the forgotten power of Carthage, explore the ancient metropolis of Rome, or just wonder at the magic of Tenochtitlan. 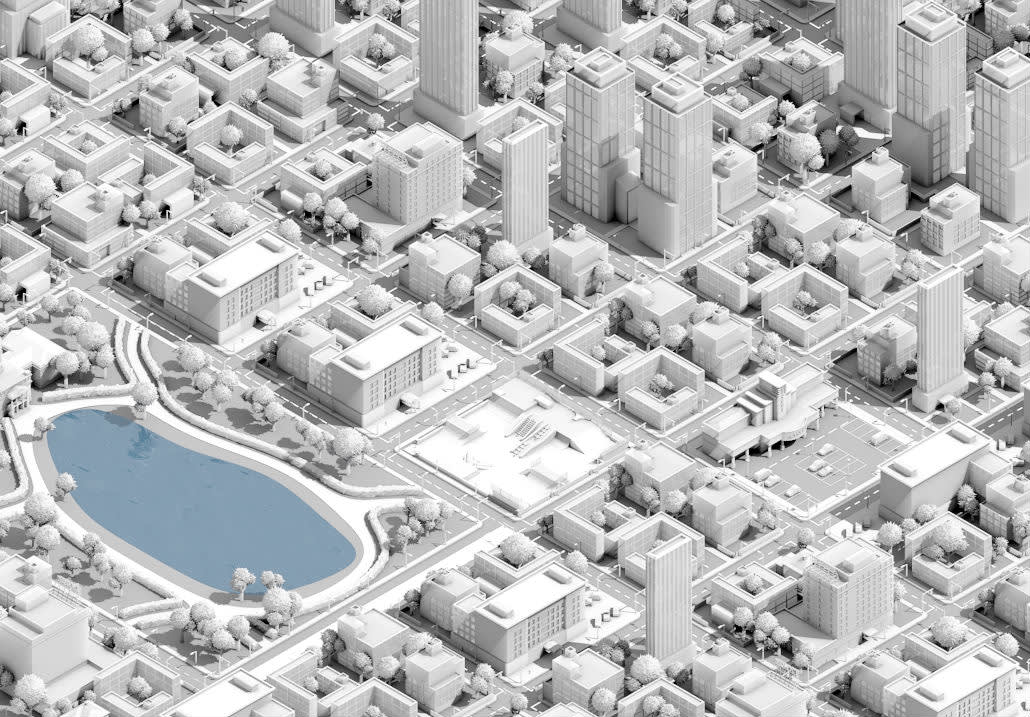 Do Androids Dream Of Black Mirrors?

Then again why stop at attempting to recreate cities from the past? Why not attempt to build and experiment with imaginary utopian settlements? Test dystopian hypotheses? Why not even attempt to build complete simulations and attempt to model and predict reality? Why not use virtual cities as tools to guide human urbanism?

Well, that’s where things could become slightly dangerous, judging by the examples of the ludicrously-failed economic models based on MMORPGs. Any economy that fails to take the need for actual shelter and real food into account is doomed to never approach reality. And no model, however clever or objective, can ever move beyond its set parameters and algorithms. Beyond the ideology and beliefs of the people who constructed it.

Convincing simulations will of course remain a wonderful tool for exploring possibilities – as long as we do not try to pass them off as truly objective and infallible.

Like what you’ve read? Find out more about how our SpatialOS technology works.

Discuss this article now on the SpatialOS forums.