Geekzonia is not a game – it’s a social VR space that describes itself as “a 24/7 virtual reality Comic Con for every kind of geek.” It is currently being built in Unity and SpatialOS. Peter Dobson, CEO of Eventual, explains more.

‘We’re building the Matrix for geeks’ is what I had to stop myself telling everyone. The funny thing is that, when you start talking about building a VR world in SpatialOS, it’s easy to get a bit carried away. Talking about “unlimited scale” and “unlimited user numbers” can go over people’s heads. For example, if we’re pitching to a venture capital fund, we usually find that they don’t know their Matrix references!

So we also talk about Geekzonia from a business point of view which is simply this: people love going to Comic-Con and similar geek culture conventions in real life so what we are doing is offering them the same thing in virtual reality but 24/7. (Even if secretly we are still building the Matrix…)

Simply, Geekzonia is a virtual reality social space built in Unity with SpatialOS. It’s a place for meeting people with all sorts of geeky interests and talking to them. It’s also a place for hosting events so we’ve already been talking to talent management agencies. If you’re used to making celebrity appearances, then this allows you to do it from the comfort of your own home!

In terms of functionality, you can log in to Geekzonia, move around its 3D space and talk to people. We believe that walking around and talking are all you really need for an immersive social experience in VR.

However, we knew from the start that this wasn’t going to work if we were limited to just 20 or 30 people in a room. Some of the other social VR apps like AltSpaceVR are great – they’ve got all the user customisation and things like that – but you’re still talking about small-ish rooms. I knew that our project had to have big, wide, open spaces that could fit loads of people to get that crowd effect going, like a 24/7 virtual reality Comic Con. 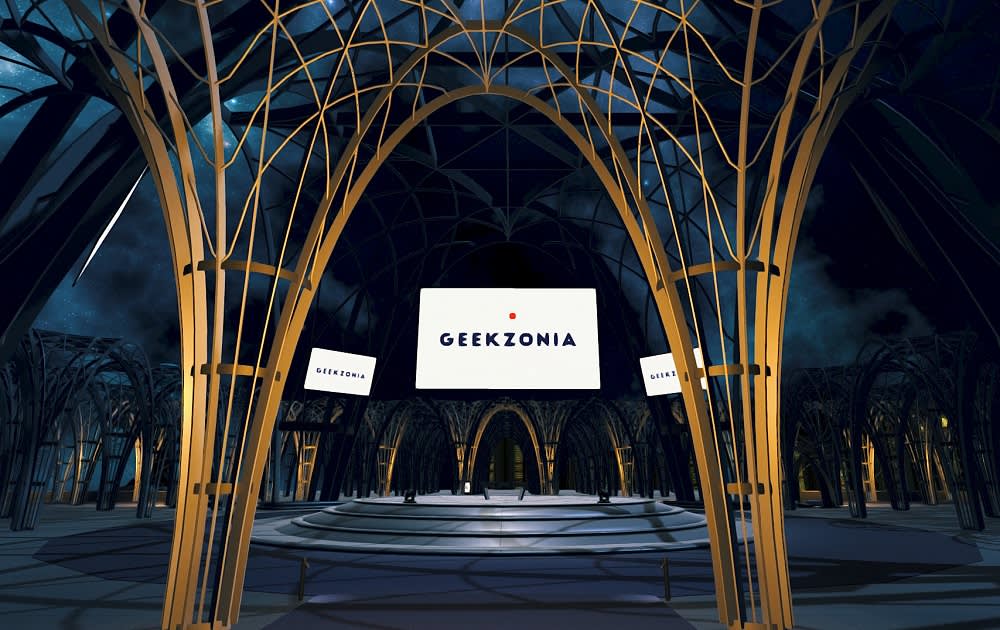 Every hero needs an origin story

One of the the reasons we started developing what would eventually be Geekzonia was my partner Steve Walsh’s frustration with the physical limits of his shops. Steve is a co-owner of the UK-based chain of geek-culture-oriented cafes called Geek Retreat. You can go there to meet people with similar interests, play games like Magic: The Gathering or all sorts of board games -you name it. But they also run a load of events which often end up massively oversubscribed and you just can’t physically fit all the people into a shop.

“I knew that our project had to have big, wide, open spaces that could fit loads of people in to really get that crowd effect going, kind of a like a 24/7 virtual reality Comic Con.”

We started exploring virtual reality for the shops when we were at TEDxGlasgow in 2016 and met the owner of a VR design studio in Glasgow called Soluis. They now work with us to carry out the majority of the technical work on Geekzonia. It dawned on us quickly that simply having a virtual reality retail store wasn’t perhaps the most compelling use case. We didn’t think people would get into VR just to go shopping but agreed that there was certainly something in the idea of going to virtual reality events and meeting up, almost like a VR comic con. But how could we make it happen and how could we make it as big as we wanted it to be? 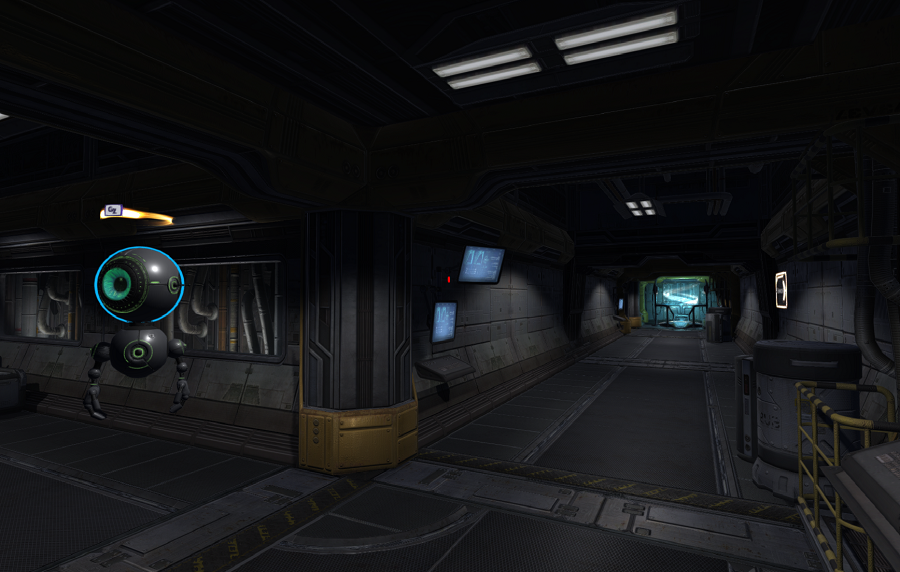 I’d actually heard about SpatialOS in a bit of a random way. I was trying to set up a company called Improbable Technologies – a project that didn’t ultimately get off the ground – and stumbled across the name Improbable when doing my due diligence. I immediately thought “hold on, I wonder if we could use their technology for what we were planning?” – it was massive.

Improbable have actually been really helpful, especially as they have recently been working on their support for developing VR in SpatialOS. The latest version even included VOIP components working on the platform – a help, as audio communications are honestly one of the most tricky (but totally necessary) things to get right in VR. There’s so many different variables in terms of users’ computing power, internet connection, microphones, speakers, making sure the headset is set up properly.

“Improbable have actually been really helpful, especially as they have recently been working on their support for developing VR in SpatialOS.”

As well as giving us the power to scale, SpatialOS offers a persistent world. This means that there’s only going to be one Geekzonia out there, not dozens of worlds sitting on different servers. Often we’ll be giving a tour of Geekzonia from our office and there will be someone logged in and we’ll have to explain that we have next to no idea who that person is. SpatialOS is quite interesting like that! 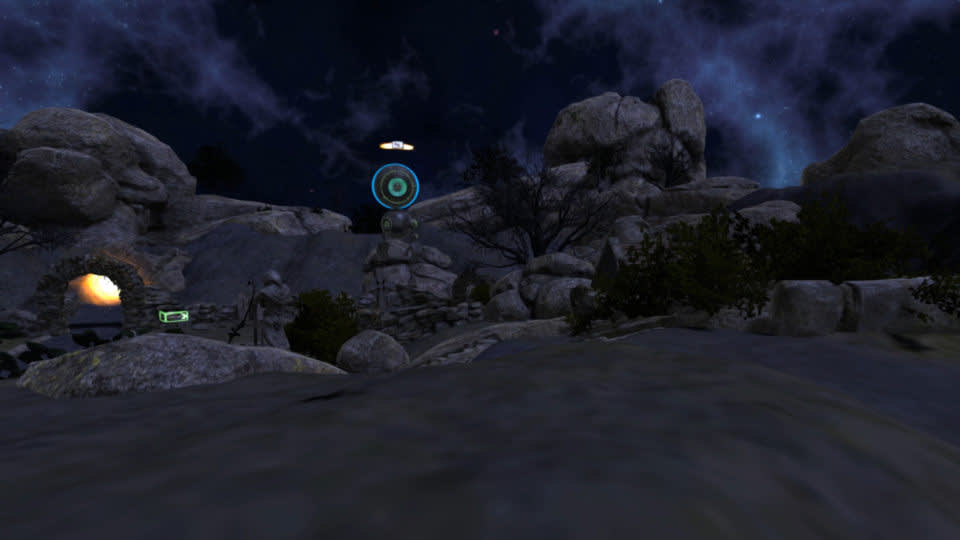 The present and future

You can start using Geekzonia right now but I think that to get the full experience, you should have a full VR headset – either an Oculus Rift or HTC Vive. In the future we’ll be rolling out access across all mobile devices, and right now you can even join in from a laptop/PC in regular 2D. Just head over to the Geekzonia website and download the deployment. You can also check out the Geekzonia events calendar for specific events that we are running.

There’s a whole roadmap of features on the way too, including user and avatar customisation. While we will be adding the ability to stream video or create slides to allow people to give presentations, we feel that human interaction and body language is where the success of this kind of project hangs. 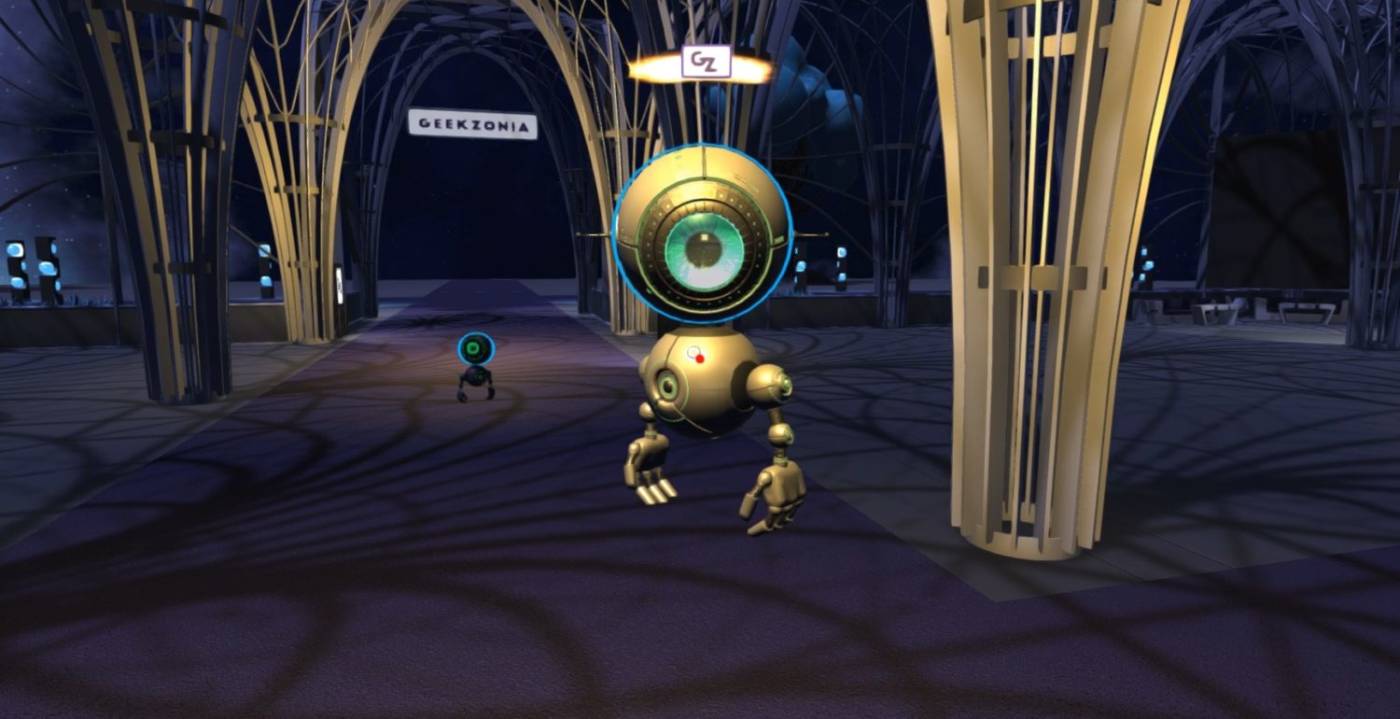 Join our community forums to discuss this article or find out more about SpatialOS.