Focus on the magic: how we found the freedom to create Scavengers 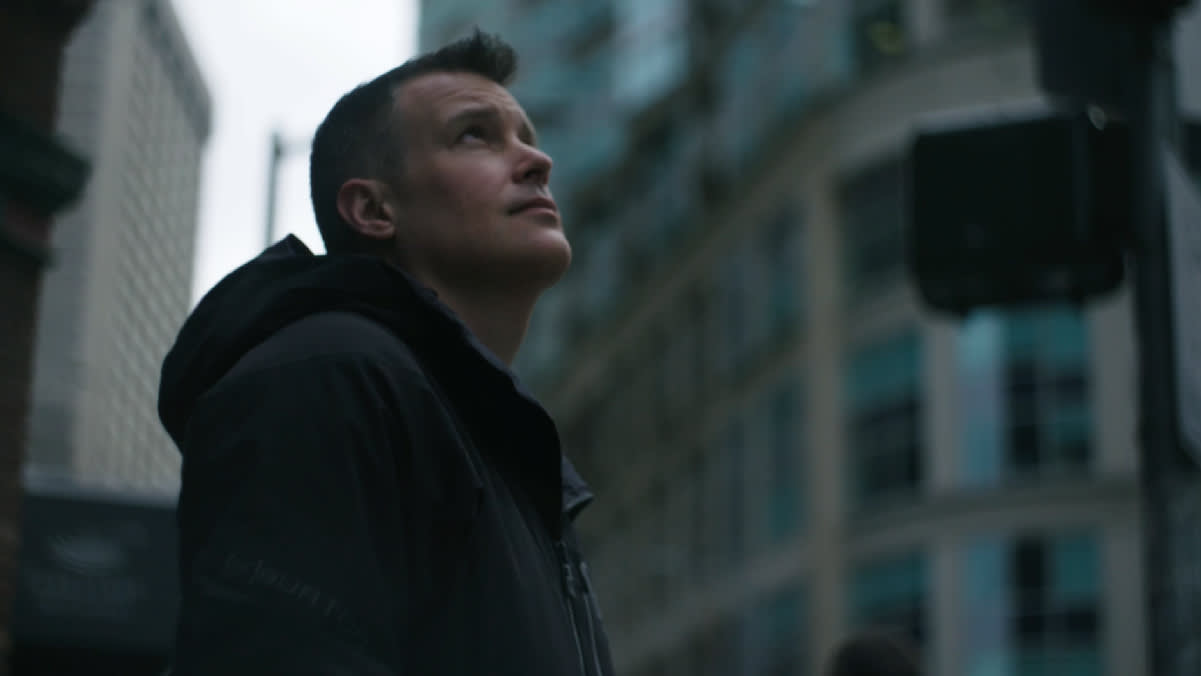 By Josh Holmes, CEO and co-founder of Midwinter Entertainment

With over twenty years of experience as a creative leader, studio executive and entrepreneur in the games industry, Josh’s credits include creative director for Halo 4 and studio head for Halo 5: Guardians, as well as co-creating the NBA Street and Def Jam franchises for EA – games that have collectively generated over $2B in direct revenues. In 2017, Josh co-founded Midwinter Entertainment to build the ambitious PvEvP sandbox shooter Scavengers.

Back when we started Midwinter Entertainment, before we’d met Improbable, we were four people jamming on ideas to create this large scale PvEvP sandbox experience.

One of our guiding philosophies was to find technologies to help accelerate our development. Tools that could let us focus on the magic of creating gameplay.

Early on, one of our guiding philosophies was to find technologies to help accelerate our development. Tools that could let us focus on the magic of creating gameplay and refining game systems, rather than trying to build a bespoke core technology. Partnering with Improbable was important to achieving this focus on our game.

Knowing what matters to players

When we first saw SpatialOS, what excited us about the networking engine was its potential to expand the scale and fidelity of a game session beyond what you could reasonably accomplish with a single server. It allowed us to go far beyond what we would normally have been able to do as a smaller team.

Going back to our philosophy, the way I see it is that the more time you spend not building your own technology – like a bespoke game engine, physics engine or, in this case, a networking solution – is time that can be spent on things that create more value and impact for your players, which is really about greater gameplay and cooler experiences.

The more time you spend not building your own technology is time that can be spent on things that create more value for your players – greater gameplay and cooler experiences.

Networking is incredibly important and exciting. But the fact is, from the perspective of a player it doesn’t matter at all. It’s crucial to the game, but it doesn’t directly differentiate the gameplay.

The reality is, if we hadn’t taken the SpatialOS route, we’d have compromised. We would not have been able to do the heavy lifting to offload our AI system from the main game server to build the rich, populated world of Scavengers. We’d have had a smaller world with less complexity.

Partnering with Improbable, we were able to steer the evolution of the networking engine and how we could use it to achieve our ambitions for Scavengers.

In fact, this evolved beyond networking to incorporate our hybrid hosting solution, online services, play testing and other aspects of Scavengers backend development. It was a win-win situation that also contributed to the creation of Improbable Multiplayer Services (IMS), Improbable’s new offering to game makers. 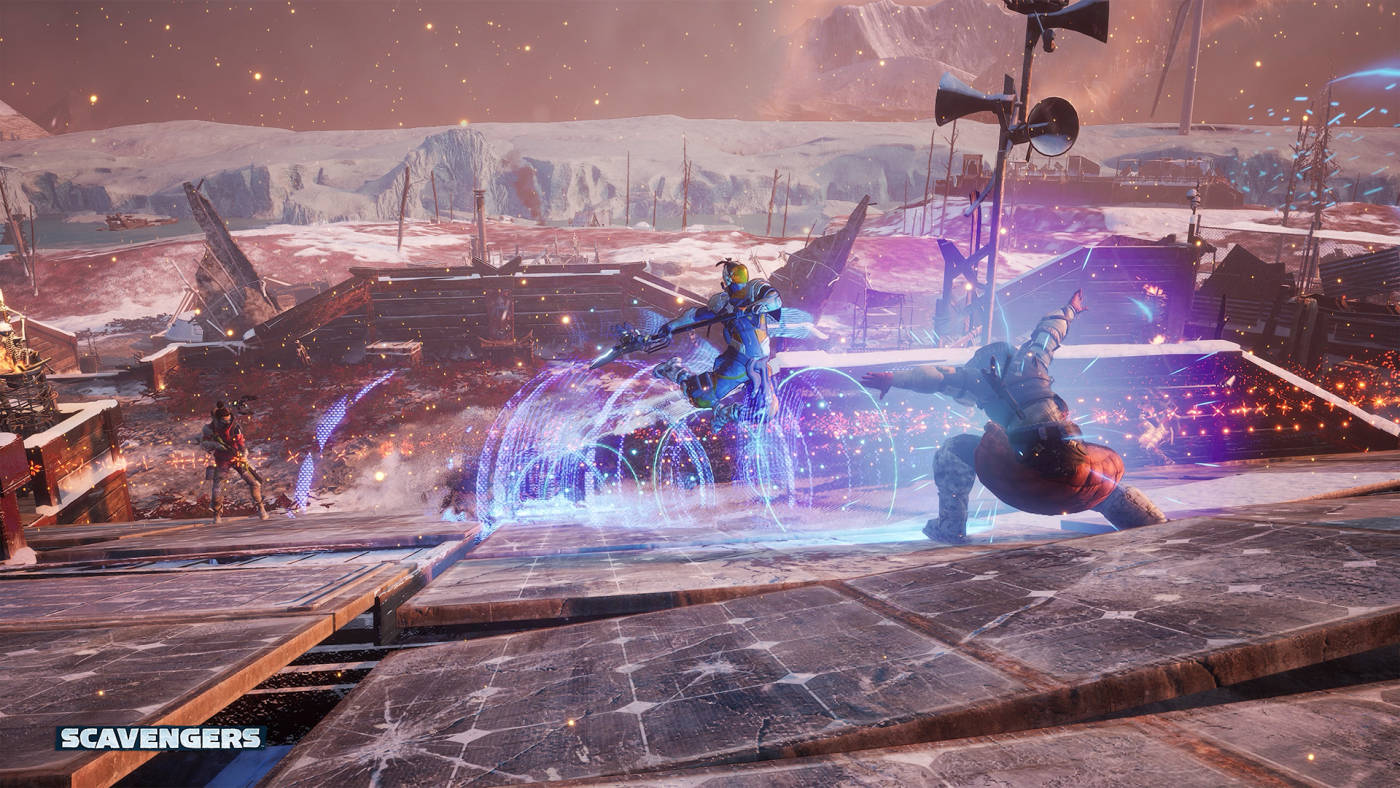 I’m a big believer in testing. One of the amazing things we can do today with IMS that’s come about over the course of our partnership with Improbable is to be able to deploy playtest servers instantly. Within a browser, we can set up a 1:1 test in an environment that’s identical to the one we’d run the game in, giving us real confidence in the data we collect during the internal playtest. Also, once we go live, we can use the same streamlined tools to operate our game.

Compared to development experiences in the past, the speed we can do things now is amazing. Heading into Early Access for Scavengers we had a multitude of different builds for high priority issues which we could quickly build in the cloud, spin up servers then start playtesting to verify the fixes in a matter of hours.

When I contrast that to how we would build and test only a few years ago, it’s a striking comparison. That same process might take days.

When I take a step back and put myself in the situation of studios coming to use IMS, there are significant savings for developers in terms of time and cost, but also in what you can do creatively and experimentally with the freedom you have bought.

How Improbable works for us

Whenever we use IMS, there’s a strong sense of humility, dedication to hard work and constant improvement. We know we have a team of top tier engineers who live and breathe multiplayer development underpinning our work as a studio. It gives us tremendous confidence.

We know we have a team of top tier engineers who live and breathe multiplayer development underpinning our work as a studio. It gives us tremendous confidence.

In practice, it means we can reach out to experts and find the best people with the right knowledge exactly when we need them. If we identify an issue, there’s always someone to listen and properly understand what the situation is, and analyse what it’s impacting so they can figure out how to get you on the right path as quickly as possible.

As we enter the Early Access phase of Scavengers, we’ve got a whole new set of challenges ahead. Not least delivering a high quality service to our players around the clock. There might be bumps in the road, but it’s okay because IMS shares the load with us.

For example, using their game server hosting platform gives us real confidence, not only how robust our service is, but also our ability to react quickly if things don’t go according to plan – we know there’s a team ready to help us back on track. 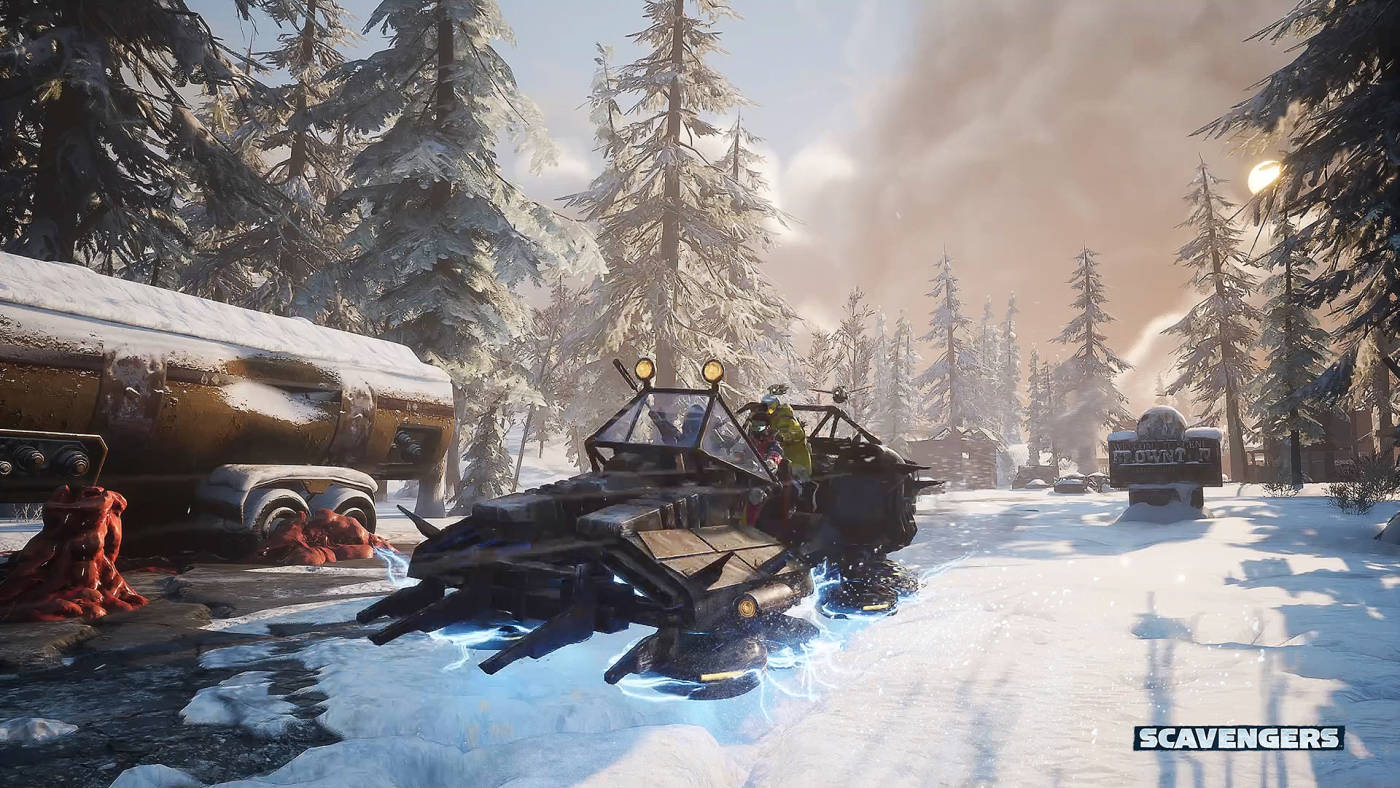 Playing with the future

Back in the early days when we first talked with Improbable about Scavengers, we said we wanted to launch it as a large scale PvEvP with hundreds of AIs, but we always kept talking about the future too – what we could do next.

We’re always excited by the next thing. What are tomorrow’s challenges? Today we’ve got many possible futures with innovations that allow us to experiment with massive interactive events for our community, all running alongside Scavengers. It gives us a place to test new ideas we can bring into our game over time.

The engineering that underpins these events points us to the future of what can be possible for Scavengers with a partnership like this – what we’d never be able to accomplish on our own. It brings us back to our philosophy about using technology to stay focussed on creating games – where the real fun is.

Keep in touch with IMS to hear more about how it’s helping to evolve GaaS and build virtual worlds.