Everything you need to know: Scavengers by Midwinter Entertainment

Unlike the frost-bitten landscape of Scavengers, game design development is not frozen in time. Since this article was originally published in 2018, *Scavengers has evolved extensively, with the studio tweaking, expanding, and testing the game as it moves closer to its launch date. The article has been updated to acknowledge some of those changes.*

What would the creative team behind Halo 5: Guardians do with the unlimited possibilities of a distributed computing platform like SpatialOS? We have an answer to that question. Announced at GDC 2018, Scavengers is an online shooter that uses Improbable’s game development tech to create a groundbreaking PvEvP experience. It’s built by Midwinter Entertainment, an Improbable game studio originally founded by a team of four, including senior members of the 343 Industries team that delivered Halo 4 and Halo 5: Guardians.

Founded in 2016 (and acquired by Improbable in 2019), Midwinter Entertainment is a small studio based in Kirkland, Washington, USA. Leading production and design for Scavengers is Josh Holmes – formerly Studio Head and Creative Director of the Halo franchise at 343 Industries – and co-creator of both the Def Jam and NBA Street franchises for EA. Other members of the studio boast credits on a diverse range of games and franchises, including Battlefield 1, Full Spectrum Warrior, Call of Duty, God of War, Farmville 2, Tron: Evolution, and Star Wars Battlefront.

Their new game, Scavengers, has its roots in the style of multiplayer gaming established in Halo 5’s Warzone mode that Holmes helped create, which he calls “co-opetition”. This mode exhibited some of the basic principles of this PvEvP gameplay vision.

In Scavengers, every match presents the player multiple strategic avenues to pursue. Players join teams of three and are faced with two objectives: capture more data points than rival squads, and stay alive – how players do that is all up to them. Battle against other teams and a range of AI adversaries, use snow to track enemy footprints, pit AI wildlife against adversaries, stealthily navigate outposts, or take on the world guns blazing. All of these factors are the key ingredients for a uniquely compelling PvEvP multiplayer experience. 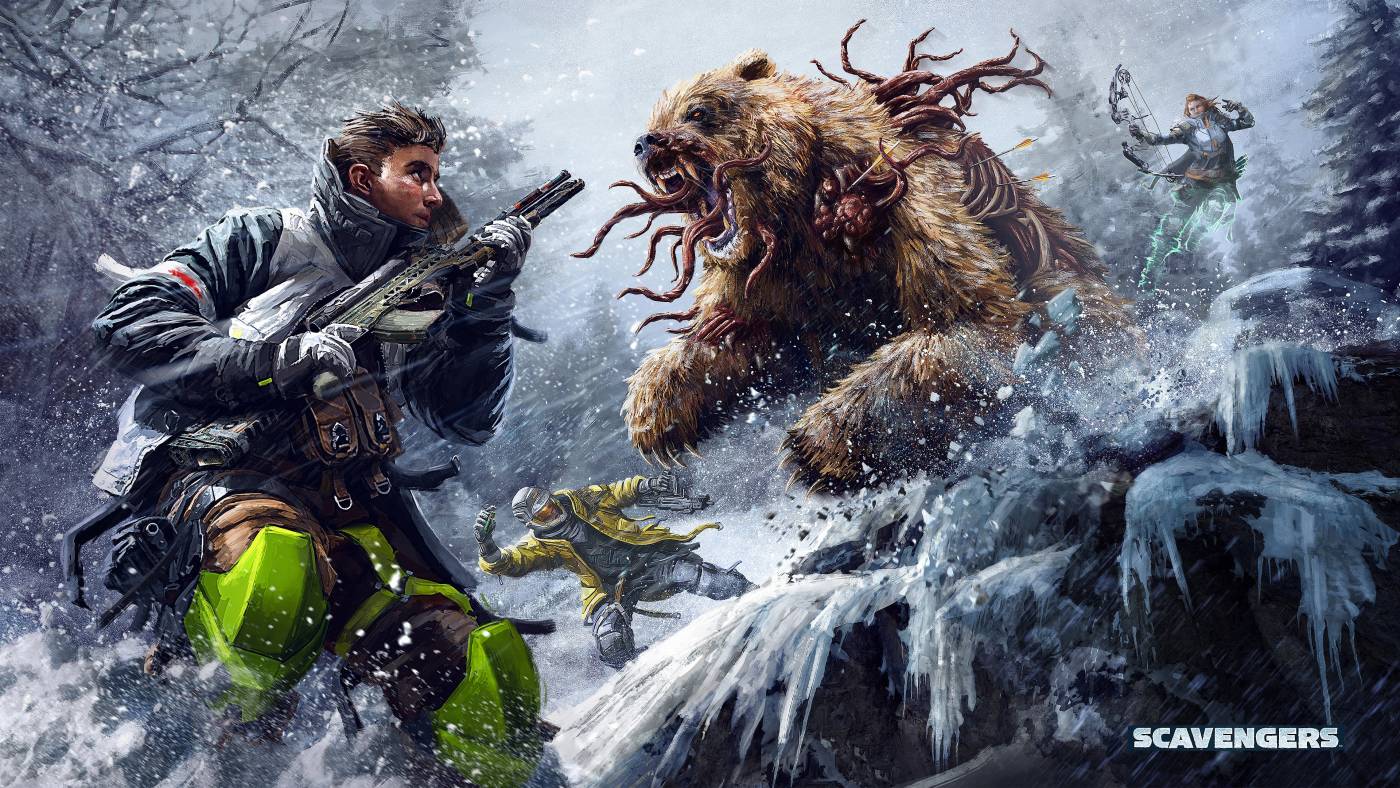 Scavengers and the future of co-opetition

Scavengers takes place in the near future, where the moon has been shattered by a massive asteroid, triggering a new ice age. The asteroid also delivered a cryptic new illness that has been spreading throughout Earth’s population and wildlife. Players choose from a cast of young Explorers, each equipped with their own unique weapons and abilities, who roam the frozen wasteland scavenging for equipment and supplies.

At heart, the game is a multiplayer shooter where players compete with one another and against a large number of AI-driven foes for scarce resources. Each round of Scavengers is session-based, taking around 20-30 minutes from insertion to extraction. Players form into teams of three in matches featuring up to 60 players.

Given its survival background, players must not only keep their characters safe from combat but also warm and well fed. Succeed in a match of Scavengers, and you unlock new methods for crafting and customising your characters. And of course, there are character progression systems, and weekly, monthly and quarterly challenges to keep the combat fresh. 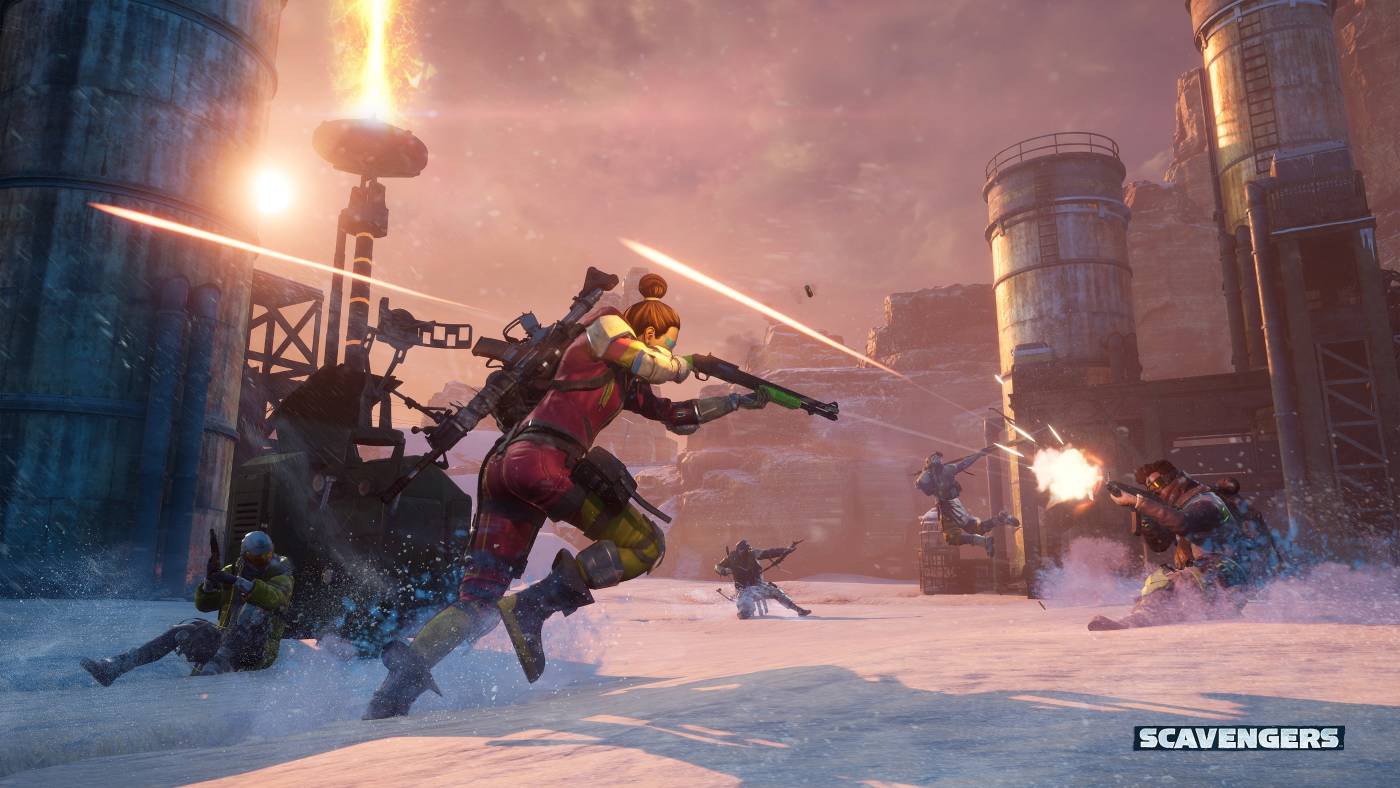 SpatialOS enables Midwinter to expand and deepen the gameplay experience, with larger player numbers matched with hundreds of smart AI opponents, elements of persistence and progression, and a huge map added to the mix by the platform’s ability to offer near-limitless compute. Complex survival and exploration systems can overlap the game’s existing combat mechanics, creating an even more immersive mix of things to do in a single play session.

“Other shooters out there today, most of those are focused around PvP, inhabiting an expansive and empty and static world,” says Holmes. With SpatialOS offering true world and object persistence, the world can be alive with threats and possibilities. 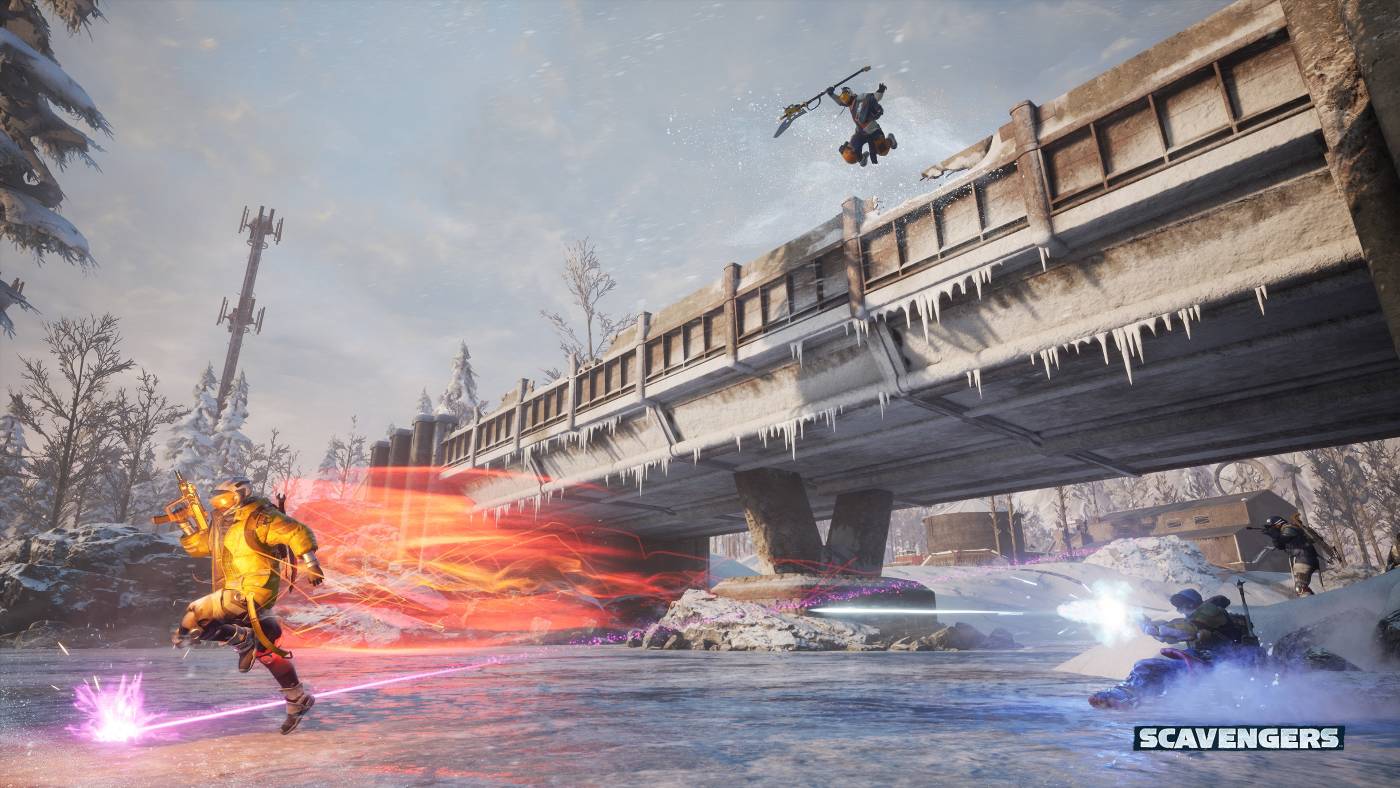 “The world that players will explore is constantly changing around them, based on these complex interactions between the different factions,” Holmes told Wired. “It really opens up the possibility space for a ton for emergent gameplay that wouldn’t otherwise be possible.”

The Outlanders and the Scourge

But back to the core game. Each match has three phases. In the ‘scavenge’ phase, players search for resources and weapons, and plan strategy with their teammates. The second phase, known as ‘hunt’, sees players compete with other human players to collect data points, and battle against AI-controlled enemy factions. And the final phase is called ‘extract’, where the surviving Explorers must find and defend launch zones in order to escape with their points and claim victory.

Large and unpredictable AI populations, combined with the balance of cooperation and competition between the human players, will create rich, repeatable gameplay. There are two enemy factions controlled by the AI, which players will have to contend with: the Outlanders and the Scourge. “They can be capturing areas of the map and becoming the dominant force in an area, feeding back into the moment-to-moment gameplay in really unpredictable ways. That’s really exciting for us,” says Holmes.

The Outlanders are an AI-controlled faction of deadly human survivors that stayed to pillage and seize control of what remains on the surface, and the Scourge is a faction of creatures infected by that aforementioned virus, which tears apart placid animals, turning them into revenant horrors. 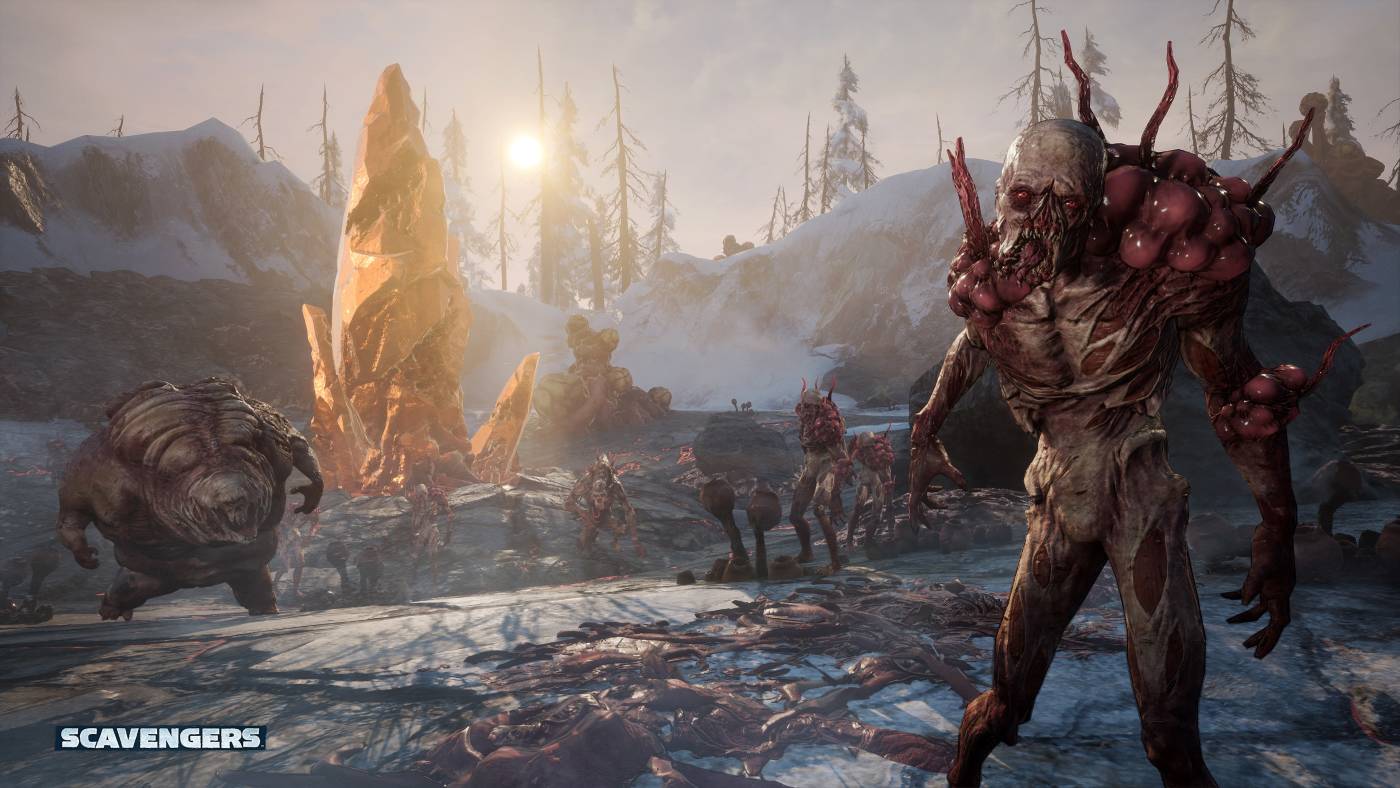 “The Scourge is a twisted form of wildlife,” Holmes told Eurogamer. “When you’re aware of the presence of the Scourge, it becomes something that strikes fear into the player. We want to create this sense of vulnerability, where players need to rely on one another as they’re exploring the world and dealing with these threats.”

Each faction will fight the others – players can join the battle, but will be heavily outnumbered, encouraging care and strategy. Josh Holmes again: “We want to create this sense of openness and exploration, punctuated by moments of intense combat, as opposed to a frenetic, constant, combat-focused experience. Do you ambush players? As a team you’re always having to keep a watchful eye for opposition teams.”

“We’re trying to achieve a better balance than in Halo 5’s Warzone mode),” Holmes said. “We don’t want Scavengers to become one where killing players is the dominant strategy in the game, where if you’re not tremendously skilled at killing other players that you can feel like you’re not contributing to your team. We want to create the opportunity for players to contribute in a myriad of different ways on the battlefield. We’re interested to see what unpredicted player behaviours emerge from the game’s complexity and emphasis on creative team play.” 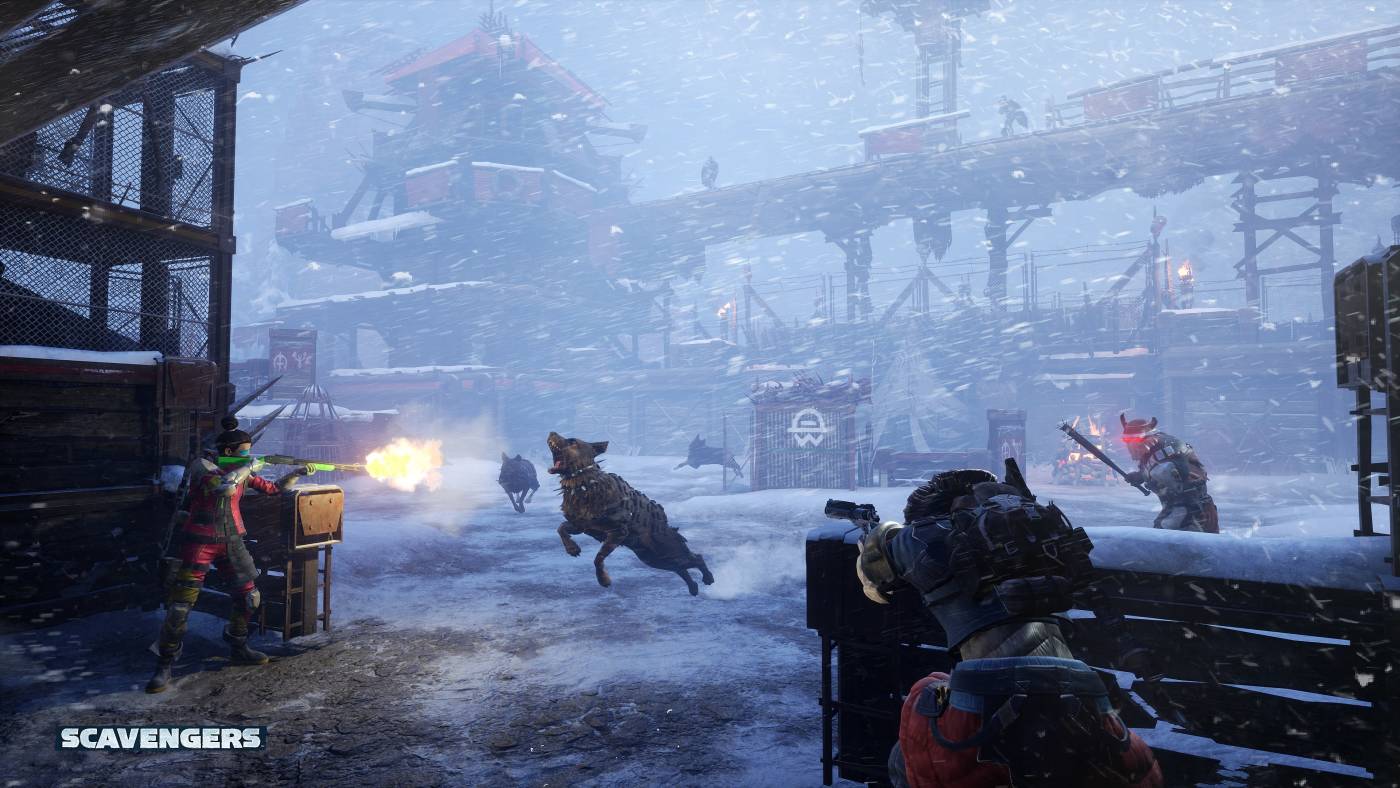 SpatialOS and the boundaries of multiplayer

Given the scope of Midwinter’s design ambition, SpatialOS is a key technology in the development of the game. Thanks to Improbable’s technology, the game world of Scavengers can be far larger and more complex than worlds supported on a single dedicated server. The huge map can be populated by hundreds of free-roaming, highly sophisticated AI enemies, too.

“We started Midwinter with the goal of creating innovative, shared experiences for millions of players around the world,” said Holmes. “When we introduced Warzone in Halo 5, it represented the pinnacle of blended PVE/PVP. Now with SpatialOS, we have the ability to push the boundaries of ‘co-opetition’ gameplay in Scavengers, with teams of players competing as armies of smart AI move intelligently across the map, hunting down players and each other.”

Essentially, SpatialOS’s approach to building and managing online game worlds divides the action between multiple servers in the cloud. The hard limits and forced trade-offs of the traditional dedicated server approach can be avoided, and Midwinter can build a game that reflects the team’s ambitions. 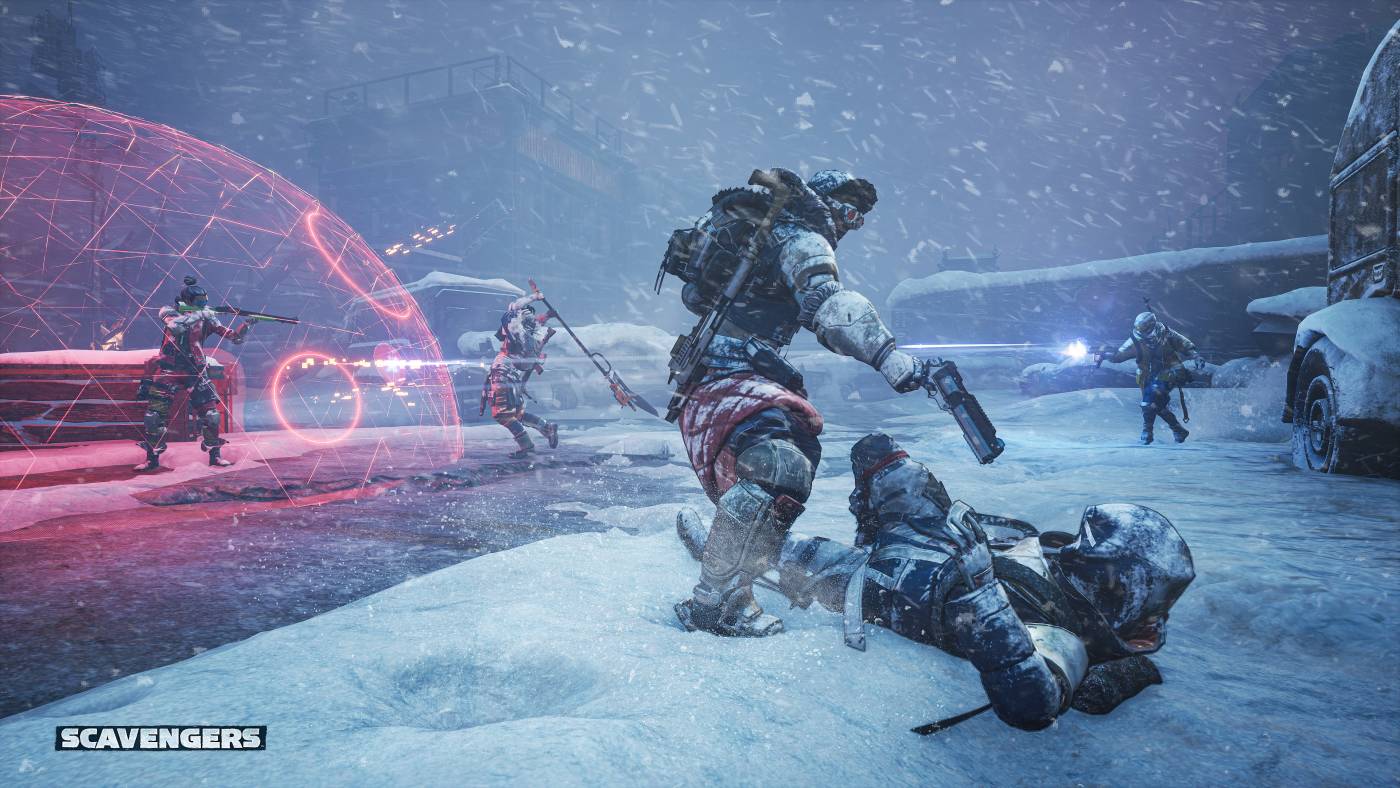 Making Scavengers with SpatialOS has other design benefits too. Whereas before a tree falling in the game would have to be heavily scripted to allow for it to be used for cover and to avoid problems with pathfinding, now SpatialOS can handle the heavy lifting, allowing for more dynamic and unpredictable events. “It’s very challenging to recompute pathfinding on the fly,” Holmes told Eurogamer. “That’s an incredibly intensive problem. ”[Using SpatialOS] the pathfinding can be recalculated on a separate worker and then fed back into the game experience, which allows the AI to be much more reactive to dynamic events within the world.”

Although Scavengers is session-based, SpatialOS allows elements of persistence to be built into the gameplay to explore new depth and gameplay opportunities in each session. For example, both players and AIs could leave distinctive tracks in the snow, which remain until falling snow fills them in. “Being able to track the footprints of anyone who’s gone through an area [is] another thing we’re talking about that could be really interesting,” Holmes says. “You could say “OK, there’s been a group of players here, and the footprints lead off in this direction. Let’s follow these footprints and hunt them down.”

Finally, building on games like Left 4 Dead, the action is co-ordinated by a Game Director AI, which monitors players behaviour on a regional basis and shifts objectives, threats and rewards in any given section of the map to create dynamic gameplay scenarios. “It’s creating the ebb and flow of action over the course of the session and trying to maintain the ideal feel to the game that represents the intention of our team,” Holmes explained. 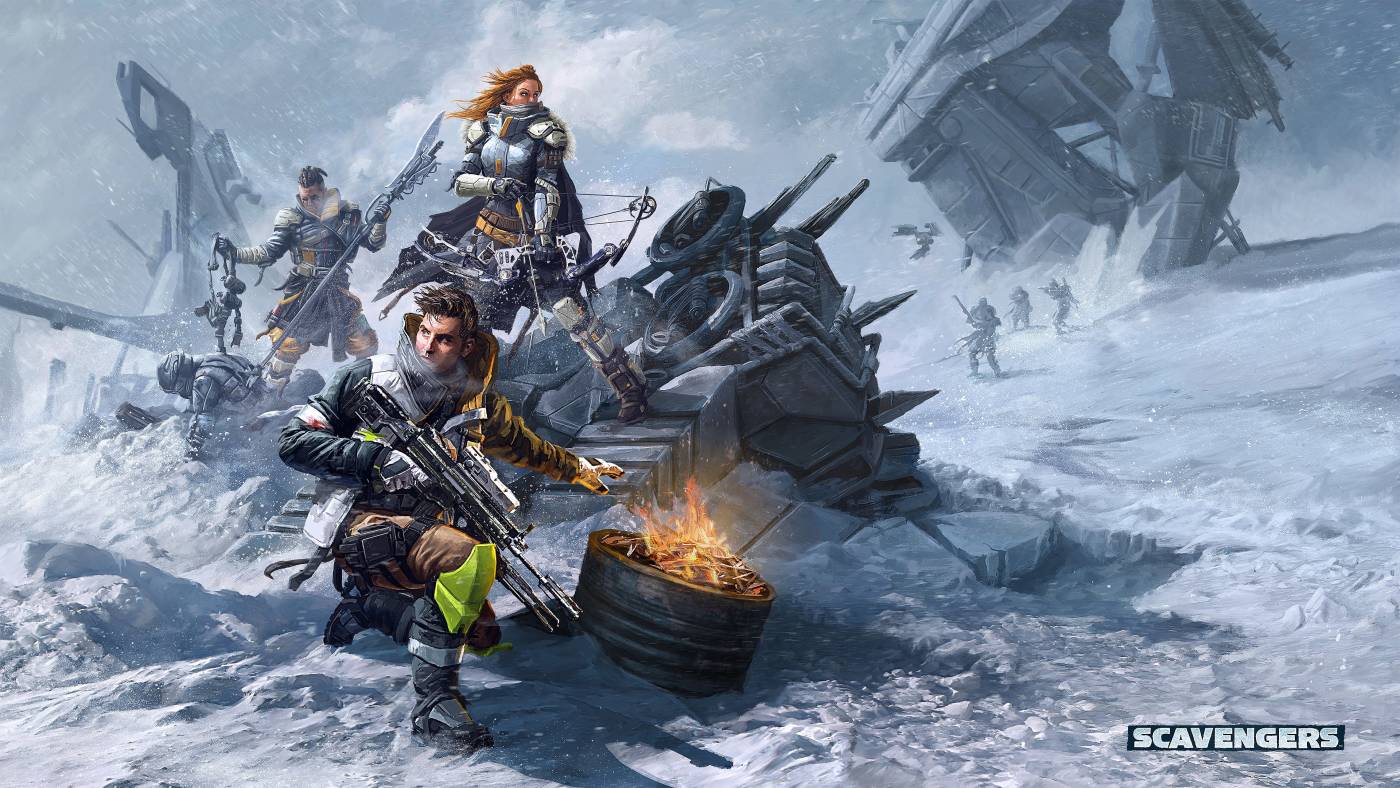 Midwinter Entertainment is the first studio to announce a funding and technology partnership with Improbable (back in 2018 - Midwinter was later acquired by Improbable in September 2019) – the first partnership of its kind between Improbable and a game studio.

“It’s something that can benefit the entire development community,” said Holmes, “as people who are interested in pursuing these sort of games, which require this step-up in terms of scale and complexity, will have this framework that will allow them as developers to take advantage of all of the tools that SpatialOS allows.”

“We’re passionate about making the next generation of online games possible and we’re taking steps to help studios with outstanding teams and exciting visions make games that would have previously been impossible,” said Improbable CEO and co-founder Herman Narula. “Often, innovation comes from studios like Midwinter: talented, experienced designers and developers with a track record of delivery at major studios, who want to create something truly groundbreaking.”

“We chose to partner on Scavengers because we believe that Midwinter will produce a great game and a great demonstration of SpatialOS in action, and also help us to optimise our own tech and tools for this kind of action-packed, session-based gameplay. A partnership like this is designed not just to help a great game get made, but to make it easier for other studios to make great games.”