Which game design tropes immediately come to mind when you think of survival games? Huge player numbers? A massive game world? Weapon drops raining from the skies? Zombie hordes? Permadeath? Dinosaurs? The survival MMO genre is packed with interesting mechanics like these.

So let’s crack open a supply crate and pick five of the most interesting survival game design mechanics.

Maslow’s hierarchy of needs is a concept game designers have borrowed from psychology. The psychologist Abraham Maslow hypothesized that human lives are organised like a pyramid built from all our needs. According to Maslow, we can only reach the pinnacle of the pyramid, usually described as “happiness” or “self-actualisation”, if we meet the requirements of each of the layers that prop it up. You can’t be spiritually fulfilled, for example, if you don’t have basic shelter or are starving and thirsty. 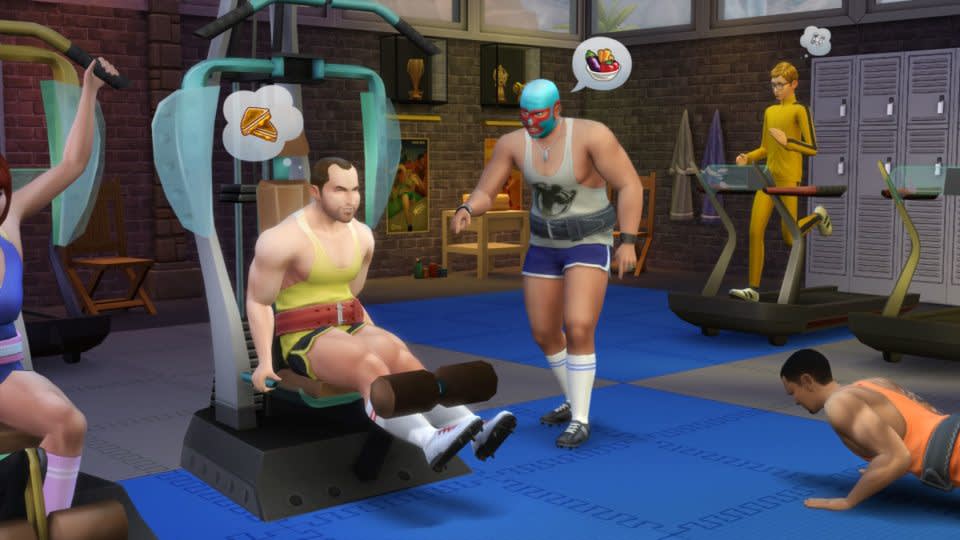 The concept fits neatly into all kinds of game designs. Take The Sims, for example, which uses it as a foundation for the entirety of its gameplay (along with interior design and trapping your characters inside swimming pools, of course.)

Survival games pick up Maslow’s gauntlet and ask you to duel with almost every basic aspect of your character’s well-being. Not only must you conserve hit-points but monitor hunger, thirst or even tiredness. That can be tiring for the player too. In a recent article, the writer Nathan Grayson pointed out that many survival games veer into “tedium” when asking players to account for their characters’ basic needs.

It’s true that if implemented poorly, dealing with multiple health bars isn’t a simulation of survival but a plate spinning exercise that interferes with otherwise engaging gameplay. But get it right and you have a uniquely-compelling game. The best survival games are the ones that get under your skin, where dealing with the many sides of your character is so engaging that it leads to emergent gameplay and emotional attachment.

Don’t Starve by Klei Entertainment does this through a mechanic of shifting seasons over the year. These force you to alter the character’s diet, introduces a freezing mechanic requiring the player to keep warm, and largely changes the available resources and creature types.

Alternatively, Hinterland Studio’s The Long Dark simulates a real-world apocalypse by having very limited resources. Players must attempt to survive in an isolated, frozen corner of our planet, surrounded by wolves and abandoned by humanity. Good design makes your choices seem important, rather than like topping up metaphorical gas meters.

Remember when Metal Gear Solid 3: Snake Eater introduced survival elements to the series? Players healed spider bites, cleaned up scorpion stings, and somehow unbroke Snake’s shattered limbs. When you lost an eye, the first-person camera view even became a limited around the edge, making it more difficult to shoot. This is what we’re calling “complex health systems” – more than a simple health bar, this asks players to juggle many mechanics just to keep playing. 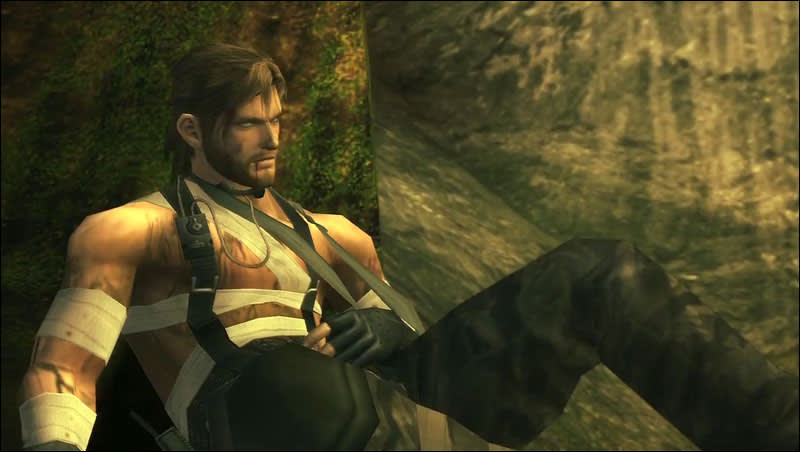 Survival games have innovated on this space in many ways. In The Long Dark, for example, you really need to look after yourself. Break an ankle at the wrong moment (when is there a right moment?) and you’ll freeze to death or be eaten by wolves. Don’t Starve asks you to focus on your character’s mental well-being too. As the situations the game presents you with becomes more extreme, so you will start to lose sanity and see changes in the world. Other games do without traditional UI elements like health bars, leaving it up to the player to understand from their character’s reactions when they’re in trouble – like in Quantic Dream’s Heavy Rain, where a character’s thought cloud becomes more jumbled when they’re panicked.

But it’s not just a case of managing status bars and making tactical choices. Survival games frequently take things to another level with the ultimate debuff – character permadeath. This can take the form of a total loss of your character, progress and items, or simply a forced respawn with some progress being saved. 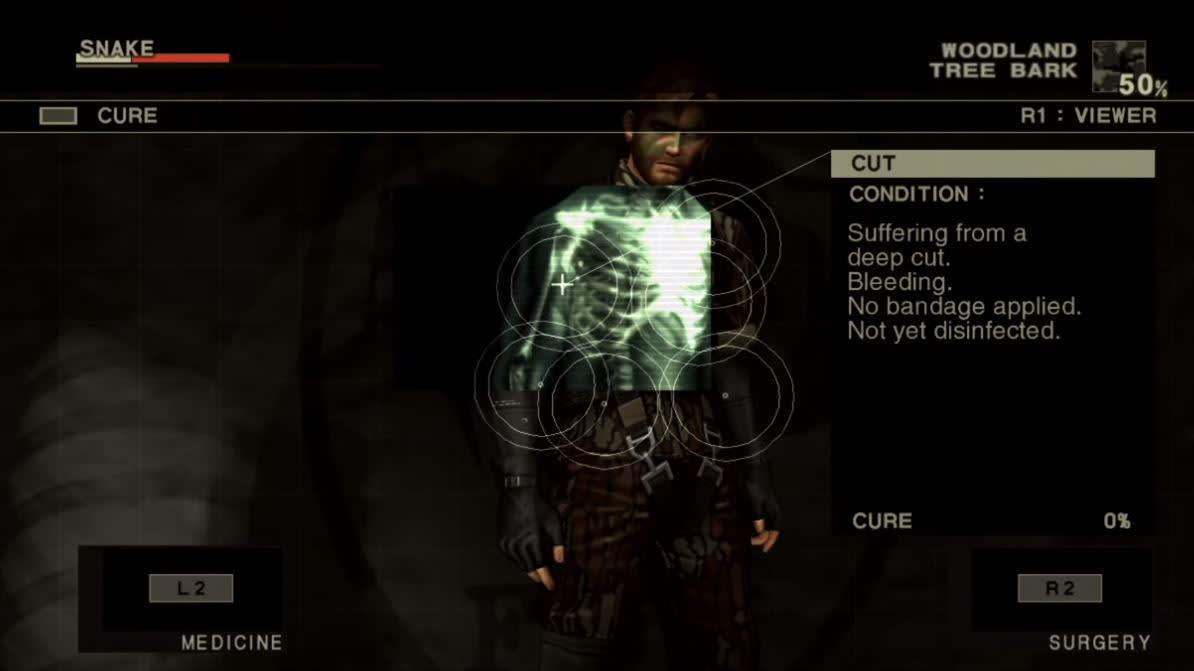 Why have complex health systems and permadeath? Again, it’s all about consequences. Consequences lead to drama and emergent situations that take a good game and turn it into an unforgettable game.

NPCs have been a part of the game landscape since Dungeons & Dragons. Some hurt you, some help you and, as AI gets more complex, some do both. Filling a game world with palpable, interactive beings creates ecosystems and worlds that should feel alive. 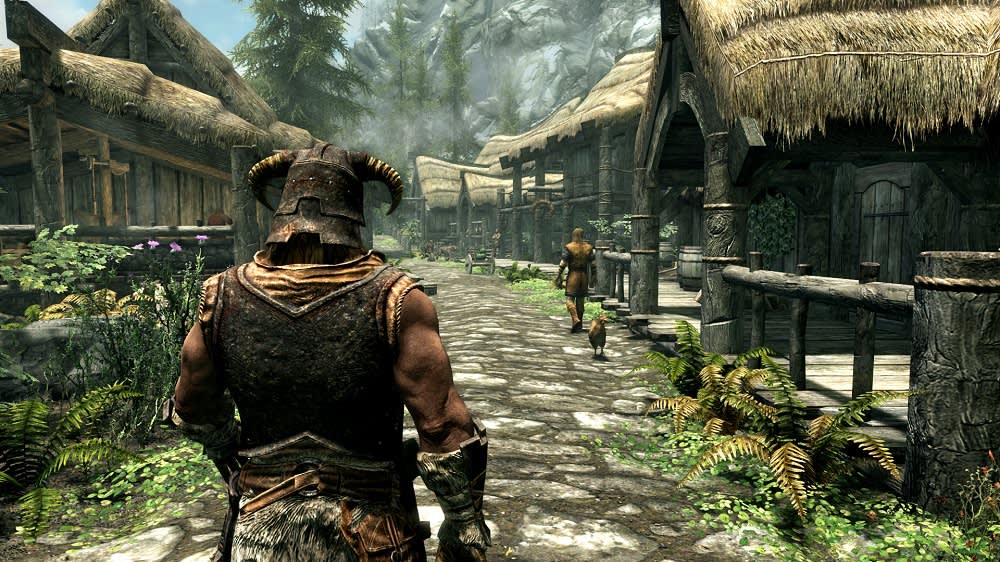 Bethesda’s The Elder Scrolls series has long strived for this. Kill a merchant in a city and get chased by guards, attack a wild animal and be attacked by the rest of its pack, become a vampire and be denied entry into your favourite pub before burning to death in the sunlight…

When we say ‘ecosystem’ in this context, we mean the NPC-driven side of these layered systems. We mean NPCs, including animals, that interact with each other and the world when you’re not there. It’s about emergent effects from the interaction of multiple systems, like NPC overfishing causing normally-placid river monsters to go hungry and start predating NPC pets. It’s about building a world that feels real. 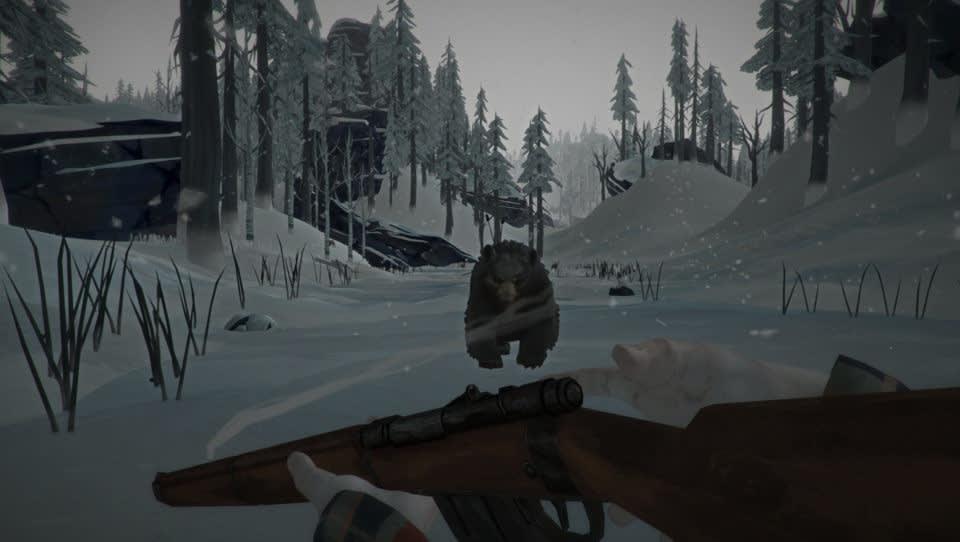 DayZ, for instance, creates an interesting mix of PvE and PvP and lets you attempt to survive the inevitable zombie-apocalypse. Not only do players have to worry about the 49 other humans on the server, but their attempts to survive must be juggled against a horde of zombies. But if the zombies multiplied as they killed human NPCs, and the human NPCs bred, and grew food, using zombies as fertilisers…that would be a very simple ecosystem.

The next step for survival game worlds is to introduce true persistence using technology like Improbable’s SpatialOS. Imagine playing a game where the effects of survival are felt by everyone living there. Finite resources like trees that grow-back in real time, for example, would really rack up the tension. Picture it,as winter takes hold and players get increasingly desperate for firewood, they cut down the saplings that would have matured the following years. Though the players survive, the shortage of wood would drive up the cost of all tools, weapons and buildings, driving players to attempt to use other resources instead – bone, say, which might not bode well for prisoners.

If you’re going to survive in a deadly and uncertain world, where your characters have multiple needs, be sure to pack the right supplies – and we don’t just mean Kendal Mint Cake. This is a golden rule across multiple genres, from dungeon-crawlers like Blizzard’s Diablo series to picking a balanced loadout in EA’s Battlefield games. Survival games also place a heavy emphasis on equipment choices, but the ways to attain or earn items vary immensely. 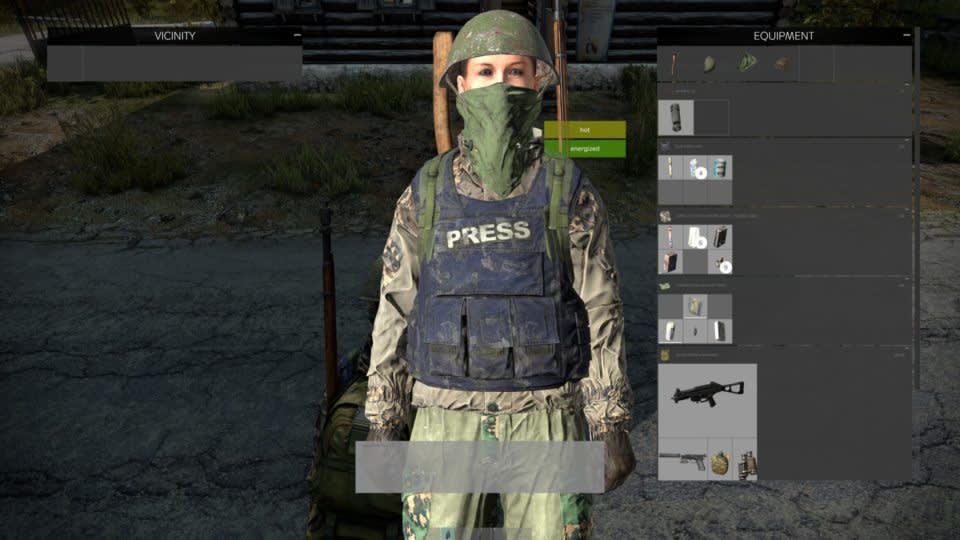 Using the resources that the player has obtained from the environment and other players, players can create the items they need. You could turn the shirts of dead NPCs into torn cloth, then into bandages, for example. Or you could take honey from a hive and brew some hit-point restoring mead. In Don’t Starve, shaving a character’s beard and using it to build a meat effigy even allows him to respawn upon death…

In terms of game design, items and inventories bring up unique challenges. Inventory puzzles that take a cue from the brilliant rearrangeable briefcase system from Capcom’s Resident Evil 4 somehow make even item management fun (as our recent Twitter question seemed to prove). The ability to modify weapons is also commonplace, allowing for gameplay that involves multiple styles and approaches that increase replayability. 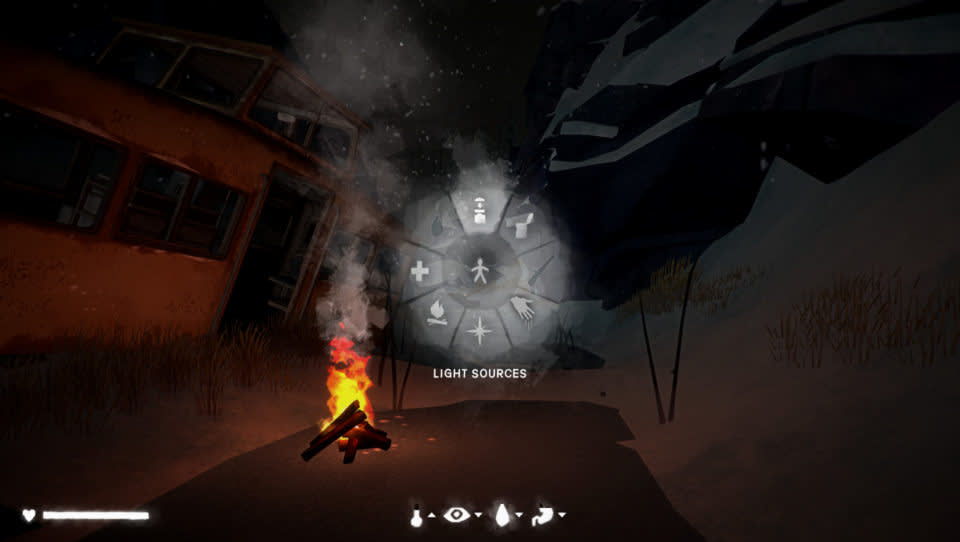 Ever keen to take things to a more hardcore level, some survival games like RUST by Facepunch Studios have even introduced the key mechanic of starting with absolutely nothing. RUST asks players to find the resources necessary to make more complex survival tools, weapons and buildings. Having to scavenge your own resources and build your own tech creates both a sense of achievement and of something being at stake. Of course, you could always kill other players and take the things they’ve created, which brings us onto our final point… 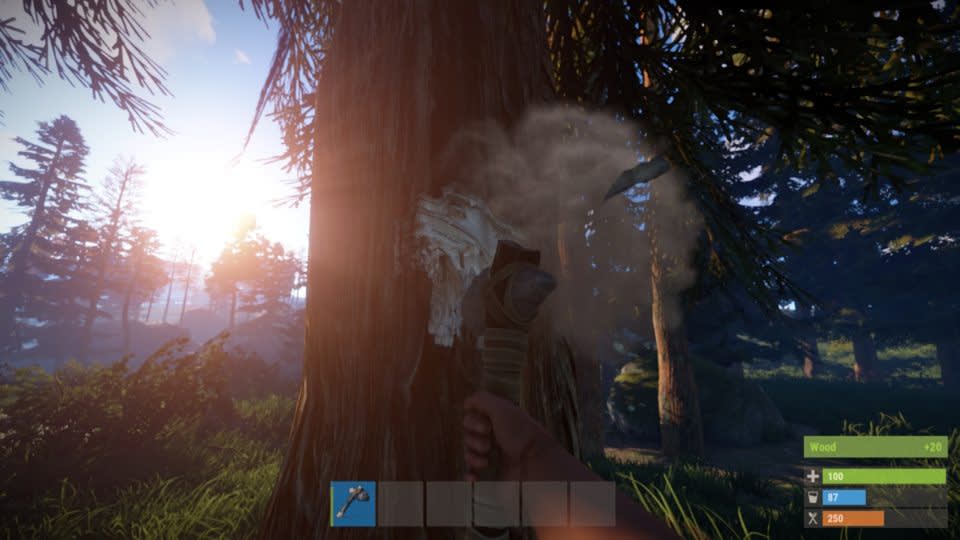 In any massively multiplayer game, you’re going to meet all kinds of people. Some are leaders, some are followers, some are brilliantly unpredictable. For all the problems that griefing causes, this is surely the number one attraction – the amazing things that happen when we get together in virtual worlds to cooperate and compete. That goes for players and NPCs. 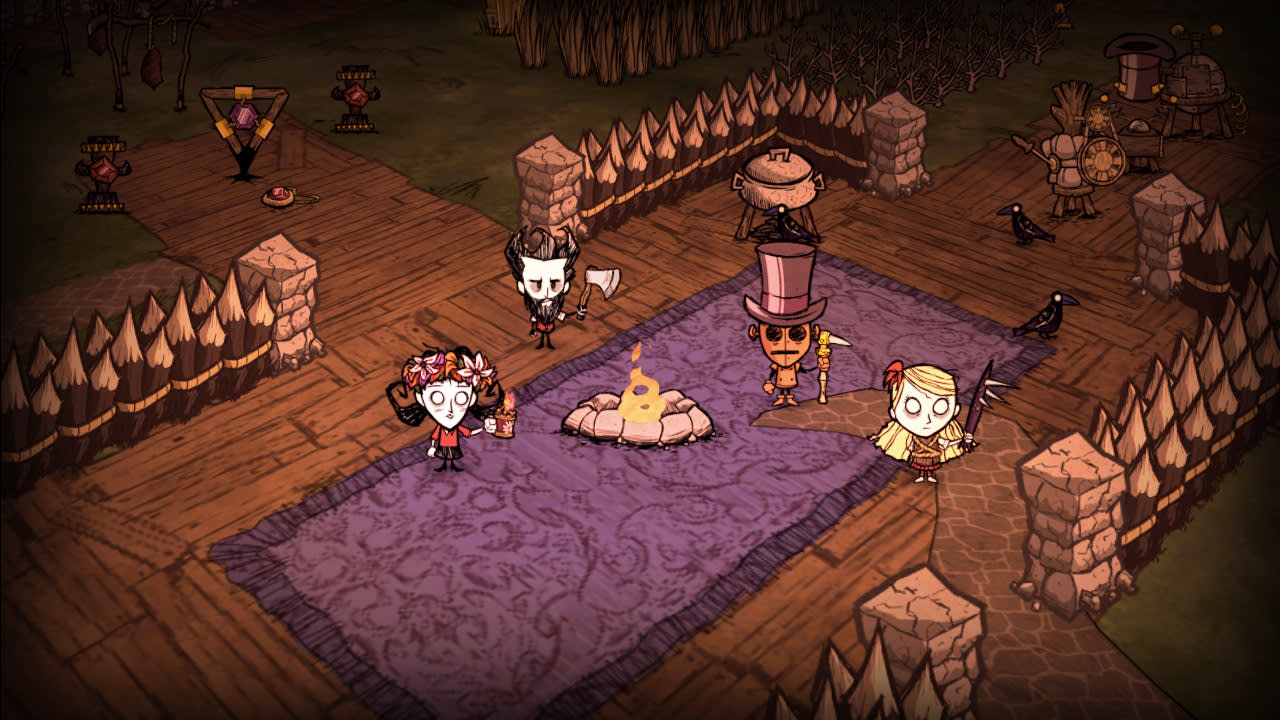 Survival games often take advantage of this by offering mechanics that thrive on forging fragile alliances and deep friendships. Inviting a stranger into your clan might mean adding a valuable defender against enemy NPCs or the elements. Equally, how do you know they won’t silently murder you and your clan mates, and take all of your supplies for their own? That’s the RUST way…

It’s not all doom and gloom. SpatialOS game Worlds Adrift by Bossa Studios asks players to form a crew, scavenge resources and build the skyships that provide the main form of progress in the game. Cooperation and trust are survival – one of the more engaging ways of designing an MMO game to exhibit survival elements. 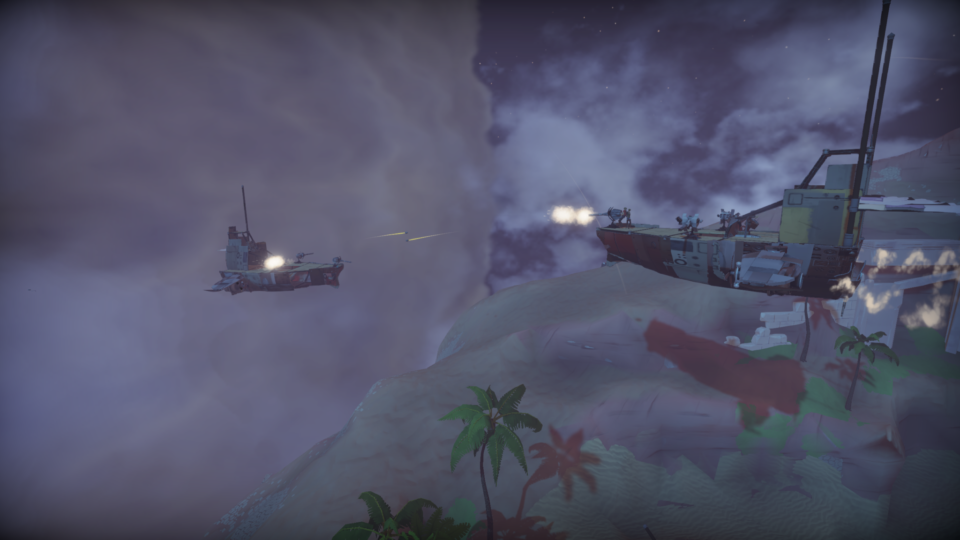 We’re aware that this list isn’t comprehensive – there are many other elements that could make a good survival game.

What this list hopefully provides is a recipe for the kinds of online massively multiplayer game that make everyone at Improbable very excited. For us, the survival MMOs that work all make use of large player numbers, persistence, interesting uses of map size and scale, and complex systems. They use these to constantly challenge the player just to survive, putting them on the way to truly memorable, emergent gaming experiences. Create mechanics that empower these and we’re confident that you’ll be onto a winner.