Peter Mounce is a build and release engineer in the engineering velocity team at Improbable.

In this post we’ll be talking about a team’s journey to effect a company-wide set of changes to make continuous integration (CI) not just better but great. It captures our team’s effort over 18 months, addressing years’ worth of accumulated problems, and ending up with an internal product that we are thrilled with.

At Improbable, the engineering velocity team are a group of people devoted to making the practice of delighting users with our software less viscous. Since May 2018, this has involved a bunch of effort to improve how we use CI. What is CI? It’s what keeps people honest – it watches source control for changes, then builds/tests/packages/releases them. Why is CI needed? People forget to do these things before committing or merging code. You begin to benefit from CI when you have more than about three people working on software together.

Which problems did we want to solve?

What took 18 months? Well, as a fast-moving technology startup, we were faced with a number of problems and expectations:

Turns out we had a lot of technical and organisational debt and risk in how we did CI. This wasn’t surprising – it had grown organically over the lifetime of the company, only had dilute ownership at best, and there was no concerted investment to improve it. We had a lot to fix.

We started by listing the problems, turning them into MoSCoW-prioritised requirements, adding use-case or problem statements to each requirement (to short-circuit the “I don’t think this is a must” discussions), then doing some market research.

We decided on some tenets for what we wanted to offer our engineering population:

We chose Buildkite because it met all our requirements. It licenses per user and lets us run as many build agents as we like, on any platform we want, on-premise or on someone else’s computers in clouds. We have nothing but good things to say about Buildkite after 18 months of advanced usage.

What did we end up building? 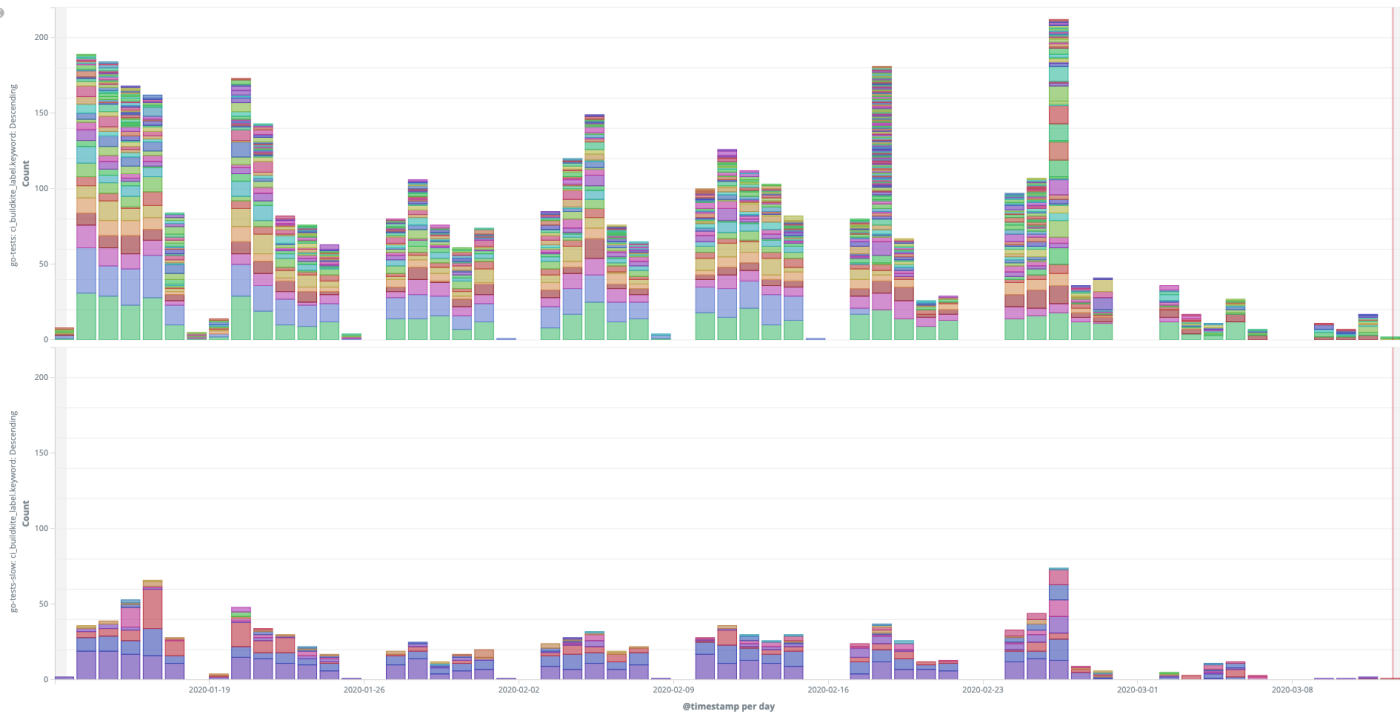 What did our internal teams think?

The response to our CI solution was overwhelmingly positive:

We’re not done yet, but now we can quite confidently say, “We’ve got great CI.” And we have plans to extend it and package it as part of the SpatialOS product offering. In our experience, some games studios would benefit from a turn-key solution for nightly (or per-submit, or pre-submit) builds, and as a company that wants to reduce the risk of shipping a game, we’re keen to help.

Does this interest you? Engineering Velocity at Improbable would love to hear from you – we’re recruiting.

Does engineering for a company that values human time over computer time interest you? We’d love to hear from you, too!