Zenith is a VR MMORPG set in a fantasy, cyberpunk world and built on SpatialOS and Unity. Developers, Andy and Lauren from Ramen VR tell us more.

Zenith is a VR MMORPG where millions of people can play, socialize, and create their own unique experiences together. The anime-inspired world mixes East Asian fantasy aesthetics and cyberpunk. Like Fortnite, Zenith is not just a game; it’s also a social platform where friends can hang out and play together. Unlike other VR games, Zenith is cross-compatible with desktop, PC VR headsets, and the Oculus Quest.

Growing up, JRPGs and the films of Miyazaki, and other anime were a huge part of our lives. We are also both avid MMORPG players. Most importantly, we’re building the game that we want to play.

There is a huge demand for VR MMORPGs, many gamers dream of living in a Sword Art Online-like world or Ready Player One. However, given the size of the VR market, bigger companies can’t justify the investment, so we saw a market opportunity there, especially given SpatialOS. Additionally, we think the Oculus Quest and Valve Index VR headsets represent a tipping point for mass-scale consumer adoption.

We’re going to be the first cross-platform VR MMORPG that is also playable on the desktop.

The large open world we’re building is aesthetically unique (imagine a cross between Final Fantasy and Blade Runner) In addition, thanks to SpatialOS, the world will be fully dynamic and persistent, allowing thousands of concurrent players to make a permanent impact on the world.

From a gameplay standpoint, we’re combining the physicality of VR with the more familiar elements of a desktop MMORPG. We’re also building this game for casual players in mind, examples of that include an optional, out of body movement system that completely eliminates VR sickness while still maintaining immersion.

From an AI standpoint, we’re excited to incorporate realistic enemy AI that’s more akin to a first-person shooter that will dodge, collaborate, cover, and run from players. 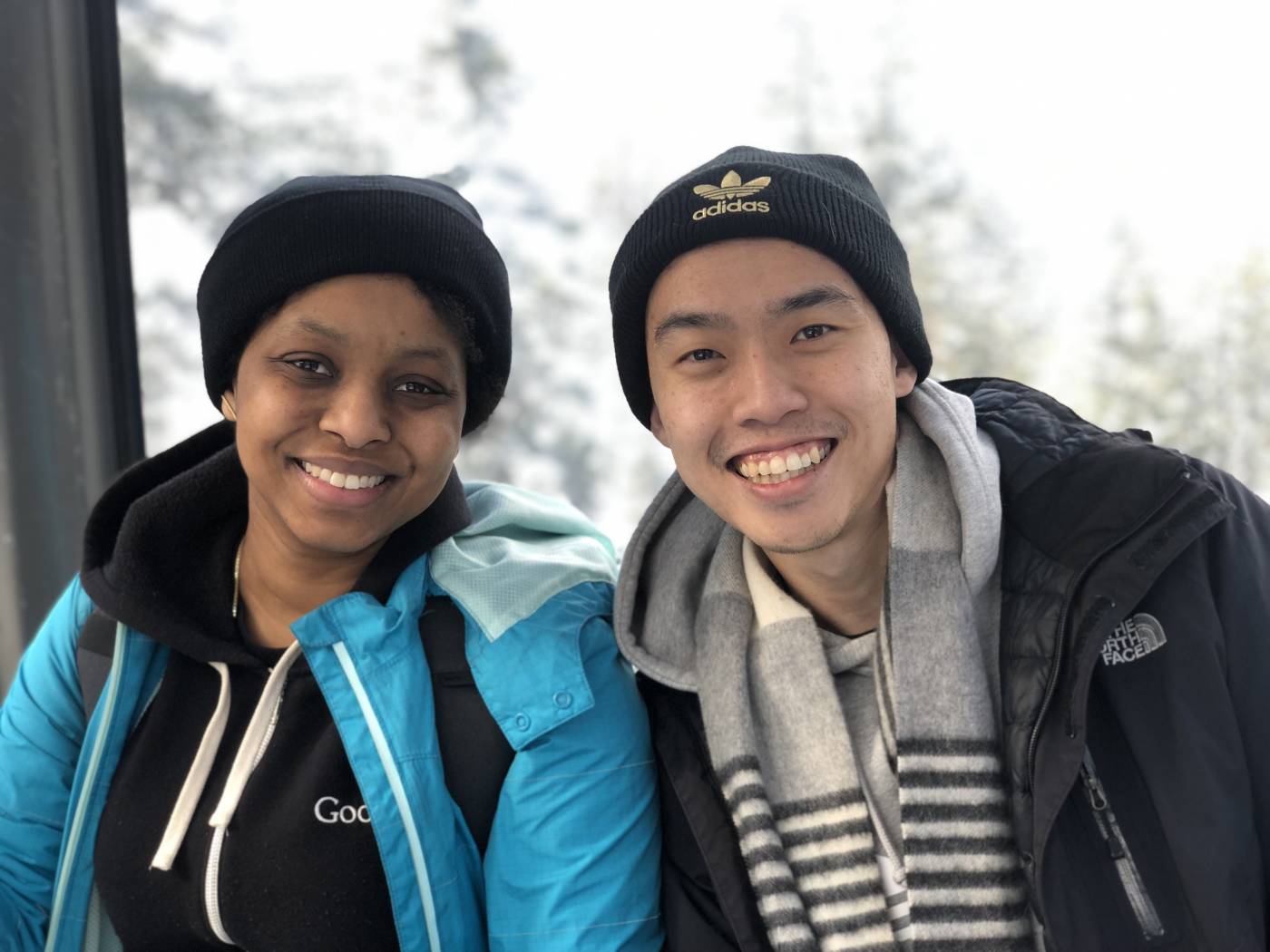 Who are Ramen VR?

Ramen VR is a small independent game studio started by Andy and Lauren. We are gaming industry and technology veterans with decades of combined experience building games and technology platforms. We started Ramen VR to work on Zenith, the first cross-platform VR MMORPG.

We met at Oculus Launchpad, an accelerator program run by Facebook. Lauren and I partnered up for our winning project, Conjure Strike, which was a competitive team-based shooter in VR that we co-produced with Oculus.

That was our first game, which ended up becoming a finalist for Unity VR GOTY and Multiplayer GOTY. Lauren and I really enjoyed that project, so we decided to go full time and start a company together!

How did you do that?

We hammered out the final details of our cofounder partnership on a gondola in the Sierra Nevadas. We felt like heroes in a spy thriller.

Lauren was a Technical Lead at Unity, and I was a Director of Product at Jana.

What's next for Zenith?

We’re launching a Kickstarter next month. We also have an active Discord where we do weekly playtests, where people can sign up.

There is nothing else out there that would allow us to hit our huge, ambitious, vision as indies. Building an MMORPG is extremely hard, but thanks to SpatialOS, we can focus on content instead of server architecture.

We started on SpatialOS, using the Unity GDK. We couldn't have done much of the persistence and dynamic world features. We have plans for really cool monster AI, and even AI avatars for offline players later on.

The inspector has made it super easy to debug server-side things. Also having schemas helps to keep things very clean.

What has been the biggest improvement for you?

The new optimized runtime from a few months ago makes things run much smoother. We also really appreciate the improved transparency on pricing. The roadmap transparency really helps for when we’re planning for things like mobile, which are still pretty early on in development.

For more information on Zenith, check out their Discord and Mailing List. If people with VR headsets sign up, they can participate in free upcoming playtests.