Community spotlight: Why Fight by Build on Barren

Why Fight is a cross-platform massively multiplayer combat game. We caught up with the developers, Build on Barren, to find out more about it.

With the explosive growth of games and the popularity of smartphones, people tend to play games only in their spare time so gameplay is getting easier. Given that trend, we studied many games of the ".io” genre. However, we found that these games, though they say that you’re competing with other players, you’re actually only interacting with AI. In addition, these games are session-based and they are not any type of massive multiplayer game.

After rounds of discussion, we finally decided to use the technology that SpatialOS provides to make truly great games that allows players to interact and fight with each other in the same big world. Players don’t need to open a session or queue to join the game. The gameplay itself is simple, but different roles, game features, support skills, and scene changes make the game battle very exciting. 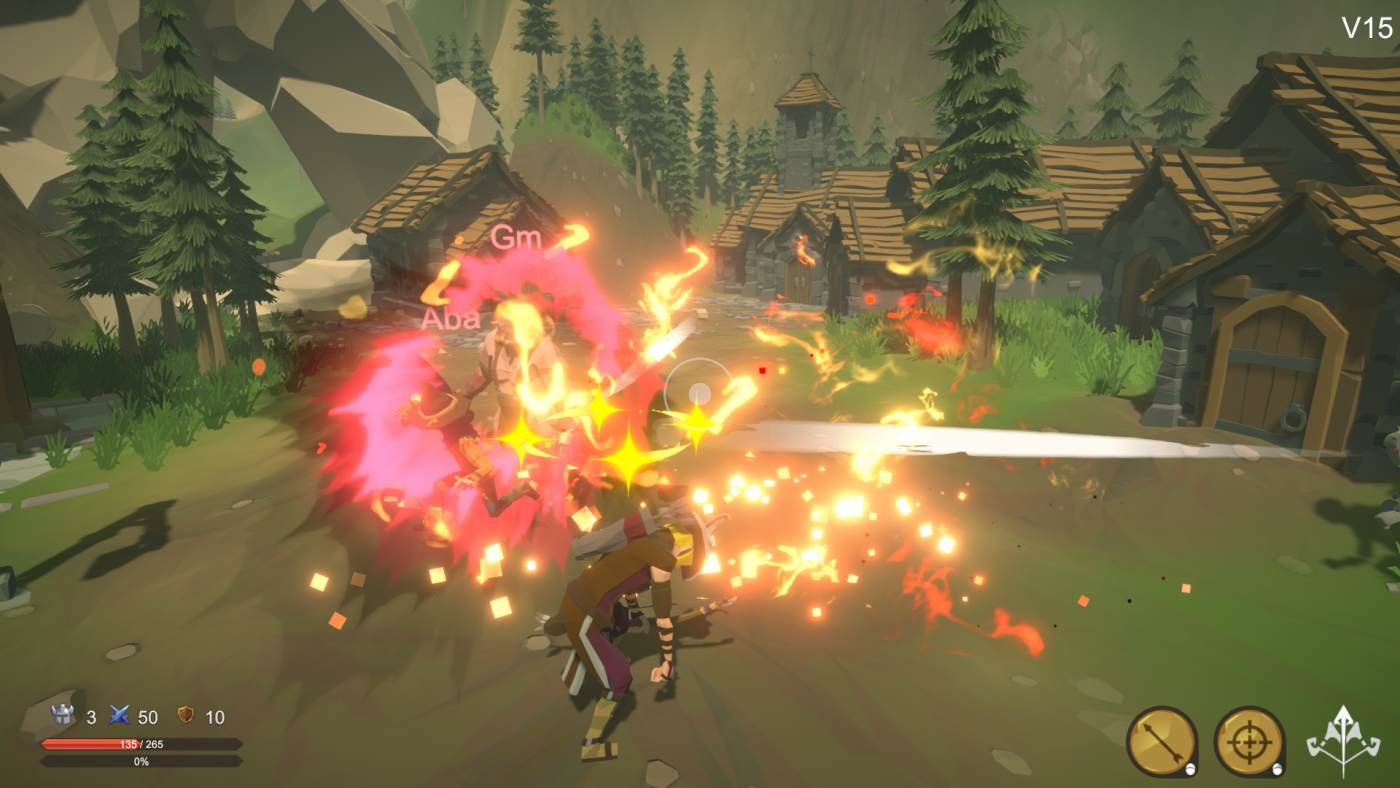 The game is fast - each session only takes about 5 to 10 minutes from your spare time. You select a character, enter the battlefield, kill other players, get a reward and escape the battlefield with it.

What’s unusual is that it’s a unified battlefield - every player is randomly placed on the same battlefield to achieve a truly massive multiplayer mode. Every time you enter the battlefield, you start from scratch at Level 1. Your level increases after you kill other players or monsters. The higher your level, the more powerful you are.

It’s also cross-platform with a single world. Whether you connect from PC or mobile platform (Android or iOS), you will always go to the same battlefield. (We will simplify the battle details for the mobile platform.) 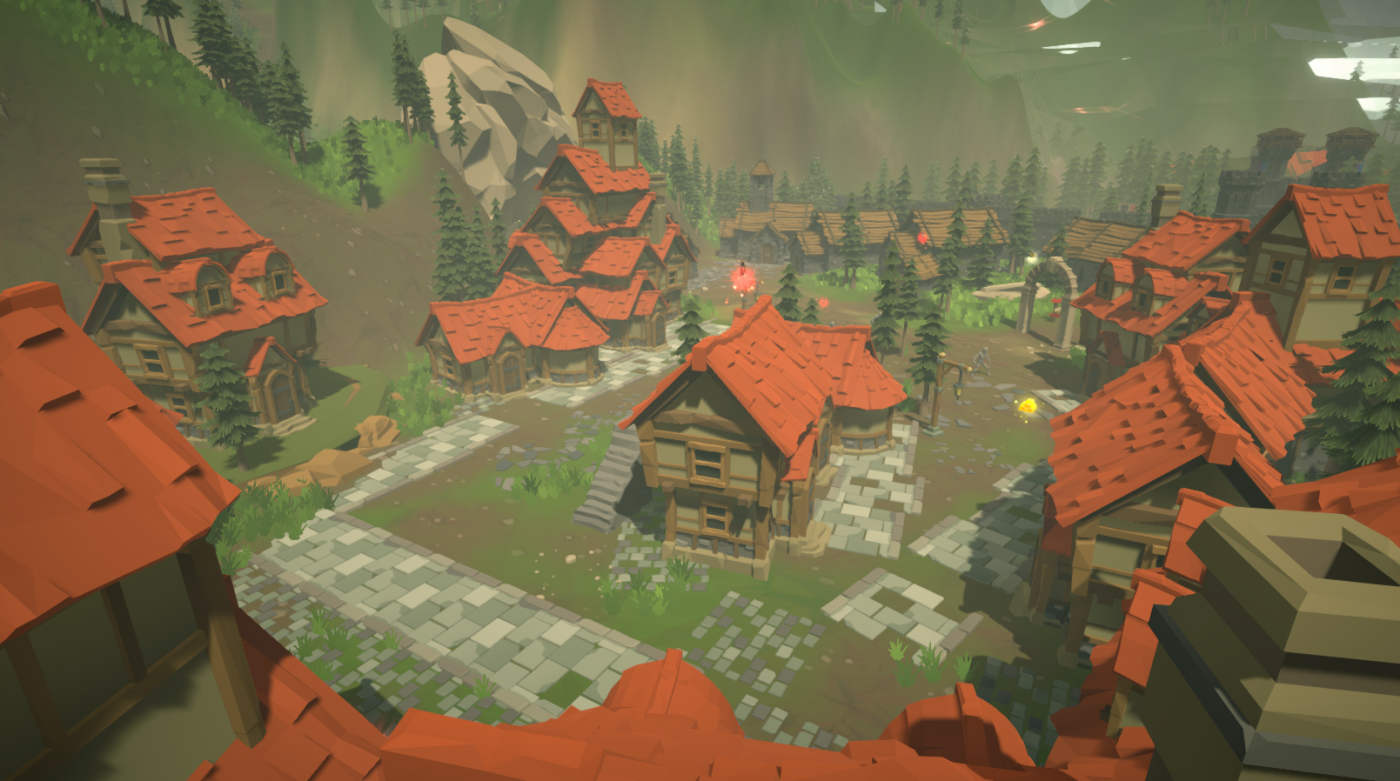 What keeps players coming back?

We motivate players in two ways. We have a competition mechanism, to encourage you to find ways to kill more players and improve your ranking on the battlefield to get more unique rewards. That’s balanced by a risk mechanism - the higher your rank, the more players you will be attacked by. When you’ve got enough loot, you need to escape from the battlefield to retain it. If you die in the battlefield, you will lose half of the reward! When you escape, you can use your reward to unlock new characters.

In addition to the classic big battle mode, we’re also looking to add new game modes. They’ll include siege warfare, where players are randomly assigned to either offensive or defensive teams and whichever teams win will get additional rewards. A boss-killing mode, where all the players work together to kill the boss, and they can receive additional rewards. And a parkour competition, where all the players are transferred to the designated location, and then try to reach the finish line as fast as they can. They will receive rewards based on the rankings.

"Without SpatialOS, we couldn’t have achieved physical synchronization of an authoritative server, high development efficiency or persistence." 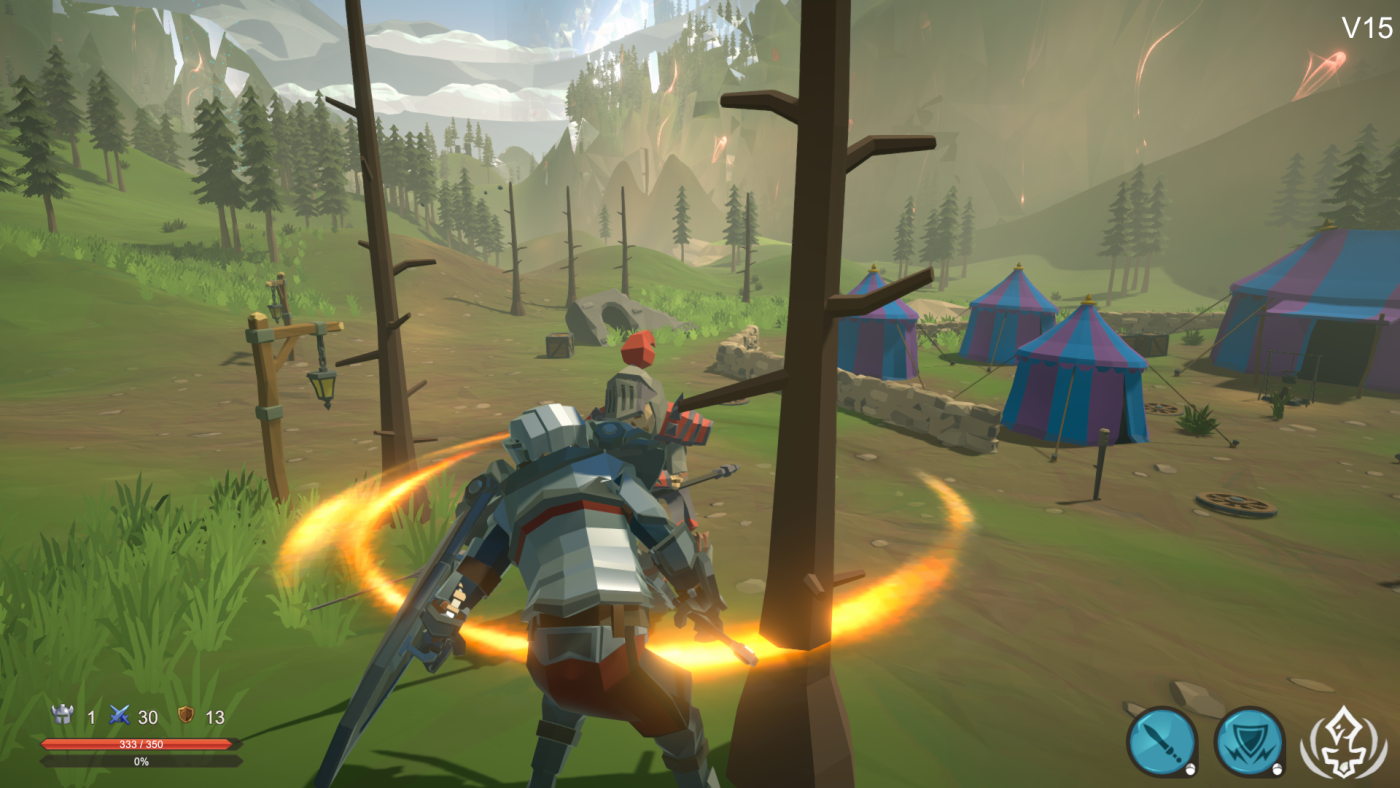 We will develop more characters, battlefield monsters, special modes, support skills, and also make the game available on Steam. We expect to start the first phase of Alpha testing in October and find ways to get funding for sustainable development. Currently the game is running only on PCs, but it’s expected to be also available for mobile devices early next year. Players can log in and play our game at anytime and on any platform with just one account. What’s more, we’ll introduce team mode to the game that allows big battles between teams.

We are Build on Barren Studios, an independent game studio that is made up of 3 people. We were former members of another previous game project. After that project, because we entertained the same ambition and dream, and also knew about SpatialOS, we decided to move ahead to work on the current game project using SpatialOS.

We were previously working on the project named “Infinite Isles”. This was an MMORPG based on Photon Server. However, we didn’t make it after two years’ development. 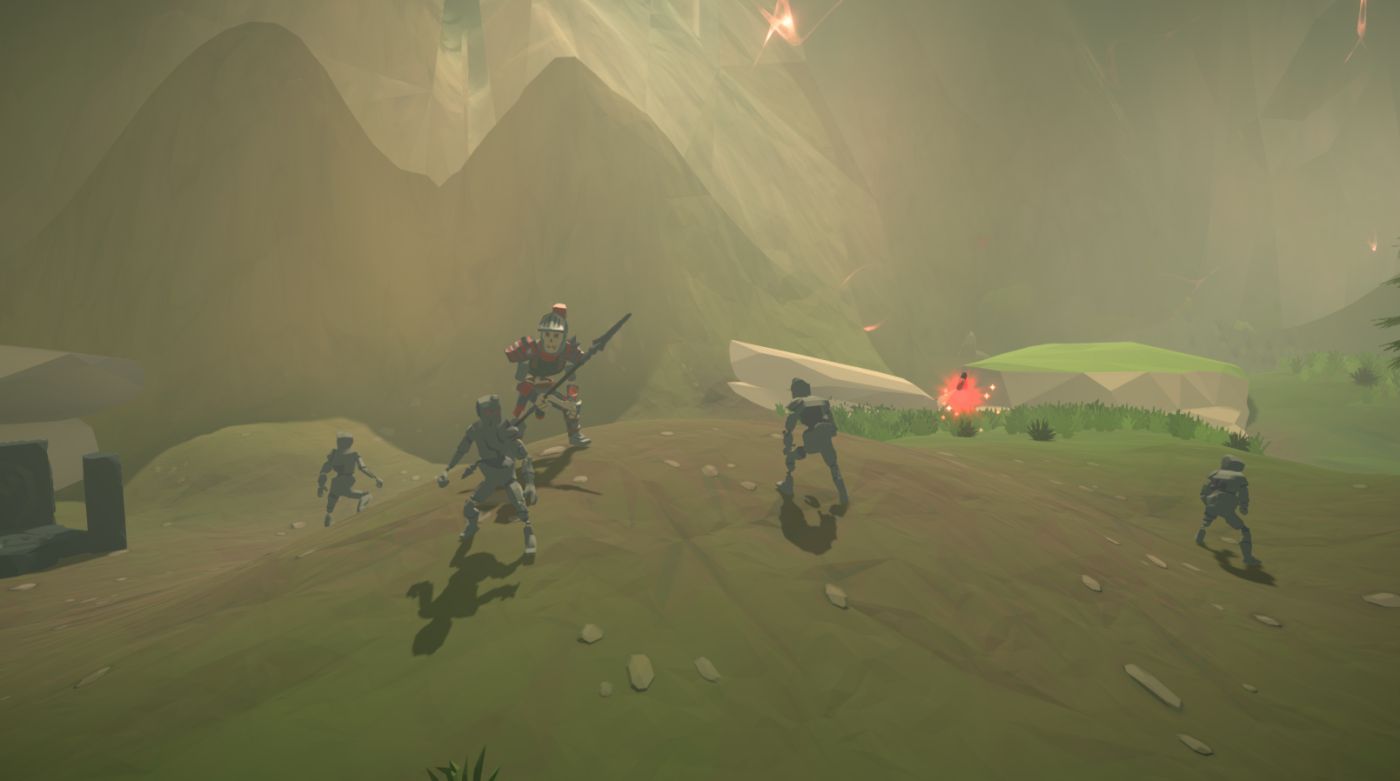 Because building an open game world is very easy using SpatialOS, and this is the main reason.

Before this July, we were using Photon Server to develop the game and then turned to SpatialOS in mid-July. We use Unity GDK and Platform SDK. Admittedly, we are both surprised and enchanted with high development efficiency that SpatialOS provides. Without SpatialOS, we couldn’t have achieved physical synchronization of authoritative server, high development efficiency, or persistence.

The biggest improvement has been game development efficiency. Generating code is very convenient, and this is super helpful to independent developers. In addition, with Unity GDK, we can set up authoritative server using both ECS and Mono, which contributes to all our features and synchronization.

"We are both surprised and enchanted by the high development efficiency that SpatialOS provides." 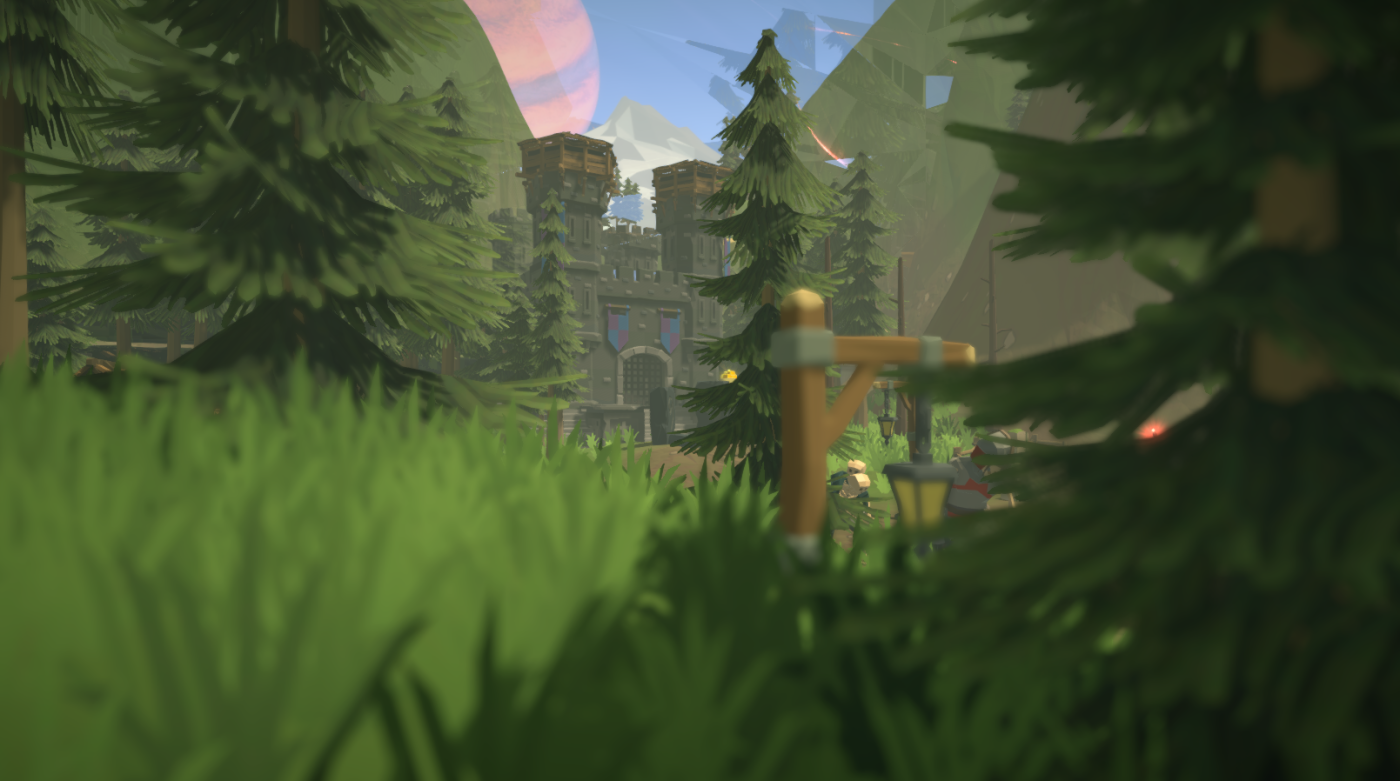 My dream project is to make a game that allows any players to team up with friends in the big battle. They can use different roles to build an unbeatable lineup and to fight to the last minute. In addition, players can enjoy a fair and interesting game environment no matter whether they get connected from PCs or from mobile phones.