Confer-O-Matic is a platform for massive events in an open 3D world, where people can easily meet, network, watch live-streamed talks and have fun. The basic idea is to move real offline conferences to a virtual world while maintaining a strong networking aspect. We caught up with David Ryšánek, one of the creators of Confer-O-Matic.

The technical core of our team consists of 4 software engineers with background in frontend, backend, security, mobile and game development. I personally was a Beat Saber developer for a while and an iOS developer in Avast before that. I also made a couple of small games and visualisations in Unity 3D during the years.

How did your team/studio start? How did the idea for your Confer-O-Matic come about?

In the past 8 years, our team has organised mDevCamp – the biggest conference for mobile developers in central Europe with speakers from all around the world. When COVID-19 hit the planet this year, it also hit us. We decided to go online, but we didn't want to have a standard boring web-based video streams. We wanted to maintain the networking aspect of the event (i.e. chatting between people), because the community is very strong. So we agreed that we need to have a 3D or VR world in which people can still meet and chat in person. We did some research, but no solution was suitable for our needs. Sometimes it was bad MacOS support, limited presentation, unstable app, no clear pricing and even laggy communication with the companies. We were desperate and started joking that we would develop the solution ourselves. After two weeks, we started to make it come true.

Our solution is more a game than an online event, therefore people have more fun and are more open to networking, which is one of the most important aspects of every event. Thanks to SpatialOS, there can be several hundreds or even thousands of people in a single open world, so you can literally meet your friend or colleague on a virtual street and have a quick chat.

Tell us an interesting fact about your team or your project

In the middle of the development, my second child was born, which effectively cut my full-time development down to a part-time job. 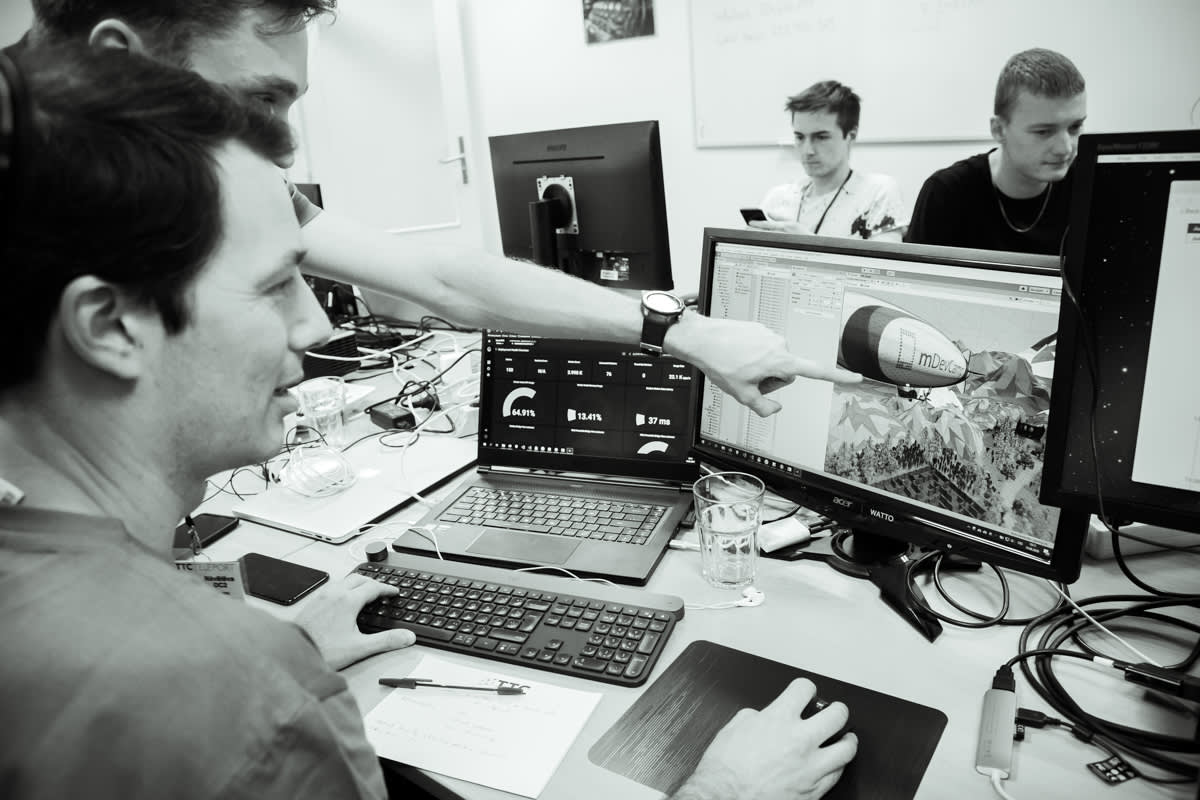 What's next for the team behind Confer-O-Matic?

We are having conversations with various event providers and organisers about how can we help them to host online or hybrid events. We are also discussing how to do internal "all hands" meetings in which employees from all around the world can meet and talk to each other in an entertaining way, as that is impossible to do in the real world for big companies like MSD or Microsoft. You should be able to see couple of events powered by Confer-O-Matic in the near future.

To create something memorable. To make a game with great gameplay, without being concerned about revenue.

Has Confer-O-Matic been used for a live event before? Tell us more about the experience?

We successfully used Confer-O-Matic for mDevCamp https://mdevcamp.eu/ conference mentioned earlier. There were several hundreds of people in the 3D world without any struggle. Thanks to SpatialOS we were able to tweak some values on the fly. For example,we were able to start the after party with music and fireworks for everyone at the same moment at the end of the event. Everything just worked :) mDevCamp powered by Confer-O-Matic was proof of concept and its success really opened some doors for us.

How was the user feedback on the experience of using Confer-O-Matic?

We received awesome feedback from both attendees and partners (Microsoft, MSD, Bitrise, JetBrains…). For many of them, it was their first experience with such a concept and they loved it. Let me quote some of the feedback:

“I am delighted. I hope that this will be the direction in which other online conferences will go.” programistkaikot.pl

“I think @mDevCamp just nailed the part I was missing the most in remote events -- the "being in the room" feeling.” @Valzevul

“Great job guys!!! this is the real virtual conference on steroids” @dominik_simonik

We did some research and SpatialOS simply provides the best features without artificial limitations at a reasonable price. The most important features for us are a massive amount of players in a single world, extensive configurations, free project, great profiling and analytic tools. Some other solutions are a bit easier to use but they are lacking the advanced features SpatialOS offers. 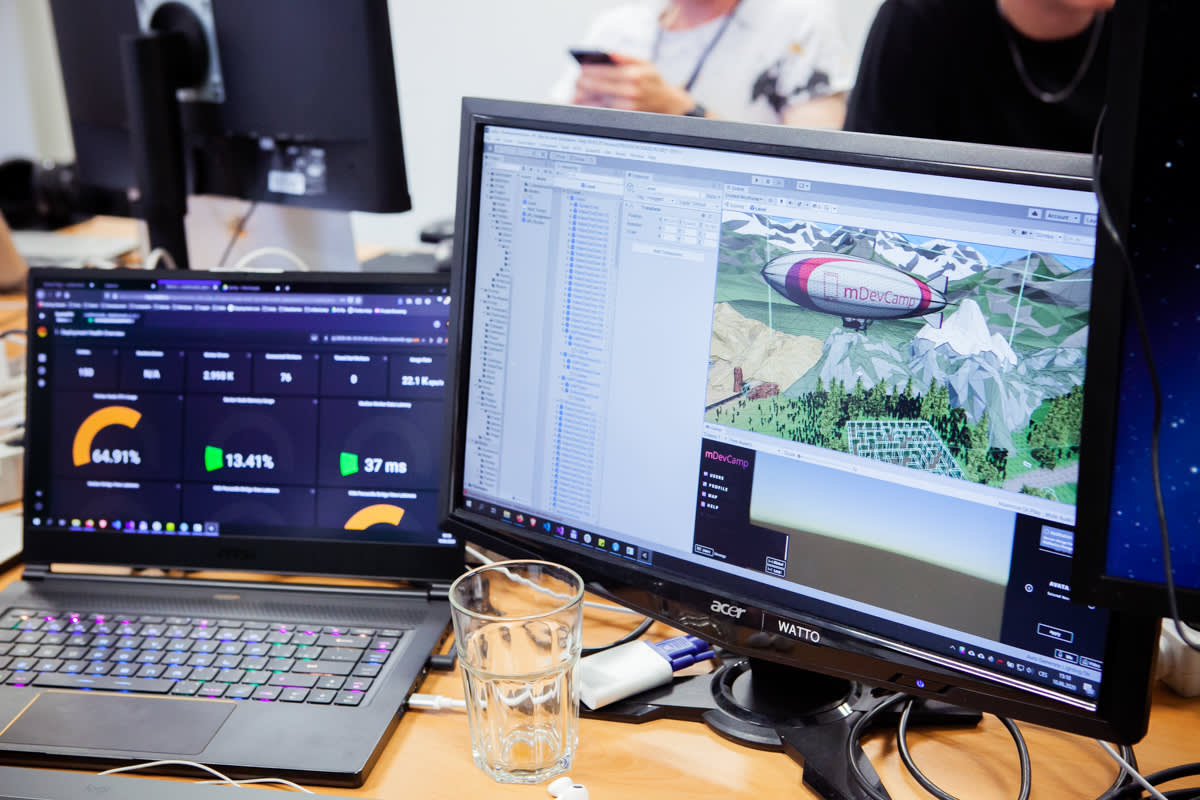 We started from scratch. It was also our first multiplayer development experience.

What couldn't you have done without SpatialOS?

Having a large number of players in a single world would be really difficult without SpatialOS.

What are your favourite SpatialOS features?

The profiling and analytic tools are great. We are used to using Grafana and having such detailed insights about what’s happening on the backend is really helpful.

What other games/projects would you be interested in building on SpatialOS?

To build a massive multiplayer game/simulation involving players in a living voxel city with thousands of NPCs which learn and evolve based on experience from previous sessions.

If you’re working on a SpatialOS game or project and are interested in it being featured on our blog, contact our community team