Antares Open World is so ambitious as to defy easy description. We caught up with its solo developer, Jan Ohlmann, to find out what exactly the game is. 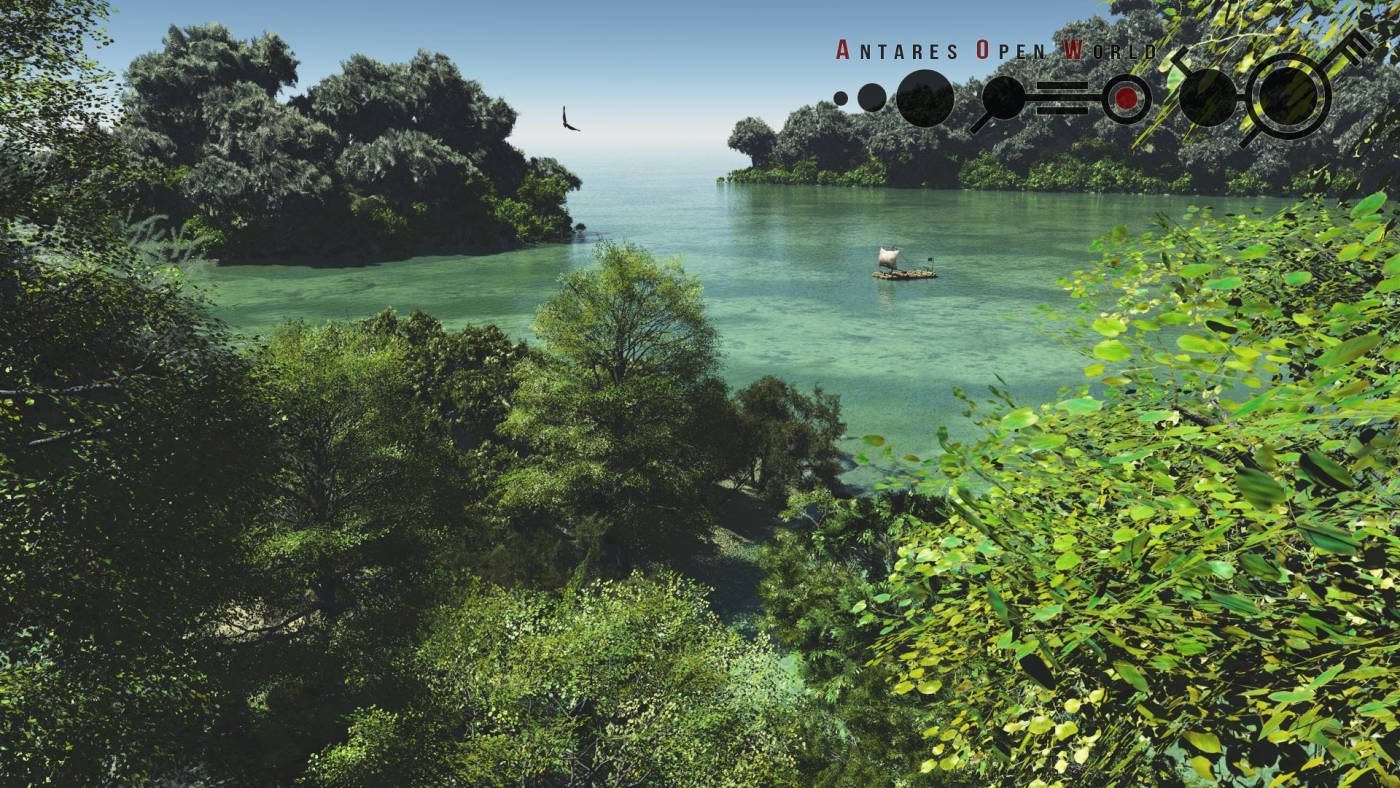 What is Antares Open World?

Antares Open World (AOW) is a hybrid open-world MMO RPG agent simulation, based on a 4X strategy and survival player-driven sandbox concept. It follows the natives of Antaria, a civilization driven by conspiracy theories, hard facts and ideologies, in a world seemingly swayed by myths and legends.

In Antares Open World, reality and perception will become blurred. Trade wisely, because nothing is how it seems. Get to the bottom of mysteries. Question postulated facts. Trust no one. Antares Open World will take you into an ancient world where you have to draw your own conclusions, decipher messages, and rewrite Antarian world history.

It’s inspired by the basic idea of gaining knowledge from the game’s own highly dynamic systems, so the player is left with powerful influential variables in their own creative world, where they can do whatever they imagine, leaving a world that they have created. When the player is offline, their character will continue to follow their acquired knowledge and patterns.

It won’t be a casual game. Our ambitious goal is for it to become one of the most complex MMOs of tomorrow.

Some of the key points are that it’s an AI-controlled environment; a closed entropy-based reciprocating system, where everything is mortal; and a hybrid 4X real-time strategy. It’s a complex life sim, which simulates the perception of every human sense, with a real-time skill system based on observation and interaction. In short, it’s only limited by my funds and lifespan. 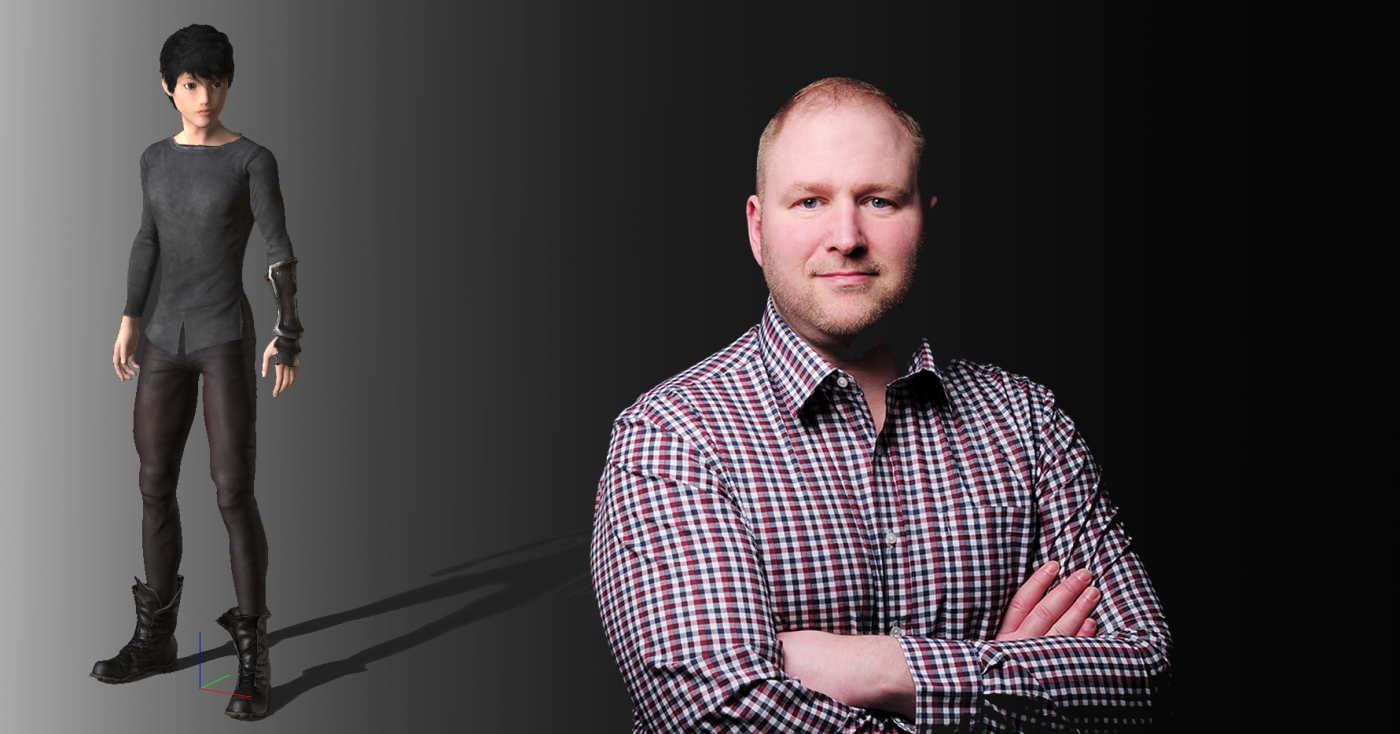 I'm an independent game developer who's always looking for like-minded people to help implement my ideologically inclined and ambitious game idea. I want to really involve the community in the development process, and I’m still building a core team.

At the moment, this is an open community project, and anyone who wants to join in is very welcome. I'm planning a Kickstarter campaign in the next few years, and I hope that my passion for AOW will enable me to create a sustainable organisation.

I actually have a full-time job as a senior data engineer, and I also train IT specialists for application development, but on top of family commitments, I try to work on Antares Open World every day. 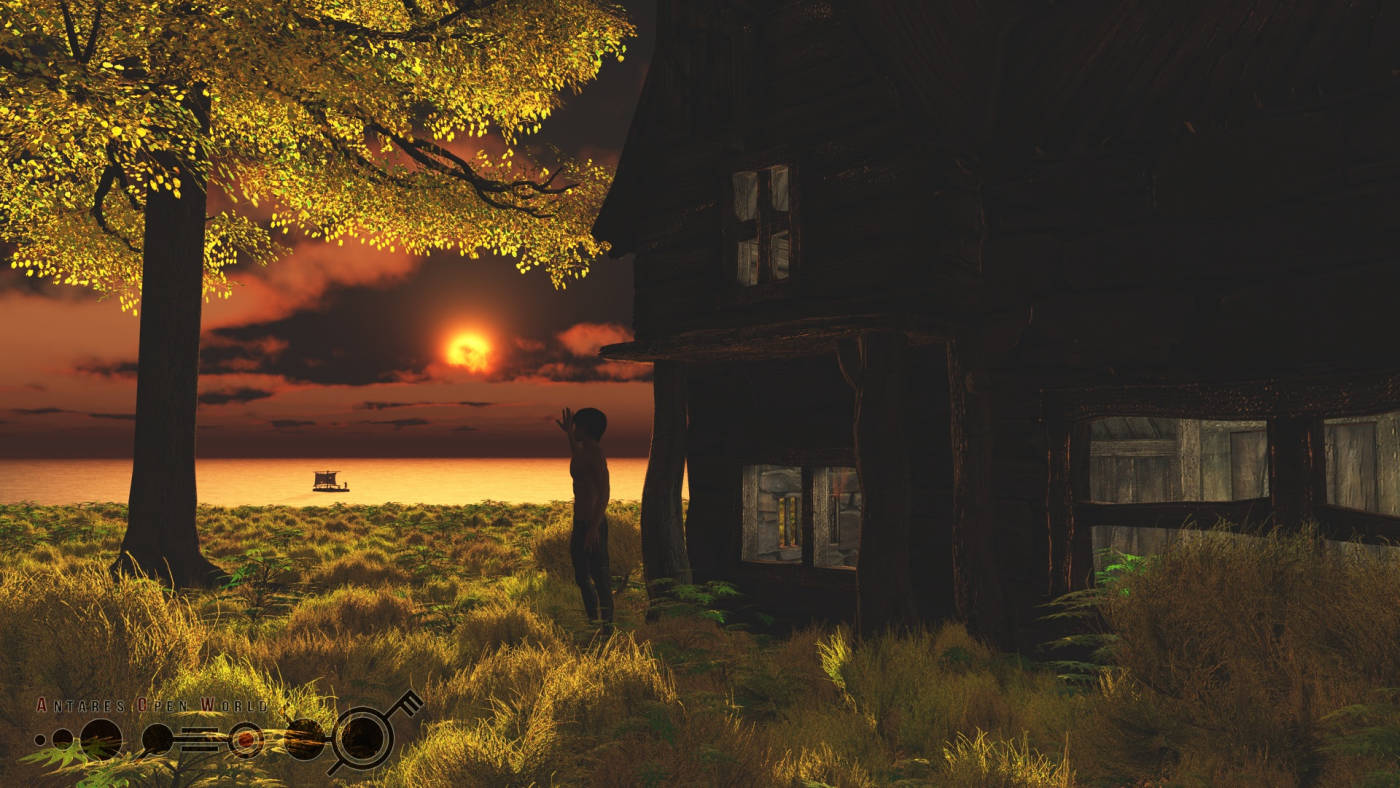 How did the idea for A:OW come about?

After more than 20 years of playing RPGs, I decided it was time to bring the ageing genre up to date. Generally, the genre suffers from simplistic game physics in order to attract casual players, and keep development cost-effective and fast. Consequently, game depth, complexity and immersion suffer.

What good is a skill system if all the skills look the same, just different colours? I want to be proud to have acquired a new achievement. To be unique, to have something other players don't. I want to be able to buy land, build a house, get married, age, dig caves, build walls, grow plants in my own garden, see how tides, the weather or natural disasters affect me. I want to dive, swim, ride, sneak, camp, eat and drink, tame animals, and fight for myself. I want to attend occult rituals, give offerings or found whole religions.

Everything should interact in a highly dynamic world. I want real-time time management, in which the game continues when I can't be online. I want to be administratively active, be able to give bounties, distribute loot fairly. Yes, also want to be infected by diseases if I’m careless. I want real questing without quest markers. I want a huge genetics pool of infinite character traits. Above all, I want my achievements to increase in value and not become worthless with the next patch. I want to be able to collect everything, but also be able to use it sensibly.

And I want to do all this with the willingness to compromise, to be able to learn... This is Antares Open World!

Antares Open World can be seen as a sandbox, in the sense of playing a game with complexity. We love complexity and metagaming. There are plenty of games on the market that have lost complexity over time due to their generalization, and they no longer hold any interest for the creators and founders of Antares Open World.

What's next for your project?

I’m currently working on the procedural terrain module, and my next task will be the implementation of the transvoxel algorithm, to merge the automatically generated elevation maps with the voxel technology at the POIs of the players, on the basis of interaction. 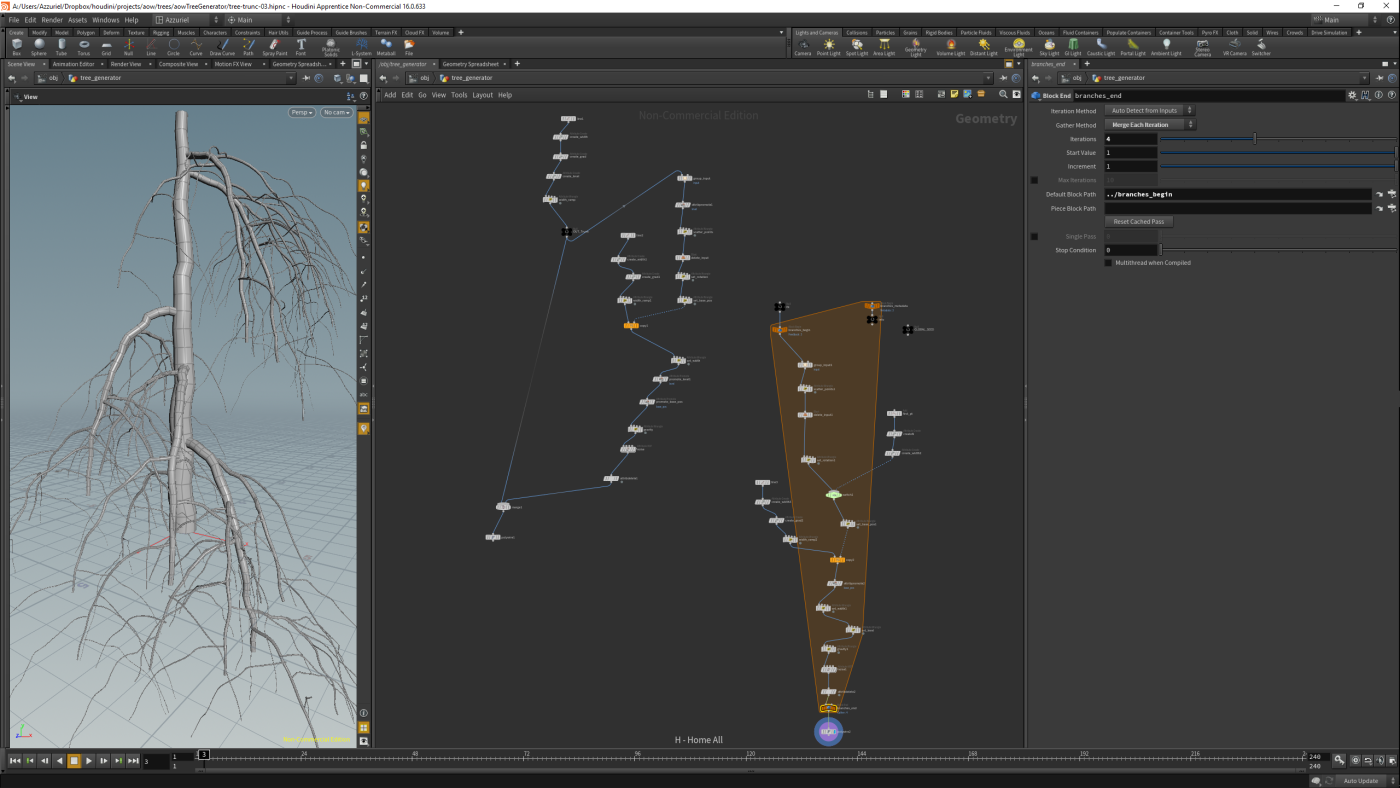 "I’d need at least five full-time developers dedicated to the business logic of the game if I didn’t use SpatialOS." Jan Ohlmann, Antares Open World

SpatialOS enables me to make my MMO visions of highly scalable and persistent worlds come true. Without SpatialOS, I’d need one or two years of time and expertise for the implementation of the MMO component alone. Being a senior data engineer myself, I appreciate the effort behind SpatialOS. I estimate that I’d need at least five full-time developers dedicated to the business logic of the game if I didn’t use SpatialOS. In short, I can bring the game much closer to my vision in a fraction of the time otherwise needed.

SpatialOS provides my project with momentum. With it, I can integrate the existing AOW community into the development process at any time in the future. I also have access to the same tools that are normally reserved for large studios. It offers distribution of the payload on different servers, the implementation of match-making services, multiple deployments, the creation of authority boundaries with overlaps, and automatic adjustments of player densities.

As I am still very early in the implementation phase, I can basically develop from scratch with SpatialOS. I develop with Unity 3D, Entitas and WWISE, and I use the GDK from SpatialOS. 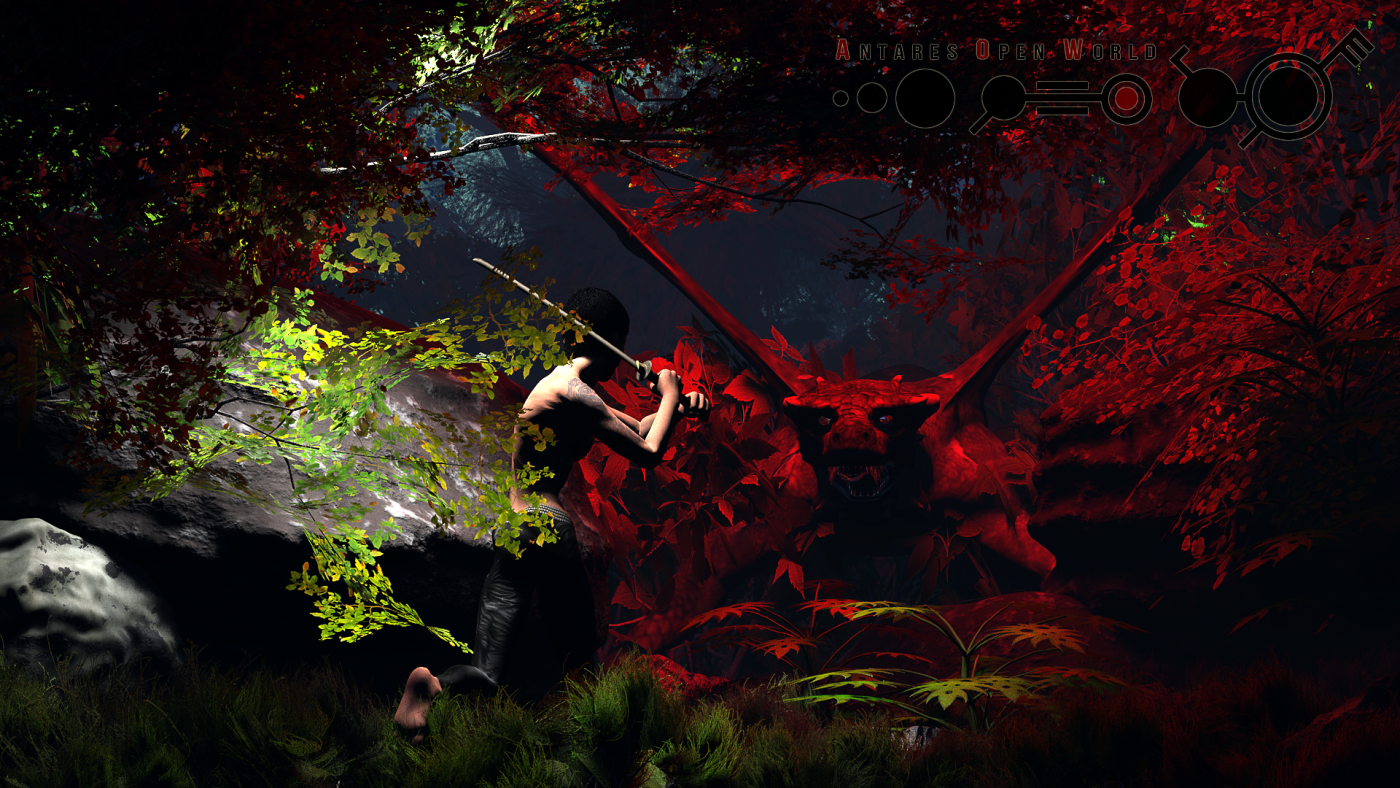 What is your favourite feature?

Being able to use it with Unity 3D and switch to your own game engine at any time. Or the Entity Component System (ECS) architecture! I use the ECS workflow in Unity; the Entitas (ECS) framework is the link in my business logic; and now I can also use the backend ECS, thanks to SpatialOS. The ECS architecture offers so many advantages, and is absolutely perfect for game development.

Is our roadmap helping you plan for development? Is there anything else you need?

I hope there will be tutorials to help me build my own AOW launcher. It takes a lot of time to do that independently. It would be a real boon.

None – Antares Open World is my life's work. However, I can imagine expanding to an AOW franchise.