Offworld Industries is known for making realistic, squad-based combat game set in the modern world. Growing out of the modding community of Project Reality, they more recently released Squad, an online multiplayer shooter with an emphasis on communication and team play, built on Unreal Engine 4.

Squad is a large scale online FPS focused on real-world combat, with up to 100 players fighting in multiple squads. The focus is on emergent gameplay from complex systems and combined-arms combat.

At Improbable we are fans of Squad and Unreal Engine, and we’re excited to work together with both to investigate the possibilities of SpatialOS to enhance this kind of tactical, team-based combat.

“We’re leveraging UE4 as the engine, and with SpatialOS providing a complete cloud-based multiplayer solution, the potential exists to build something game-changing.” says Chris Greig, Head of Publishing at Offworld Industries. “We’re hugely interested in the possibilities for growing player numbers while maintaining the fidelity and realism that players expect in a detailed, realistic military combat game. That has great implications not just for games but for other simulations using game engines.” 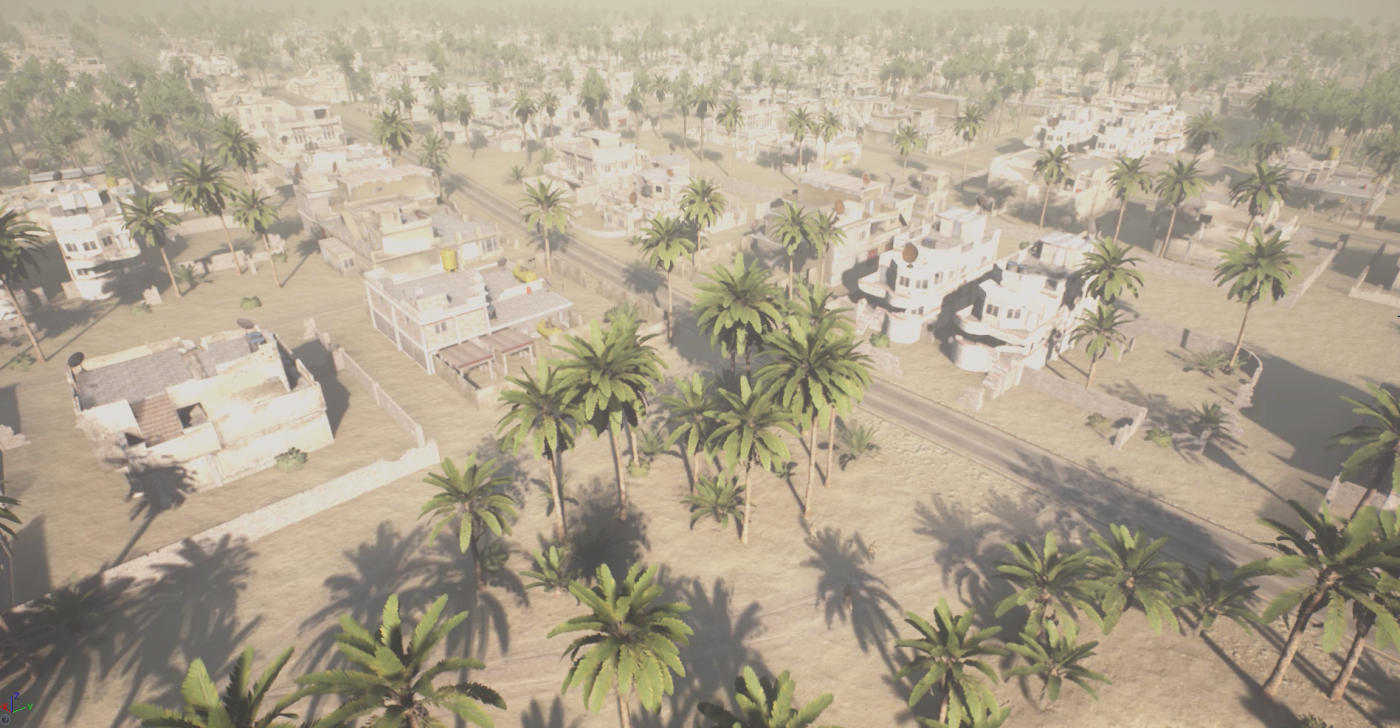 Although a simpler integration might only enable small-scale multiplayer, the flexible architecture of SpatialOS means that you can start small and, over time, alter your design, maybe expanding the scale, maybe adding more complexity. SpatialOS stitches together many servers into one, enabling much greater numbers of players, NPCs and gameplay systems.

Offworld Industries’ first step was to look at the Shooter Game, ported to the SpatialOS GDK (Game Development Kit) for Unreal Engine. Drawing on the expertise and resources of Squad, they have created a new set of character and environmental art assets for the game running on SpatialOS.

The result? A reskinned version of the Shooter Game, with the look and feel of a modern, realistic squad-based combat game. It looks great, and it’s the first step towards a new kind of FPS game, combining team dynamics, communication and close cooperation in a modern combat environment.

Then consider the ability to build efficiently, ship quickly and innovate easily due to the cloud-based nature of SpatialOS, with increased immersion, AI complexity, scale and player numbers enabled by SpatialOS’ multiserver architecture. The possibilities are truly exciting.

This is just the beginning - the many bespoke features of a game like Squad make for a fundamentally different game experience from a run-and-gun shooter. But we believe that mixing SpatialOS, Unreal Engine and experienced game development talent like Offworld Industries will show what can be achieved with best-in-class commercial gaming tech - more realistic, more engaging virtual environments, with the capability for richer, more emergent tactical combat. We’re looking forward to seeing, and sharing, what comes next.

Find out more about SpatialOS for Unreal